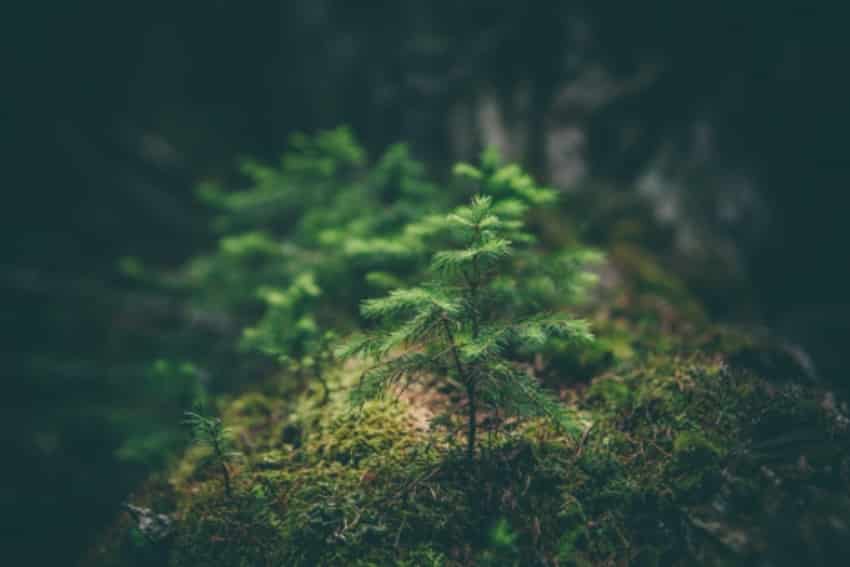 We all know how good it feels to recycle. When we make the conscious choice to put our plastic bottles in the recycling bin, it seemingly gives us power to control our own habits for the benefit of our planet.

Unfortunately, a recent study suggests that even with our best intentions only nine percent of the world’s plastic is recycled, meaning that tonnes of recyclable materials are still ending up in landfill in the best-case scenario, or oceans and other ecosystems in the worst-case where litter wreaks havoc on the environment and wildlife.

It is clear that while we may be doing our best to manage the world’s waste problem, change needs to be implemented both at higher levels and on a larger scale if we want to preserve our ability to live on this planet. Countries who began the process early have seen highly successful results in a relatively short period of time, such as Germany which had a recycling rate of just three percent in 1991 but today has the highest recycling rate in the world, and Wales which has gone from recycling five percent of household waste to 64 percent in just twenty years.

One country to recently develop a national strategy to change the way waste and recycling is managed is Australia, who introduced a National Waste Policy Action Plan. With a goal of reaching a national resource recovery target of eighty percent by 2030, the government is aggressively funding and creating action plans to achieve it.

They pledged $190 million to a Recycling Modernisation Fund which will support investment in new recycling infrastructure, plus an additional $15 million to implement commitments to their action plan and $24.6 million to improve national waste data to assist in tracking progress against recycling targets.

Perhaps most importantly, they have announced an investment of $1 million to establish a Product Stewardship Centre of Excellence. Vik Bansal, the CEO of Australia’s largest waste management company Cleanaway, has stated that product stewardship is one of the most essential elements to creating a more circular economy, and he along with the Waste Management and Resource Recovery Association of Australia (WMRR) have praised this most recent step taken by the government.

But in order to understand how these steps will affect the country, we should first explore the problems Australia has faced with waste and recycling management in the past. The country creates approximately 67 million tonnes of waste each year, with 3.4 million tonnes of that being in plastics alone. Of those plastics, only 320,000 tonnes were recycled, and the majority of it was exported rather than being processed in the country.

Prior to organised kerbside collections, communities recycled through bottle drives, regular paper and cardboard collections and drop-off points, and trips to the scrap metal merchants to sell metals. In recycling jargon, this is called “source separation” which creates a clean recycling process that requires little sorting at the plant.

Kerbside collection of commingled recycling allows households to put mixed materials in the same bin to be sorted at the Material Recovery Facility (MRF) which increases the cost of recycling and can impact quality.

Again, economics played a factor when China and other developing countries began importing paper and plastics to generate their own waste management industries. With an off-shore option for processing recyclables, there was little incentive for companies to improve sorting and processing technology on-shore, resulting in a lack of development of their own circular economy.

However, as China’s middle class has grown the country has slowly been moving away from the manufacturing industry dominance they held in the past. China’s National Sword policy increased the quality criteria for imported materials, demanding only clean, separated plastics, and preferencing recycled material collected in their own domestic market.

Other countries quickly followed suit, significantly reducing off-shore markets for recyclable material as many countries like Australia had neglected to develop their own recycling infrastructure due to the affordability and convenience of exporting it.

Currently, there are 193 material recovery facilities in Australia, operating with a range of manual and automated sorting technologies. These facilities accept mixed recycling which is first placed on a conveyor belt and carried to a sorting line. In most facilities the first sort is manual, as people line up along the belt and remove contaminants such as non-recyclable plastic, used nappies, e-waste, textiles and other rubbish which is then sent to a landfill.

The rest of the material then goes through a variety of systems that sort out objects by size, shape and material type. There is a section where flat materials such as cardboard and paper pass over and other materials drop down, separating  glass and plastic, and magnets that collect cans and other steel objects. Finally, most of the sorted materials are compressed and baled for efficient transport.

The government is working with organisations like WMRR, whose members include some of the largest waste management companies in the country such as Vik Bansal’s Cleanaway, to ensure that they will be able to meet the challenge of creating a better waste and recycling management economy.

“There is no other time in the history of the waste management and resource recovery industry where there has been so much change in such a small period of time,” said Bansal. WMRR’s mission is to provide a peak national forum to foster the necessary structural and cultural changes within our membership to enable the waste management industry to respond to the demands for integrated resource management services.

The peak organisation recently released a statement applauding the government’s establishment of the Product Stewardship Centre for Excellence, saying it was a strong signal that they were committed to building a remanufacturing sector in the country.

But what is product stewardship?

Since the introduction of the recycling narrative, the responsibility has been placed on the consumer to drive the process rather than the businesses and companies that continue to produce and use single-use materials. As the world’s waste problem grows — heightened by Asia’s recent limitations on their recyclable imports — it is becoming abundantly more clear that the trinity of “reduce, reuse, and recycle” must be participated in from production to consumption.

This idea is encompassed in the environmental management strategy of product stewardship. The philosophy of the strategy is that whoever designs, produces, sells, or uses a product takes responsibility for minimizing the product’s environmental impact throughout all stages of the product’s life cycle, including end of life management.

While all within the product chain have roles to fill, the greatest responsibility lies with whoever has the most ability to affect the full life cycle of environmental impacts for the product — more often than not the producer. Bansal has been vocal of his belief in the necessity of product stewardship in a circular economy.

“The Australian government must introduce tighter product stewardship laws to ensure manufacturers and retailers take responsibility for the products they sell once they become waste,” said Bansal. “Laws on mandatory recycled content in packaging will have a similar effect. These steps – currently planned but yet to be implemented – should ensure a smoother transition toward a circular economy, with manufacturers required to consider the total life cycle of their products and packaging.”

Product stewardship has been proven to be one of the most effective strategies in transforming the view of waste into a resource (it is an idea that has long been implemented by Germany.) Through the new Product Stewardship Centre of Excellence, mentoring and best-practice guidance will be provided to educate and engage businesses while also facilitating industry linkages to support national industry-led schemes.

The centre was funded through the National Product Stewardship Investment Fund, a $20 million allocation that is also considering the potential of over 100 other schemes big and small, and will be co-hosted by the University of Technology Sydney’s Institute for Sustainable Futures, the Australian Industry Group, and Cox Inall Communications.

By making the establishment of the centre one of their first initiatives with the investment fund, the government has created an expert body that can be utilized in future funded projects, improving overall recycling rates by supporting both existing and new product stewardship schemes.

Before the end of this year, the Australian government intends to release a National Plastic Plan that will comprehensively illustrate the steps that will be taken toward a more circular economy.

Cleanaway’s Bansal believes that while the government, industry, and public are rising to the challenge of achieving true closed loops, there is much more that can be done, saying of the opportunity “building a world-class closed loop economy presents an enormous opportunity for growth, increased employment and exponential environmental benefits that we cannot afford to waste.”