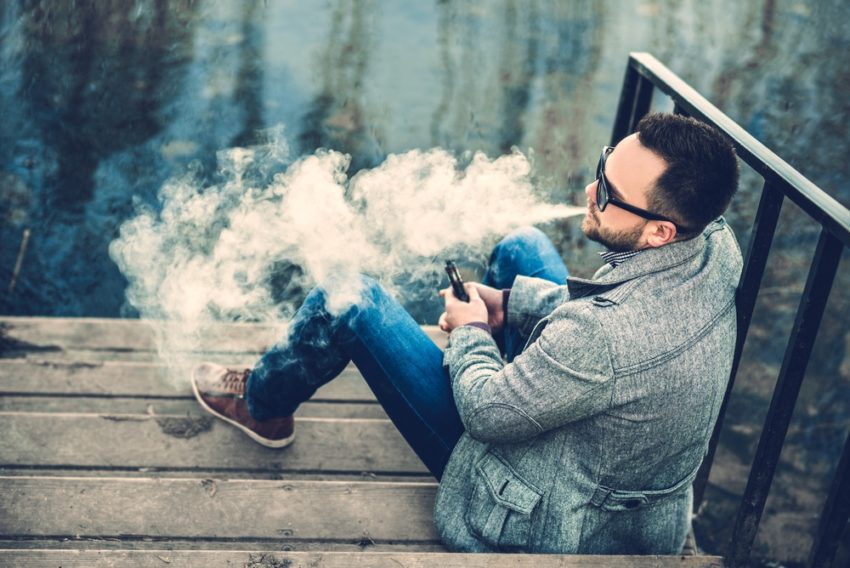 A considerably large number of people are opting for vaping instead of tobacco smoking.

As an alternative to smoking, vaping has become quite popular amidst research that indicates that vaping is a good alternative.

Tobacco smoking presents many health concerns and this gave rise decades ago to researchers seeking alternatives to smoking. Some governments of developed nations have taken steps to limit advertising and acceptance of cigarette smoking. They have done this through enacting legislation and series of public service programmes aimed at educating and informing the citizenry of the dangers of cigarette smoking as well as second hand smoke.

Vaping is the act of using a vaping device to inhale and exhale a vapour. Vaping derives its name derives from “vapour”, because while tobacco cigarettes produce tobacco smoke when the tobacco in the cigarette combusts, vaping does not combust. Rather, when the vaping liquid in the tank is heated, it produces an aerosol. Combustion produces chemicals that promote the formation of cancer. These chemicals are called carcinogens.

Vaping does not produce carcinogens and other toxic chemicals, rather it produces food grade chemicals as well as nicotine; provided nicotine is included to the e-juice. Food grade chemicals are relatively less harmful than the toxic chemicals produced during combustion of tobacco. The devices used for vaping are called vapes, or vaping devices. The device typically has four components including a power source (which is a battery), a mouthpiece used for inhaling, the heating element, and a cartridge which holds the e-juice which is the vaping liquid.

Vaping devices can be vape pens, e-cigarettes, and advanced personal vaporizers. They can resemble USB memory sticks, pens, cigars, and tobacco cigarettes. When the device is in use, the battery heats up the heating component which turns the e-juice into an aerosol or vapour, the aerosol is then inhaled and exhaled. Vaping is widely considered to be an alternative for smoking.

What Makes Smoking Different From Vaping

Tobacco smoking is more expensive overall than vape because of the high costs of cigarettes compared to vape. Vape is relatively cheaper and considering that most of the components of the device are non-disposable. For instance the device is re-usable, and although the e-juice is replaced regularly, it is still cheaper than cigarette smoking in the long run.  The vaping devices also come in a reasonable and affordable price range that can accommodate various budgets.

The addictive component of tobacco smoking is nicotine. Vapour contains nicotine depending on whether the person decides to have nicotine in their e-juice.  Nicotine in the e-juice comes in different strength levels and the vaper is at liberty to choose the amount they consume unlike in tobacco smoking.

Vaping gives people a level of control over the amount of nicotine they consume. This option is not available to tobacco smokers because standard cigarettes already contain nicotine. On the other hand, vaping juice comes in different nicotine strength levels ranging from nicotine free to high-strength nicotine. One advantage of this feature is that it allows people control their nicotine intake, and they can increase or reduce it accordingly.

Vaping liquid is available in different flavours such as savoury, earthy, fruity, fresh, menthol, sweet, mint, or flavourless. This enables the consumer choose whatever flavor they want and they can switch between flavours when they want to. Tobacco cigarettes do not have this feature.

Recent research on vaping vs smoking reveals that vape is less harmful than smoking because apart from the carcinogens produced during combustion of tobacco which are obviously harmful, cigarette smoke also contains thousands of toxic chemicals which lead to serious diseases.

Tobacco smoking produces secondhand smoke, which is also known as (ETS) environmental tobacco smoke. When bystanders and non-smokers are exposed to ETS it is called passive smoking or involuntary smoking, and research shows that it has the same toxic chemicals that are contained in tobacco cigarette smoke. It also causes the same serious illnesses in people who inhale ETS as tobacco cigarette smoking does in smokers.

Vaping on the other hand does not produce secondhand smoke, and so is a better alternative. Vaping results in cleaner air in the immediate environment of the vaper as compared to tobacco cigarette smoking.

Vaporesso starter kits start from $14. There is a lot of variety in style, type of vape, flexibility and simplicity of the kit. Each Vaporesso starter kit is easy to use and operate. Examples of other starter kits available are the Zero and Orca Solo vape pens which are both great for beginners. A great benefit of Vaporesso kits apart from the style and quality is that the consumer gets to decide on the nicotine strength of their e-juice. The person can choose to start with high-strength nicotine or nicotine-free altogether, or reduce the nicotine strength gradually.

The side effects of tobacco smoking have been well documented over the last few decades. Some of them are cancers, breathing problems, lung diseases, chronic obstructive pulmonary disease, low sperm count, and bronchitis. All these side effects are greatly reduced with vaping.

Vaping has a variety of flavors and is much cheaper than tobacco smoking. Vape is available as easy-to-use starter kits which allow beginners understand the vaping device, learn how to operate it properly, and use it effectively. Vaping does not produce ETS, ash and tar, and offensive odours and therefore is a good alternative for smoking.