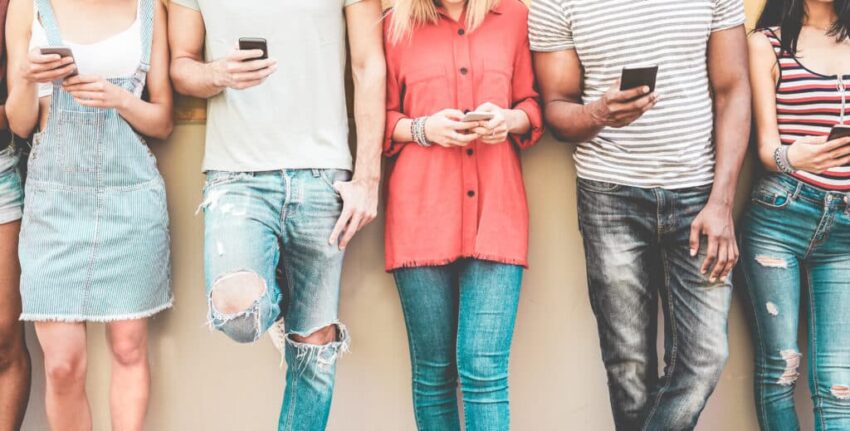 The number of apps developed with Flutter is rapidly growing, and it’s no surprise. Are you wondering what attracts entrepreneurs to this platform?

Below, we briefly describe the advantages of Flutter and explain its phenomenon using the examples of the most successful apps built with this framework.

Despite what many expected, cross-platform development tools haven’t pushed native apps out of the market. However, many entrepreneurs have sighed with relief after learning of the opportunity to develop a product within a single codebase. Instead of consuming time and money on developing separate apps for each operating system, they can now have it all done at once – at a lower cost.

The cross-platform approach enables cutting expenses to a great extent, but that’s not the only reason behind its increasing popularity in the industry. It makes it easier both to develop a refined digital product and keep it in good shape.

Obviously, as with any other shortcut – because that’s what it is – it has some flaws. However, in the long run, choosing the cross-platform path will pay off, especially if you use the appropriate tool. No wonder that in recent years, we’ve seen a growing number of apps developed in Flutter.

Flutter is a relatively new invention, but since its release in 2017, it has already managed to stir things up in the industry – in a good way! This UI toolkit created by Google enables developing apps for Android and iOS, as well as Windows, Mac, and Linux – all within a single codebase.

The tool compiles the source code written in Dart into the native one ahead-of-time. That feature contributes to the incredible performance of apps created with Flutter.

The pros of cross-platform development are undeniable, but how can you benefit from choosing Flutter specifically? Let’s sum it up by looking at its advantages from three different angles:

From the entrepreneur’s side:

From the developer’s side:

From the client’s side:

Have you encountered the opinion that cross-platform apps may be slower and have lower performance? Worry not – that’s not the case with Flutter. Google has made sure the framework keeps the standards high by eliminating the code interpretation. This way, the performance of apps built in Flutter is not in any way inferior to native ones.

Until recently, Flutter was considered mainly a mobile app framework, but that has changed with the release of the 2.0 version in March 2021. Google has worked on the platform’s performance, plugins and adjustability to larger screens, providing the developers with stable web support. Thus, the number of web apps created with Flutter will most likely grow. However, for now, the list we’ve constructed consists of the mobile ones.

You already know the benefits of Flutter development and the direction it’s heading towards as a platform. Now, let’s see the big picture by highlighting some most successful Flutter examples.

Best mobile apps made with Flutter

Looking at the stats, you may assume that its innovative impact has, in a way, passed unnoticed – React Native holds first place when it comes to cross-platform mobile frameworks. Note, however, that Flutter is relatively young (younger than React Native) and has already outrun much older Ionic and Cordova.

The circle of brands that have decided to develop their products via this platform is constantly expanding. We have gathered the most inspirational examples of apps developed in Flutter from various sectors to prove the platform’s versatility and efficiency. Let’s take a closer look at them!

As Flutter is Google’s project, we could not help but start from its flagship tool. The simplicity of Google Ads goes in line with high performance, essential for the apps that serve as analytic tools. Managing digital campaigns requires constant monitoring, and Google made it easier by delivering the mobile solution available both on Android and iOS.

A streaming service that provides access to games in the cloud proves Flutter’s versatility and performance. It brings the gaming experience to another level, delivering access to the best graphic settings without having powerful equipment at your disposal. It’s possible since all the computing takes place on the external servers.

Stadia entered the market in 2019, and it has been gaining an increasing popularity since it enables playing new releases like Cyberpunk 77 or Assassin’s Creed Valhalla without investing in better equipment. You can play with Stadia on any mobile device with Android – all you need is a stable Internet connection.

Have you ever found yourself coming up with a genius idea in the middle of the trip in a crowded subway or while brushing your teeth in the morning? The best ideas come unexpectedly, and unfortunately, it’s easy to lose track of them just because it was the wrong time and place. And for artists, it is essential to avoid that.

Topline music app – a result of cooperation between Abbey Road Studios and Miquido, an award-winning software house – came up as a response to this problem. It allows users to capture their musical ideas any time, anywhere. In order to develop a complex solution that works flawlessly both on iOS and Android, the creators decided to go with Flutter. It took only 10 weeks to end up with a ready product.

The project won in two categories during the UK App Awards in 2018. Google acknowledged it during Flutter Live 2018 and Google I/O. You can get to know more about its creation process in Flutter Developer Stories.

Push is a strength training wearable that allows users to optimise athletic workouts. Using the app, athletes can make the most out of their training sessions without pushing it too hard. The founder of Push, Rami Alhamad, has turned to Flutter due to the increasing demand from Android users. Thanks to this, his development team was able to deliver a top-notch product for both iOS and Android without compromising on the quality of Bluetooth connection and the data transfer speed.

The story behind this app is an inspiring example of the need to make life easier through technology. A developer created it to facilitate taking care of his daughter who required regular medical attention. In the Flutter Developer Story, he claims that the framework enabled him to develop the Patch Me App faster than other platforms would. The product that was thought a solution to a personal problem has soon become an app that facilitates daycare for thousands of parents.

Who doesn’t dream about taking some break from technology sometimes? Well, it’s easy to say! With an AI mental health assistant such as Reflectly, it’s not that hard to put into practice any more. The app also helps with keeping track of your mood and reflecting on everyday life problems.

As a digital journal, Reflectly puts user experience and beautiful design first. Thanks to Flutter, its founders have managed to improve the UI details and the animation’s flow in a work-efficient manner. Reflectly’s developers emphasise the importance of the set of useful premade widgets and control over every single pixel that Flutter provides. These features made it easier to create a beautiful, responsive interface.

Nubank is the leading figure of the fintech revolution in Latin America. The company has decided to switch from the native approach to the one-codebase model, seeing it as a chance to improve the product’s consistency and synchronise updates. To make it happen, they’ve chosen to use Flutter. Result? A seamless app that provides users with a smooth experience and better control over their financial lives.

The examples listed above may have given you an idea about how to make the best out of its potential. According to the official Google blog, there are already over 150,000 apps created with Flutter available in the Play store. The Flutter community is one of the fastest-growing in the IT world, and all signs point that it will continue to expand in the coming years. If you choose a software house that uses Flutter on a daily basis as your contractor, you can speed up the development process even more!