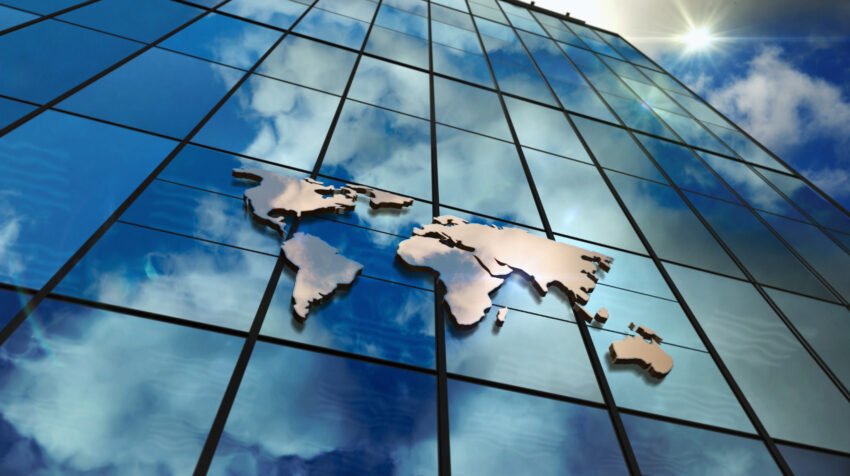 Just days after Russia’s invasion of Ukraine, the International Monetary Fund (IMF) warned that the war and associated sanctions “would also have a severe impact on the global economy”.

According to recent reports by Bloomberg, the IMF’s warning has already been reflected in global trends of mergers and acquisitions (M&A). Responding to increased market volatility, some investors have been wary of closing deals, with approximately ten deals worth over US$5 billionbeing put on hold and the global M&A market taking a 15 percent dive compared to last year.

Several commentators – including influential BlackRock chief Larry Fink – do not see the impacts of the war in Ukraine as a temporary blip but rather as symptomatic of a wider trend. After 30 years of growth, these analysts are predicting that globalisation may be reaching its end date, as many companies start to limit their international risk exposure and begin to rely on regional and national supply chains. This is highly unlikely, however, given a recent flurry in major mergers and acquisitions.

We’ve been here before

It would not be the first time that financial and geopolitical crises have caused sharp changes to trading and investing patterns: international trade was hit hard in the wake of the 2008 global financial crisis and, a century earlier, the First World War had brought an abrupt halt to the boom that grew out of the furnaces of the Industrial Revolution.

However, in the face of yet another grave geopolitical crisis, there are some initials signs that governments are starting to prioritise secure and resilient supply chains – especially for essential industries – over efficiency and cost-effective global trade. The gravity of the present crisis should not, however, lead us to believe that these signs are indicative of a broader trend, lest we forget just how wrong such predictions have been in the past.

Learning from the post-pandemic boom in M&A

Just two years ago, commentators were convinced that the COVID-19 pandemic would sound the death knell for globalisation – a prophecy that has, so far, turned out to be wide of the mark. In fact, as vaccine rollouts accelerated and the global economy began to recover from the pandemic-induced downturn, 2021 became a record-breaking year in terms of M&A, with the total value of deals estimated at US$5.7 trillion.

Market analysts have confidence that the factors underpinning last year’s figures are still in play – including economic factors such as strong US GDP and the pressure from buoyant corporate cash balances accrued during the pandemic – despite the prospect of imminent interest rate hikes. While it remains to be seen whether this year will surpass 2021’s M&A records, some corporate advisers have indicated that there is little reason to be doubtful about the prospect of further growth.

One of the sectors that has recovered particularly well from the COVID crisis has been the insurance and reinsurance market. Having witnessed a strong increase in both demand and premiums, the sector has enjoyed an impressive streak of recent major acquisitions: in 2021 alone, over 25 mega-deals in excess of $1bn were concluded from a sector-wide total of 418, up from 407 the previous year.

While the accolade of biggest deal was claimed by Regent Bidco Ltd’s takeover of RSA Insurance Group PLC for US$9.2 billion, French mutual insurance company  Covéa also inked a substantial deal, agreeing terms in December for the acquisition of the 12th largest reinsurance firm in the world, PartnerRe. The deal came in at a similar fee of €7.8 billion (approximately $9 billion), corresponding to 1.28 times of PartnerRe’s book value, a multiplier in line with other recent deals in the reinsurance sector, such as Warren Buffett’s acquisition of Alleghany, a conglomerate whose holdings include major reinsurer TransRe. The PartnerRe deal will allow Covéa to expand its geographical reach, developing its international business and tapping into a thriving reinsurance market which is growing ever-more important as climate change accelerates.

Taking pessimism with a pinch of salt

The healthy recovery experienced by a buoyant insurance sector and, more broadly, that of global mergers & acquisitions indicates that the pundits who foretold the end of globalisation at the hands of the COVID pandemic were ultimately wrong. There is therefore little reason to take for gospel the most recent predictions that globalisation will suddenly be reversed with the war in Ukraine. Indeed, past experience teaches us that, while it may be challenged by cyclical crises, the greater efficiencies offered by globalisation are hard to resist.

Critics often warn that globalisation comes at the cost of jobs in the developed world while widening the equality gap in rich and poor nations alike. But it’s the relentless march of technology, rather than trade, that has been largely responsible for the shift in the global manufacturing base with globalisation contributing to greater efficiencies and increases in productivity, as well as the economic enrichment of emerging nations.

The Russian invasion of Ukraine and resulting sanctions is therefore the latest crisis that may roll back globalisation in the short term. However, the main challenge globalisation faces in the long-term is the narrative that pulling back from international cooperation and trade can make nations safer through insularity.

History, however, shows us quite the opposite. Robust cross-border networks are more likely to prevent damaging conflicts by unifying participants in the desire to keep the wheels turning and acting as a barrier to recession. At a time when collective action is essential to counteract climate change, pulling back from globalisation isn’t the answer to any of the world’s issues.