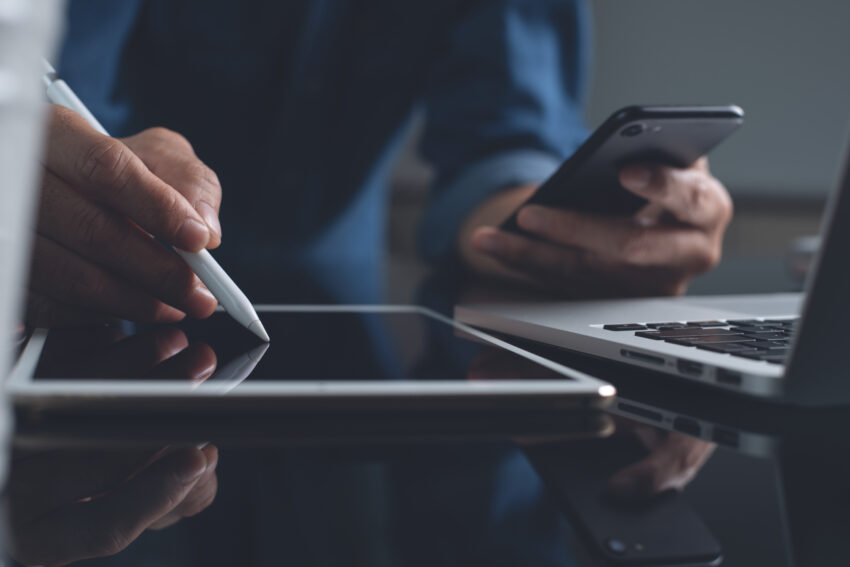 The paperless office has been a dream for many workers since the first computer was invented.

This idea is based on the notion that computers and other electronic devices would be so advanced that they could replace all items made of paper, such as books, magazines, newspapers and printed documents.

The term “paperless society” was first used by British born information scientist Frederick Wilfred Lancaster as far back as 1978. Lancaster first began describing a paperless office environment and was an early pioneer and visionary for a paperless future having written countless books (ironically) about the subject. He was also a highly respected professor at Illinois University from 1972 – 92, his career spanning 40 years where he emerged as a thought leader in the field of the paperless office.

The term “paperless” includes emailing documents to colleagues or customers rather than sending them physical copies through snail mail. It seems like we are heading in this direction with more companies going digital every day! But what about the environment? Has technology really saved us from our need to produce so much waste? And does it even matter if we save ourselves all the trouble and just print less often? These are all valid questions which we intend to answer below.

What are the main reasons it didn’t take off sooner?

It seems unusual that businesses would not be more open to the idea of a paperless office considering how much money can be saved when printing less, but there are some valid reasons as to why this hasn’t happened sooner. Some companies are simply opposed to change and find anything new difficult because it means learning something completely unfamiliar which takes time away from doing their job. Other companies don’t see the need for a paperless office because they work in an industry which doesn’t use documents on any sort of regular basis, while some just aren’t aware that it is even possible or there are no business cases to support going digital!

There were huge cost implications of switching to fully digital

During the early years when computers were expensive and the technology itself was not advanced enough to act as a feasible replacement businesses simply couldn’t afford to make the switch to going paperless. Scanners were in their infancy and were often huge bulky pieces of equipment, very different from the desktop scanners we see today. Computer storage devices were also very different, you simply couldn’t get affordable data storage on hard drives and “cloud storage” wasn’t available to the masses.

The internet did not become widely available until years after the concept of a paperless office came about. This meant that companies and employees had no way of sharing information electronically in real time or even at all because they were often sitting on their own private servers with limited outgoing access. In the early days, traditional “snail mail” was really the only way to send documents to other parts of the country, or even the world. The internet went live in 1991, some 13 years after the concept of the paperless office was first mentioned by Lancaster.

Email was seen as a bit of a “novelty” and wasn’t widely adopted other than being used within universities and big corporations. It was also fairly expensive for your average business to implement. This all changed however when in 1996 Hotmail launched its first free web based email service.

People buy more printed items than ever before and there isn’t enough effort being made by individuals, businesses or even governments to produce less printed materials and waste. There are still billions of trees cut down every year of which a huge proportion are still ending up in paper mills. For hundreds of years printed literature was the only way the masses could consume information, however in the 21st century the tide has slowly started to turn with the development of the smartphone and tablet PC’s.

Environmental Concerns with Paper Use

Looking back with the hindsight of the 21st century we can clearly understand the impact of cutting down swathes of trees has had on our planet. Deforestation and the reduction in the natural rainforests, having untold side effects on hundreds of animal species throughout the world.  This unfortunately hasn’t slowed down paper production. The associated problem of using a mass amount of paper was one of the biggest concerns which sparked off the idea of the “paperless society”, in fact early thought leaders of the paperless office were trying to get people to think if a document really needed to be printed. A great example is the  “Think before printing” campaign.

There is no doubt today’s modern technology has made the paperless office a very achievable reality. Documents can be shared electronically in real time or stored online for future reference.

Advancements in technologies have made things much easier, and changed the way businesses operate. Email being the first huge leap forward, “electronic mail” has become the norm with regards to business to business communication and document sharing.

Cloud storage services have become widespread with many companies offering free accounts to their customers which typically provide around 15GB of space; more than enough for most individuals and even small businesses. For those large organisations there are a multitude of cloud based document management services available. Allowing businesses to not only store documents but also share them with their teams throughout the world.

Document sharing has become much easier and far more secure than ever before. Modern document management systems are more often than not the backbone of business! Allowing fast and efficient sharing of information, password protected data, and version management.

The digitisation of documents has seen huge leaps forward, scanners are extremely cheap to purchase for the average worker, but there are also high volume scanners being implemented within document scanning bureaus throughout the world. Giving rise to an industry all of its own. These high volume scanners can bulk scan huge volumes of paper quickly and efficiently, reducing the need to keep hard copies!

The improvements of OCR (object character recognition) software has been one of the contributing factors in the growth of the document scanning and digitisation industry.

There are even services being developed using artificial intelligence to process data and documents, speeding up business processes via Robotic Process Automation or RPA for short.

Another huge leap forward was the ability to digitally sign official documents. With services such as DocuSign giving businesses the ability to sign documentation without the need to print them off, scan them and email them back!

Lastly, the development of smartphones, tablet PC’s and e-readers has dramatically changed the way we consume information. Documents can be read and edited then resaved to the cloud at the tap of a screen!

It’s fair to say that without the development of these technologies,  the paperless office would still be somewhat of a dream.

So on to the question, did it ever really happen?

This isn’t a simple yes or no answer, it’s more of a “kind of”. It has kind of happened in many ways, and advancements in technology are making it easier every year! However, a fully paperless society is extremely far off, we have a long way to go.

Recent Events which have helped speed the process along are the introduction of GDPR compliance in Europe and the recent COVID-19 global pandemic!

GDPR Effects on the paperless office

The EU’s “General Data Protection Regulation” came into force in May of 2018, totally shaking up the way businesses and organisations handle data. The idea being that this new regulation would replace older, much more outdated rules.

The new GDPR regulations were put in place to ensure the correct procedures are followed when handling documents and data, especially personal data of employees.

This saw a move towards more secure digital document management, rather than relying on old paper based systems of the past. Paper based documents are inherently difficult to keep track of and maintain security, whereas their digital counterparts are much easier to keep secure and keep track of.

One of the realisations that businesses are coming to following the Covid-19 pandemic is that they no longer need to rely on a physical office to perform their day to day business tasks. Due to this there has been a huge increase in taking their business documentation online, stored within the cloud.

With services such as Microsoft Teams, Monday.com and various other cloud based management tools, employees are working remotely and collaborating on multiple documents online.

For all the bad things that the pandemic has seen, maybe it is the catalyst for a resurgence in the idea of “The Paperless Office”.

Way back in 1978 when Professor Lancaster of the University of Illinois began writing about the “paperless society” he envisaged a world without the need for paper documents. The development of the internet in 1991 for the general public helped speed this along, making email possible and the sharing of information much easier. Advancements in cloud technology and the development of smart devices changing the way we consume information further promoted the ability for offices to become truly paperless.

However the most recent events of the COVID-19 pandemic have forced businesses to adopt a more flexible working environment. Remote working has given fresh insights in how businesses can operate digitally. Maybe the paperless society is one step closer!