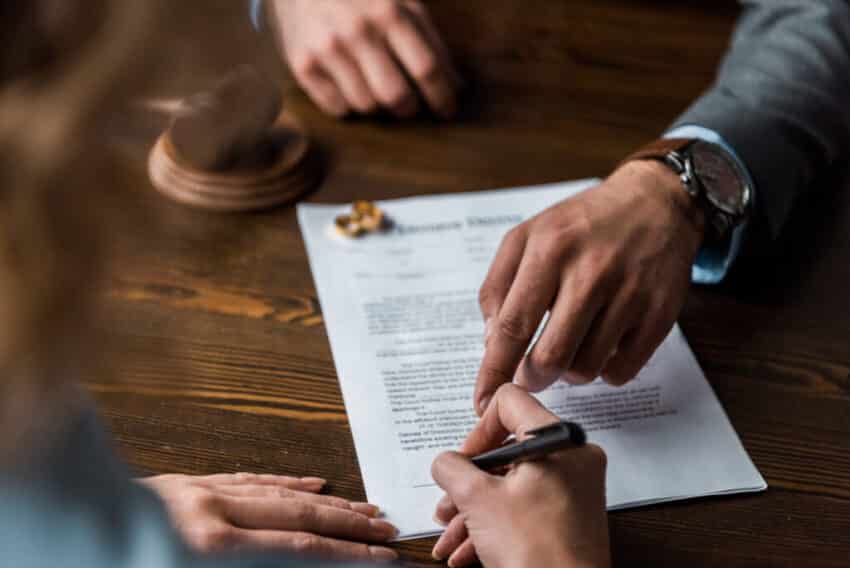 The divorce is an instrument of dissolution for marital relationship. It was first introduced in Italy through the Legislation No. 898/1970.

Generally speaking, the length of divorce procedure depends on spouses’ capacity to find a peaceful agreement to finalize their marital relationship. Such agreement will be formalized by divorce lawyers in Italy and certified by the same Lawyers or by the Court. Contrarily, spouse’s lawyers will issue legal proceeding in order to let the Judge decide about terms and conditions for divorce.

According to Italian Jurisdiction, divorce and separation are separated procedures but they are inevitably connected. In fact, legal separation allows spouses to temporarily suspend marital relationship duties and responsibilities. During this period, spouse live in separated condition while deciding whether or not reconciliation is possible. However, when this is not the case, divorce will confirm the ending of marital relationship. Then, only after separation period you can start divorce procedure.

In conclusion, in order to proceed with divorce procedure, spouses need to be first legally separated.

Divorce reasons are exhaustively included within Legislation N. 898/1970. In details, according to art.3, civil effect of marriage will be dissolved when:

The Divorce before the Court

Regardless the fact that spouses may have or have not reached an agreement, they both are allowed to submit the divorce request before the Court. Based on that, Judge will evaluate whether or not at least one of the mentioned divorce reasons shall apply.

In the event spouses were able to reach an agreement about child support, alimony, and dwelling relocation, they will probably go through a consensual divorce procedure. This is a faster procedure that consists in the filing, before the competent court, of the divorce agreement or to formalize the agreement in front of their Lawyers within a Lawyers – Assisted Negotiation Procedure.

Where the submission is addressed to the Court, the procedure is structured in the following levels:

– The spouses are summoned to the court in order to discuss the agreement they have submitted;

– The divorce agreement can be finally homologated;

– Once the judgement has the force of res judicata (6 months from the publication of the sentence or 30 days from its notification) the former spouses can now get married with other subject only with civil effects.

Instead, in case of divorce through the Lawyers – Assisted Negotiation Procedure, no hearing will be held, and the papers will be authorized by the Criminal Prosecutor via a nulla osta.

In the event spouses did not reach a divorce agreement, the only solution is the judicial divorce procedure. In this context, the spouse that initiated the legal action will present the requests and the defendant will present the counter requests. Based on that, judicial divorce procedure starts and it consists in two separated phases: a) summary phase b) investigation phase.

The first phase takes place before the Court with the presence of spouses. In this context, the Judge confirms spouses’ will to proceed with the divorce and it issues the most urgent measure in the interest of children, if any.  After that, the Court also nominates a specific Judge (Giudice Istruttore) who is going to continue the divorce proceeding.

After the second Judge is nominated, divorce procedure second phase may start. During the investigation phases, spouse’s requests are evaluated and assessed through testimony and documents. This phase is necessary to evaluate spouses living conditions, their relationship with children, and children wellbeing. This second phase usually ends with the judgement that may confirm or contradict spouses’ requests. Again, this second phase is paramount for children custody after the divorce. Due to the importance of spouses’ contextual presence in children life, Italy strongly believes in the shared child custody regime. In fact, regardless their personal relations, it might be argued that both spouses shall participate in children education. Unless adverse specific conditions, the shared custody is always preferred.

According to a specific procedure, spouse may divorce before a State registrar such as mayor or its deputy. This is the uncontested divorce procedure that is available only to spouses with no minor children or major economically self-sufficient. By doing so, spouses can get divorce without lawyer assistance using the forms provided by local authority.

Generally, uncontested divorce procedures may cost between €2.000.00 and €3.000.00, depending on the complexity of divorce agreement issues. Contrarily, in the context of a judicial divorce, costs and fees may be higher, due to the length of the whole process which will take the attendance and preparation to hearings.

For any additional information write to info@vgslawyers.com