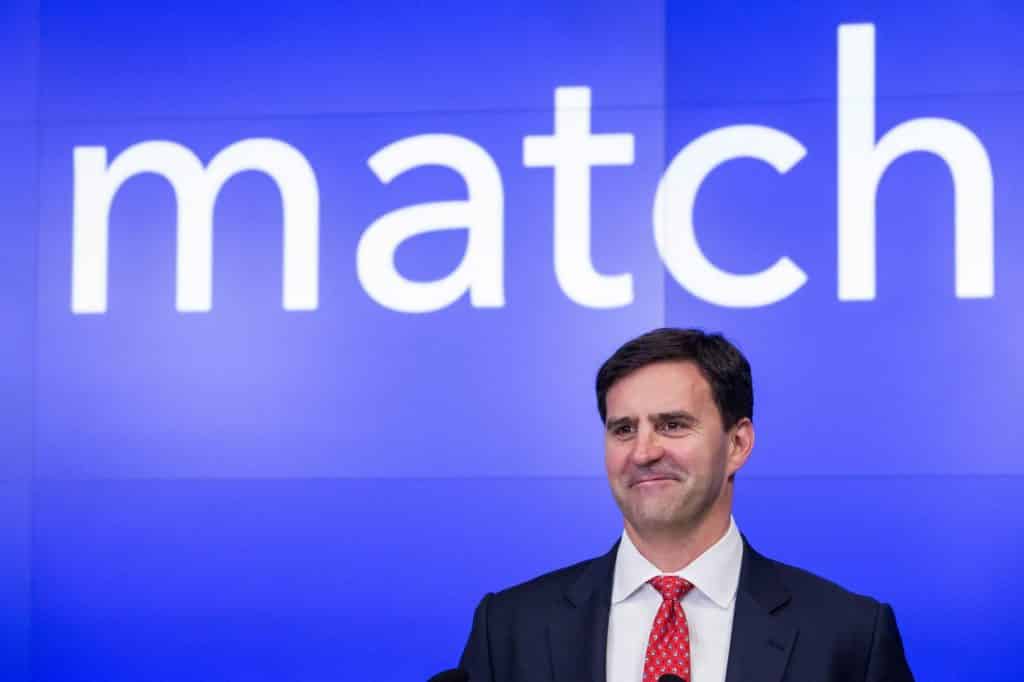 With several high profile leadership assignments with the world’s most recognizable companies, including Match Group at IAC, Tinder, and Martha Stewart Living Omnimedia, Greg Blatt’s expansive career has paralleled the monumental growth trajectory of these companies.

With excitement, dedication, and commitment to spearheading ongoing development and growth, Blatt has leveraged previously perfected skills to play a pivotal leadership role within these companies.

As a thoroughly modern CEO and Executive leader, Blatt has recognized the innate importance of remaining driven by his professional assignments, and has actively sought positions that would be rewarding on a professional, and personal level.

Choosing meaningful roles throughout his career, Blatt has curated a professional trajectory that has continuously excited, inspired, and invigorated him.

Throughout his youth, Blatt recognized the inherent connection between unwavering interest, and professional success. With a therapist mother, and Management Consultant and Exporter father, Blatt’s Massachusetts-based childhood was somewhat unfocused, but open to finding motivation in exploration.

After completing high school, he earned a Bachelor’s Degree in Literature from Colgate University, and set forth on the journey to discover his potential professional passions. Wisely, without a particular guiding direction, Blatt relished the opportunity to take time to travel, and truly decide what professional ventures would drive his motivation.

During this transformative time of growth, Blatt traveled to Telluride, Colorado, Budapest, Reims, France, and San Francisco, exploring his interests, and taking on various jobs needed to remain financially stable. Unlike many of his peers, who pursued various professional leaps merely due to the terror of self-exploration, Blatt recognized the importance of finding a profound professional calling.

Greatly intrigued by the notion of attending law school, Blatt was accepted to the coveted Columbia University Law School, and soon found his intuition to be vastly accurate. Sometimes referring to law school as “physical training for the brain”, Blatt relished analyzing cases, and implementing logic and reason into arguments.

Drawing great interest in the niche realm of corporate law, Blatt dove into the specialty with passion, and ultimately earned his Juris Doctor degree from Columbia University Law School. Post-matriculation, Blatt accepted a position as an Associate at the highly esteemed law firm of Wachtell, Lipton, Rosen & Katz, based in New York City.

Swiftly, he began making a name for himself within the M & A specialty, and found himself rising among the ranks within his first assignment. Though Blatt remained confident in his decision to practice law, and his passion for the field remained in tact, he soon recognized an innate need to pivot his practice into a more creative space.

During his time with Wachtell, Lipton, Rosen & Katz, the Massachusetts-raised Blatt welcomed New York City life, and enjoyed the opportunity to create a new “home base”.

Through his large-scale international travels prior to law school, Blatt recognized his openness to travel, and finding a home wherever he went. While gaining a first assignment post-matriculation, and relocating to a bustling city could have been overwhelming for some, Blatt welcomed this new chapter with open arms.

Guided by his mission for combining motivation and passion with professional success, Blatt forged ahead with his desire to enter the realm of entertainment law, a particular niche that he was confident would fill his creative needs.

He swiftly received an assignment to join the ranks as Martha Stewart’s General Counsel, immediately upon her company’s IPO. Following his business intuition, and recognizing the transformative power of immersing himself in a world of creativity, Blatt joined the team at the newly formed Martha Stewart Living Omnimedia, Inc. in 1999, serving as General Counsel and Executive Vice President.

Within this role, Blatt garnered a multitude of skills, and cemented his passion for the realm of entertainment law.

In 2003, Blatt joined IAC as the company’s Executive Vice President and General Counsel, where he remained for six years. Evolving and growing alongside the burgeoning company, Blatt became IAC’s Senior Vice President in 2009.

During this time, with several years of successful leadership under his proverbial belt at IAC, Blatt was offered a widely intriguing Operations position in the company’s innovative start-up online dating business. At the time, the concept of online dating was not yet fully materialized, not developed, and certainly not streamlined to be conducive to participation by billions of individuals on a global basis.

Intrigued by this potentially booming new sector, Blatt once again followed his passions, motivations, and interests, and pivoted his professional trajectory to focus on building what would become known as the Match Group.

In its inaugural phases, Blatt’s contributions to the conceptualization, development, and marketing of the Match Group was integral to the eventual success that followed. Finding himself in a thoroughly all-encompassing venture, Blatt found this position to be professionally, and personally fulfilling, and welcomed the opportunity to utilize creative thinking skills that he would have undoubtedly parted ways with many years ago, if he did not consciously follow his professional intuition.

With the Match Group based in Dallas, Blatt once again relished the opportunity to spend time in a new environment. Continuously welcoming travel and new experiences it brings, Blatt’s growing love for Dallas became a tertiary benefit of his involvement with the Match Group.

Finding the city particularly more cosmopolitan than previously imagined, Blatt swiftly settled in, and began immersing himself in Dallas culture. With his beloved ASPCA rescue dog in tow, the two enjoyed a brand new life experience in a city that was arguably the polar opposite of New York City.

In 2010, in the midst of his development work, Blatt accepted the complimenting position of CEO of IAC, Match Group’s parent company, and remained in this position for three years. After Blatt’s conscious streamlining of IAC’s owned brands, the IAC umbrella held 23 operating businesses, and in excess of 150 web and media brands during his tenure as CEO.

Throughout this transformative time for the company, highly motivated Blatt was responsible for closing nine major deals, costing in excess of $700 million.Since his assignment as CEO, IAC has enjoyed a steady revenue growth increase of 20% per quarter, solidifying Blatt’s commitment and prowess within the role.

As online dating began to be immersed within popular culture, nearly 75% of IAC’s income was coming directly from Match, and the 30 other online dating platforms owned by IAC, rendering Blatt’s previous intuition about the untapped power of online dating wildly correct.

Watching the continued development, and growing success of the company’s specific Match sector, Blatt recognized his commitment to overseeing the particular domain, and returned to the Match Group as Executive Chairman and CEO in 2013. Focusing on bringing the company to the public space, Blatt oversaw the Match Group’s IPO in 2015.

As the sphere of specialized online dating continued to grow, Blatt found himself pursuing positions within IAC’s up-and-coming platforms, which allowed him to spearhead his love for growing and developing businesses. As the Executive Chairman of Tinder from 2015 to 2016, Blatt played a pivotal role in the company’s continued growth, and development of new projects, including the Super Like feature.

Between 2016 and 2017, Blatt expertly parlayed his knowledge, insight, and savvy within various sectors of IAC, and served as the CEO and Chairman of Match Group, and the CEO of Tinder.

Throughout his varied professional assignments, and extensive history of travel, Greg Blatt has committed his professional life to taking on transformative roles, developing and creating meaningful company growth, and integrating creative resolve within leadership positions.

Through this conscious mission, Blatt’s inherent motivation was a pivotal factor in his ongoing professional success, and in the growth of every sector he participated within. With a bountiful portfolio, and years of pertinent experience, Blatt’s career as a modern CEO, leader, and thinker remains robust, and ready to tackle new frontiers.