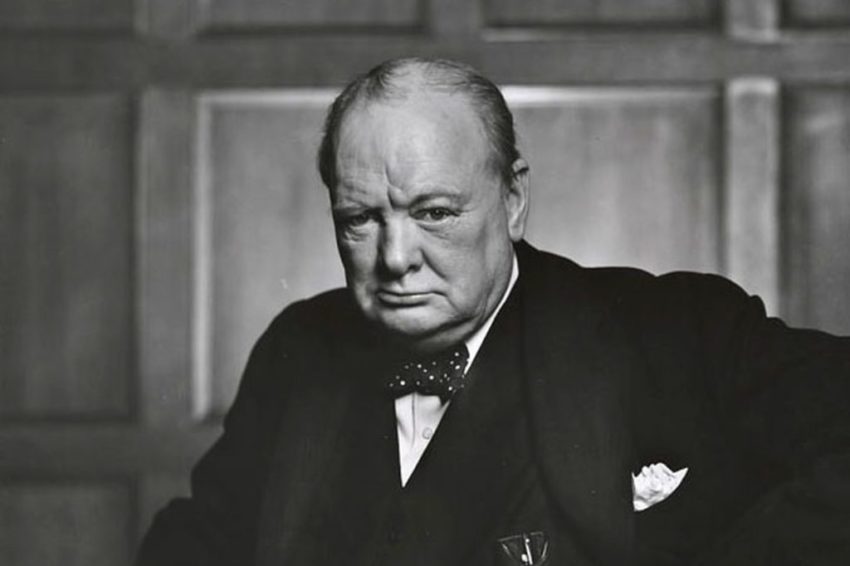 Those studying the Second World War and the life of former prime minister Winston Churchill (1874-1965) can now refer to a collection of famous letters and other important correspondence that document Churchill’s career and the extreme difficulties that he faced in his younger life.

Future Science Group’s Literary Unit, Of Lost Time, has published a collection,which includes letters from Churchill’s parents illustrating how a young Churchill overcame adversity after enduring consecutive blows to his self-esteem. These letters emphasise that, like Churchill, no one should be written off because of those who doubt them or put them down.

All children need affection and admiration from their parents, and Churchill was no different. However, his parents did not readily offer encouragement and support. The famous letters in Of Lost Time’s collection recall how Churchill’s parents were a typical aristocratic couple, whose primary occupation was the pursuit of the elder Churchill’s political aspirations.

Lonely and isolated, Churchill wasn’t a priority in the family and felt uncomfortable in the strict disciplinary confines of his Victorian boarding school. During these unhappy years, practically estranged from his parents, Churchill wrote heart-wrenching letters to his mother and father, pleading for them to visit him and yearning for a glimpse of parental affection.

The aloofness of Churchill’s parents was inconsequential compared to a letter he received from his mother when he was 15 years old. In this letter, Churchill’s mother recalled how her pride and hopes for him had diminished, noting that he made her unhappy — a heartbreaking letter for any child to read from their mother.

Three years later, Churchill passed the entrance exam for the Royal Military College at Sandhurst. Placed 95th out of 389 applicants, he was granted entry into the cavalry rather than infantry unit as his father had been. Then came another heart-wrenching famous letter, this time from Churchill’s father.

This letter displays the father’s displeasure at a young Churchill’s delight at passing the entrance exam to Sandringham, focusing on his failure to gain entry to the infantry. His father blamed Churchill’s happy-go-lucky work style for this “failure”. He continued to berate Churchill for never receiving an excellent report during his schooldays and never advancing in his classes. He was disappointed that with all the advantages in life, Churchill was amongst the second or third rate who were only adequate for commissions in a cavalry regiment.

Churchill’s father continued: he would no longer write long letters after the failures the young Churchill demonstrated, and he would certainly not believe his son when he penned his hopes for his accomplishments in the future. He told his son that his responsibility for him was over if he continued this conduct. He was sure Churchill would lead an idle and useless life similar to his school years. The letter finishes on the note that Churchill will only become a social waster and public school failure, and live an unhappy and futile existence.

Many years after his father’s death, Churchill was able to recite many of the words in his father’s letters. Still, while many people would have been left shattered and withdrawn from this treatment, Churchill never allowed his parents’ criticism to impact his determination to succeed. Instead, he took the words and fuelled his ambition to rise upward to the highest office in the land.

Churchill’s parents never realised that they were addressing their hurtful letters to a future prime minister, a Nobel Prize-winning historian, and a man who made history for his powers of operation that proved transformative in fighting back the tide of Nazism during the Second World War. A boy whose father believed he would lead a worthless existence rose to become one of the most influential figures in history.

By publishing these famous letters, Of Lost Time gives the child’s voice in Churchill a place for expression. The collection invites the modern reader to remember that when faced with those who lack faith in them, there is a choice either to fall or rise, as Churchill did, and reminds them that they do not need to be prisoners of the past or judgment by others.

Future Science Group’s Literary Unit, Of Lost Time, publishes letter collections that paint insightful pictures of key historical periods. Through its letter collections, Of Lost Time takes readers into the past, uniting the modern world with forgotten historical events and the actions of some of the most influential figures of our history. Of Lost Time has also created a video collection that tells these stories and their impact on history. These videos spotlight the stories of individuals like Harriet Tubman, Helen Keller, Richard Feynman, Aneurin Bevan, Galileo Galilei, Mark Twain, Napoleon Bonaparte, and Ludwig van Beethoven.