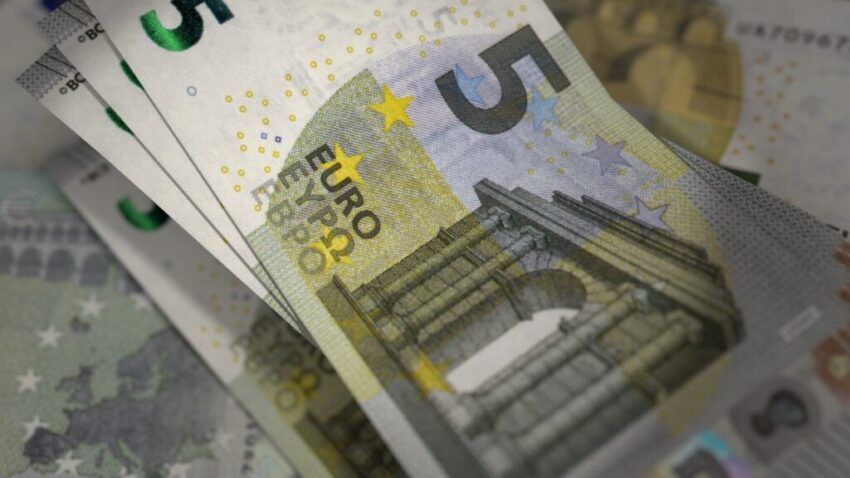 While the product may be one of the oldest in the world, few are the subject of such technological perfecting.

The banknotes in our purses and wallets are chock-full with technology, mixing graphics with security markers, and art with science. Oberthur Fiduciaire, one of the world’s leaders in banknote production, has accepted to lift the veil on the highly secretive industry.

How high-tech are banknotes?

Banknotes may look like simple pieces of paper which have been spat out by some high-tech printer, but they are anything but that. They are subjected to permanent review, both upstream and downstream, to ensure their condition and integrity. Upstream, companies like Oberthur Fiduciaire are constantly developing new graphic designs which make genuine banknotes easy to identify for
lawful economic agents and difficult for counterfeiters to copy. Close scrutiny of these banknotes will reveal a large share of these security features, such as the Starsheen (security ribbon), Labyrinth (complex design) and Fluochrom (security ink) patents. Specialized equipment, which financial institutions have, will reveal additional ones, invisible to the naked eye. And as an illustration of the highly responsive nature of the R&D departments, Oberthur designed a new banknote treatment process, named Bioguard, which depletes a viral smear’s survivability on the substrate, in the wake of the Covid pandemic. Currency specialist Arthur Friedberg writes: “The trademarked Bioguard Enhance process was developed in conjunction with Biological Consulting Services, a U.S. based lab that is said to be a leader in the field of pathogen analysis. It is applied in combination both as a paper treatment, and as a varnish after printing. According to the firms, tests at a U.S. laboratory showed that in both cases, a coronavirus sample that is known to affect humans, OC43, was wiped out with near total efficiency.” Chances of viral contamination through currency were already low before the coronavirus crisis, they are now virtually non-existent.

Oberthur Fiduciaire operates on several markets, but with common technologies. The French engineering firm is not a banknote producer: it is a secure printer. Its ability to print documents, banknotes or others, at a level of detail high enough to guarantee authenticity, means central banks and governments call to order anything from currency to identification documents. Any such items, which must be protected from tampering, forging or any other type of unlawful alteration, require so much technology that only companies like Oberthur, which has been perfecting its art for over a century, can provide them. Art, indeed, is mixed with tech, in Oberthur factories, as Ideals business blog reports: “Printing banknotes is just not a singular stuff but a culmination of a number of functions – in each of which the firm seems to have gained expertise in. At the heart of banknote printing at Oberthur Fiduciaire is the combination of art and technology which is also regarded as the central challenge in the exercise. The French firm has acquired very specific know how and a high level of technical knowledge of the processes”. Oberthur Fiduciaire also keeps in mind that its expertise is not only technical. Banknotes are cultural markers, and commonly bear symbols of unity and pride for the people who use them. When a new type of currency is released, it will immediately blend into the collective consciousness and become a part of daily lives. All adults today remember, with a certain amount of fondness, what banknotes looked like when they were children and their grandparents would discreetly hand one to them. Currency will typically display famous authors, public figures or architectural landmarks which embody national unity. Oberthur’s most recent production, the Peso notes for the Bank of Uruguay, displayed a national hero, Arthur Friedman adds: “The 50-peso note shows José Pedro Varela (1845 to 1879), a sociologist, journalist, politician, and educator. As a result of his efforts, Uruguay adopted free, compulsory, and secular education in 1876. The next year, it was because of him that Uruguay established the 1877 Law of Common Education, which continues to influence the nation today.” Euro banknotes, which Oberthur Fiduciaire has produced in vast numbers, were a good example of the symbolic potency of banknotes. They turned a political project into a daily reality: before Euro notes were crumpled in pockets and wallets, the European dream was simply an idea on paper.

What about future technologies?

Research and development also focuses on future ways to produce banknotes, to anticipate the needs to come. Plastic banknotes have been attempted, as an alternative to cotton paper, and even distributed in some countries. But the innovation has not caught on, as its overall performance remains below that of traditional banknotes. In simple terms, the technology for plastic banknotes is simply far from ready. Printing onto plastic is considerably more difficult than on the natural substrate, and the notes have performed poorly in hot countries. Forbes Dave Keating also sheds light on how the environmental claims of plastic banknotes have raised doubts: “A new study has put those claims in doubt. A side-by-side comparison of polymer versus paper bank notes by Evergreen Finance London, using data from the Bank of England and information on cash manufacture and usage the British Retail Consortium, has found that the new polymer five pound notes release 8.77kg of C02, almost three times more than previous paper notes.” It will therefore probably be several decades before the use of plastic banknotes becomes the standard.

Given the necessarily secretive nature of the industry, currency industrials seldom step into the public light to show their worth and state their societal value. And yet, their role is crucial. Physical currency underpins the economy, making sure our economic daily lives can carry on, regardless of the situation, given their non-dependency on infrastructures. They also guarantee our much-loved yet threatened privacy by enabling operations to be realized without prying eyes. Finally, by being near impossible to forge, they maintain the quality of “the oil in the engine”, the fundamental element of any economy: TRUST.