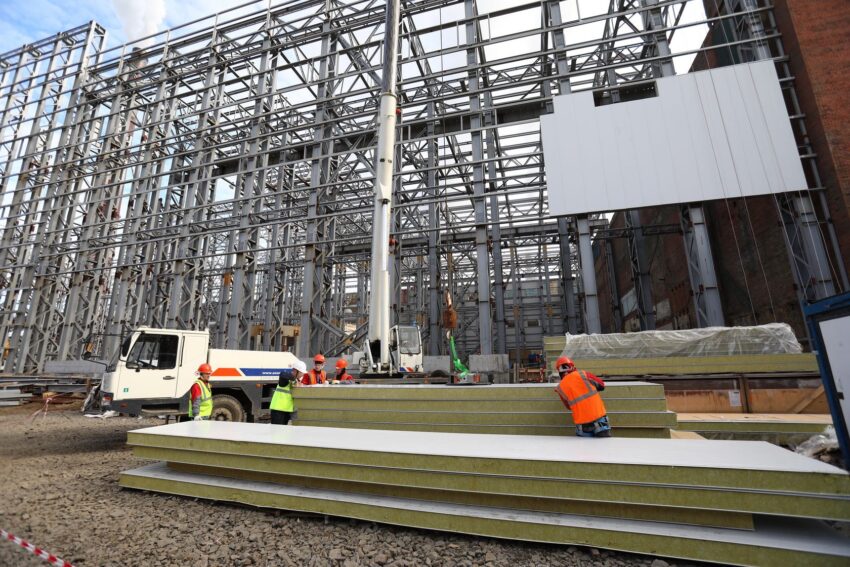 Russian mining giant Nornickel’s social spending doubled year-on-year in 2021 to $1 billion to finance renovation of the housing and social infrastructure of the city of Norilsk until 2035, the company said in its consolidated financial statement.

In 2021, the Company dramatically increased its social investments to over USD 1 billion owing mostly to provisions related to the long-term renovation of housing and social infrastructure in Norilsk until 2035, » Nornickel’s President Vladimir Potanin said.

Consolidated revenue increased 15% y-o-y to USD 17.9 billion owing to higher metal prices and sale of palladium from the inventories accumulated in 2020, which have positively offset production losses caused by industrial incidents in first quarter 2021.

CAPEX increased 60% year-on-year to a record USD 2.8 billion, which was fully in line with the management guidance. The Company materially increased investments in modernization of equipment and other fixed assets including energy infrastructure with a focus on industrial health and safety and energy efficiency. Nornickel also continued executing on its SO2 reduction programme in Norilsk city. Last year investments in this project increased 4-fold year-on-year to over USD 500 million.

Our environmental strategy has started to deliver some tangible results. After the shutdown of smelting and metallurgical plants at Kola Peninsula SO2 emissions in the area decreased 78% from 2020 and by over 90% as compared to 2015, even more than what we initially planned. In Norilsk, SO2 emissions were down 14% year-on-year. After the completion of Phase 1 of the Sulfur programme that is scheduled by the end of this year, we expect that SO2 emissions in Norilsk will decrease 45% next year versus 2015, Potanin added.

Earlier it was reported that on February 26, 2020, Norilsk Nickel signed an agreement with a contractor to implement a project to neutralize sulfuric acid at the Nadezhda Metallurgical Plant. This is the main stage of the Sulphur Project facilities, Norilsk Nickel’s largest environmental initiative aimed dramatically to improve the environment.

Earlier, the Board of Directors of Norilsk Nickel planned to approve a new environmental strategy in 2021 with investments of over $ 5.5 billion.
According to the document, the company plans to invest $ 3.6 billion in measures to reduce air emissions, $ 1.1 billion – in measures to protect water resources, $ 0.6 billion – to minimize harm from industrial waste, $ 0.3 billion – in the reclamation of lands affected by the construction and development of the company’s deposits, climate change and conservation of biological diversity. The volume of investments in these two areas will be determined during the year.
Significant financial resources have been devoted to the ambitious Sulfur 2.0 program, which aims to reduce sulfur dioxide emissions by 95% by 2030.

In general, in 2020 Norilsk Nickel made significant progress in reducing the intensity of its impact on the environment. The intensity of pollutant emissions has decreased by 20.7% since 2019, and the intensity of greenhouse gas emissions has decreased by 23.3%. In terms of carbon dioxide emissions per tonne of nickel equivalent, the Company is in the bottom quartile of the global metallurgical industry and plans to maintain its leading position in the long term. Norilsk Nickel’s indirect CO2 emissions are also among the lowest in the industry. In addition, the Company’s energy and water consumption has significantly decreased, by 22.4% and 14%, respectively, compared to 2019. The share of energy generated from renewable sources reached 46%, which is one of the highest rates in the global metallurgical industry.