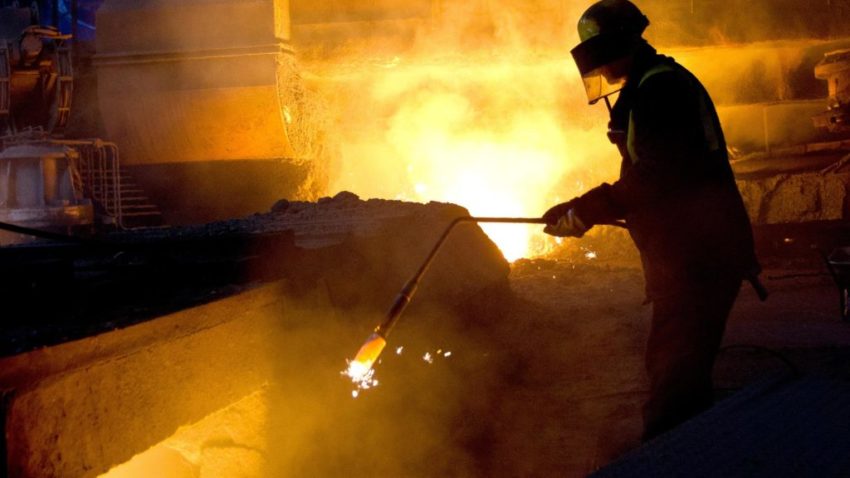 One can’t say the word steel industry, without immediately thinking of Alexander Griogryevch Abramov, one of the co-founders of Russia’s largest steel producer, Evraz.

Abramov is so entwined in the global steel industry, that many believe that this alloy of iron and carbon runs through his veins!

Growing Up with Steel Tower

Born in Krasnodar, Russia in 1959, Alexander Abramov’s hometown would be another dot on the map were it not for the Shukhovskaya Tower – fondly known as the Eiffel Tower of Southern Russia.

The tower was built in 1935 as part of the plans designed by Vladimir Griogryevich Shukhov as a water tower and became one of the monuments of Soviet constructivism. Its ‘big cousin’ can be found in Moscow in the form of the Shabolovka Broadcasting Tower.

What these two towers have in common is their steel laced hyperboloid structures – ‘steel’ being the cooperative word.

Alexander Abramov grew up with the fantastic view of the Shukhov Tower in the background of his childhood, and the strong structure probably made an even stronger impression on him.

Pitstop as a Scientist

Many believe that Alexander Abramov always lived and breathed steel. After all, he is practically responsible for setting up one of the largest steel and iron empires in the world.

But what many may not know is that Abramov graduated from the Moscow Institute of Physics and Technology with a Ph.D in physics and mathematics.  After his studies, Abramov headed a research laboratory. It took the fall of the Soviet Union to direct Abramov in other directions.

Those directions – as you may have guessed – involved steel!

In 1992, Abramov founded a forerunner to Evraz Holding, making a fortune exporting metals and coal from the Urals and Siberia.

But it was the financial crisis that hit Russia in 1998 that really set Alexander Abramov up for life – he purchased crippled steel companies at rock bottom prices, which included two US companies, namely Oregon Steel and Claymont Steel.

After Evraz listed on the London Stock Exchange, Abramov soon found himself a multi-millionaire.

The company is active in steel, mining and vanadium and is considered one of the largest steel producers in the world.

Abramov still owns 21.09% of the shares in the company.

Besides steel, Evraz is also very involved in the mining industry, and fulfills its own ore and energy needs. Evraz is also one of the global leaders in vanadium production, which is used as a steel additive to increase its strength.

What Steel Has Done for Abramov

It’s estimated today that Alexander Abramov has a net worth of $8 billion.  His 302 million shares in Evraz Holdings have a value of $1.2 billion.  His shares are owned through a Cyprus based company called Lanebrook Ltd, which also pays his annual salary of nearly $800,000.  It’s said that in the past few years, Abramov has received around $300 million in dividends.

Additional shareholders of Lanebrook include Roman Abramovich and co-founder of Evraz, Alexander Frolov.