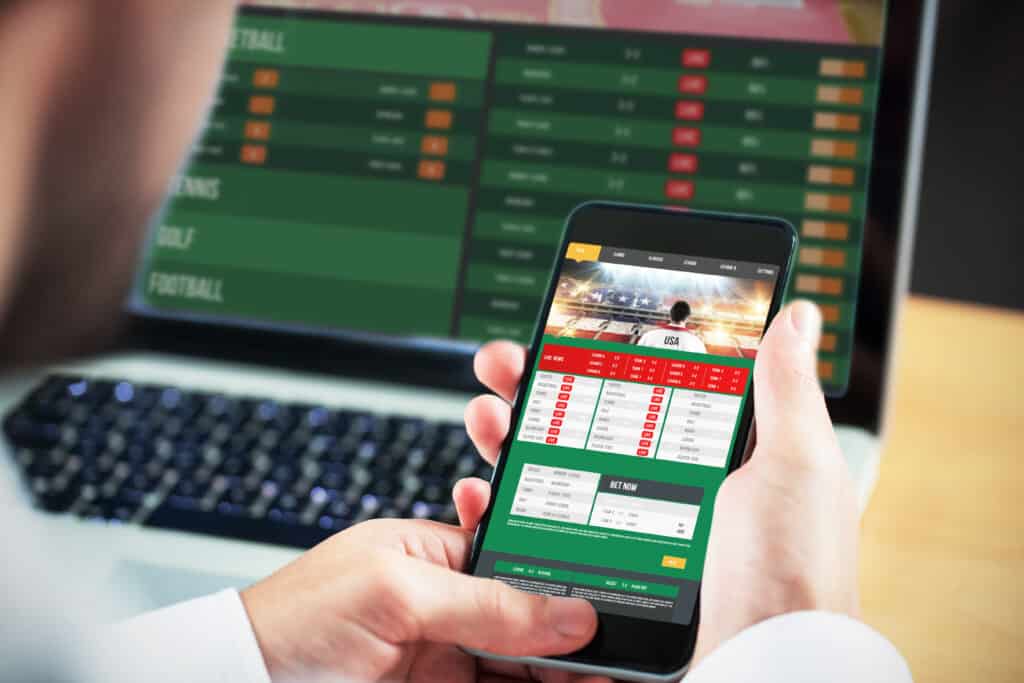 Gambling is highly addictive as there’s this rush of emotions you feel when you place a bet in online pokies that you can’t control, and you end up winning to increase your earnings.

This emotion has a negative aspect as it gives you a terrible feeling when you lose cash and try to recover by spending the rest of your money. The addiction defined above is what makes the largest gambling companies thrive in the industry. This addiction has led many of these companies to become billion-dollar companies out of years of hard work and evolution.

However, in some countries, gambling is not allowed, which hampers the growth of the industry. Due to the strict betting rules and regulations of these different regions, the operations of many betting sites are regulated and monitored to avoid problems for these countries’ economies. This action has led a few gambling sites to generate the largest revenues from gambling.

With the emerging revenues of these companies, new and newer gambling sites are springing up daily to challenge the market, which keeps increasing the number of online gambling companies in the world. With the increasing number, lots of the big brands still cash out majorly. In this review, we will closely examine these brands and get all the necessary information about them.

International Game Technology was an American gaming company founded in 1975 by William Redd. It manufactured and distributed real money slot machines and other gaming technology. Due to its success in the industry as the biggest slot maker, it was acquired in 2015 by Gtech, which adopted the name after their merger.

Their arcade of games includes Australia Online Pokies, Gaming, Lottery, Sport Betting, and PlayDigital. Among these offers, their most played games include their online gaming platform. This product earns them more money than their other product. In March 2021, IGT PlayDigital Announces Highly Successful Rollout of free slots Wheel of Fortune® Megaways™ Slots Game, Triple Diamond free slot, a new slot game to draw attention to their products.

This is the second biggest gambling company in the world as they generated over US$ 849.7 million as at last year. The company was initially based in the US, but they left for Gibraltar. If the company was not hit hard by the ban of gambling in the US, where the company lost over $120 million, they would be positioned higher on this list. The company has been on the market for 24 years and started as Virtual Holding Limited. In 2008, the company acquired the Bingo business of Globalcom Limited. It has expanded and its American base and returned to the market by owning four legal gambling websites. 888 Holdings has made it easy for players looking for guaranteed wins every day. They have provided the Daily Jackpot, a massive cash prize pool that increases throughout the day & must drop by midnight (GMT+1). As the time approaches midnight, the odds of winning increase, and it can be won at any time by any spin made of the different daily jackpots slots.

Over the past few years, the company has acquired different brands to position itself as one of the pioneers in the market. Owning and developing its technology enables 888 to create differentiated products, adapt to regulatory changes effectively, enhance customer safety, and respond quickly to new opportunities.

Australia Leisure Limited is an Australian gambling machine manufacturer located in the Sydney suburb of North Ryde. Though their headquarters is in Australia, they have many marketing and development offices in other regions of the world like South Africa, Russia, and the US.

The company has been providing games for 67 years and offers one of the largest slot arcades in the world. The company has an operating cost of A$1,162.5 million, but they have made about A$698.8 million within the fiscal year. Aristocrat offers its players numerous jackpots and has launched its highly anticipated game Buffalo Link™ on the MarsX Portrait™ Cabinet. Thrill and functionality of Aristocrat’s legendary Lighting Link™ and Dragon Link™ games with the theme and features of the gaming industry’s most recognized slot brand – Buffalo. Over the years, Aristocrat has positioned itself as one of the brands to reckon with. That’s why many players look to try their hands on Aristocrat online Gaming pokies.

Paddy Power is an Irish bookmaker that started operations in 1988 in Dublin. They have become a well-known brand through a chain of licensed betting shops in Ireland and the UK and operating Ireland’s biggest telephone betting service. In September 2015, Paddy Power and their biggest British rivals Betfair agreed a merger term. The transaction was structured to acquire Betfair by Paddy Power and the enlarged entity, named Paddy Power Betfair. The merger was completed in 2016.

The company has been on the market for over three decades, and they have worked tirelessly to get to where they are. The company’s yearly budget has not been made public due to reasons best known by the brand, but they are well accepted in the UK and Ireland as that’s their biggest market.

As it is now known, Paddy Power Betfair offers players the opportunity to play their daily online jackpot, which they have to choose from the best jackpot games available on their website. The company’s biggest accumulator win hit occurred in 2013 when a player won a bookie for £986,807 from a tenner bet on a horse racing six-fold. The company has set itself as the biggest online gambling brand in Ireland and is positioning itself to take over the UK market.

Bet365, known as Bet365 Group Ltd., is a British online gambling company based in the UK. It was founded by Denise Coates, who remains the highest shareholder and joint CEO alongside her brother. The company offers sports betting and Casino types of games to its clients and is headquartered in Stoke-on-Trent.

Over the years, the company has grown to become a well-known brand in the UK. Stats have shown that the company has received over £53 billion on sports and made a revenue of £2.86 billion with an operating profit of £660.3 million. The company has seen a lot of popularity as they have developed outside the UK with Malta, Bulgaria, and Australia at the height of new locations.

The latest feature on this platform is their Dual Drop jackpot which offers players two mechanically different Jackpots: The Community Jackpot and Weekly Jackpot. Both jackpots offer automatic entry based on the total amount staked and require no opt-ins from customers.

Kindred Group is an online gambling operator that houses over 9 casino brands. The group offers players products such as online Pokies, Poker, Sports Betting, Online Bingo, and Online Casino. The company is registered in Malta and operates major hubs across Europe, the US, and Australia. The business was formerly known as Unibet, but they changed their name to Kindred Group in 2017.

The company has been on the market for 24 years and just entered the US Market a few years back. They are well known and attract players in their thousands. The company strategically positions itself as a well-known brand with various partnerships with different brands in America and Europe. Competition needs to watch out for them as they have started gaining ground around these places.

They have recently signed a partnership deal with Playtech, which will supply them with casino products, so players should expect something huge from this partnership between two giants.

This brand has been on the market for 22 years has grown to become the world’s leading and largest international designer, developer, and licensor of web and mobile application software to the digital gaming industry, whose customers are most of the blue-chip companies in this industry.

With their success in the industry, they have acquired different brands and sign numerous deals with different companies, which position them as the biggest software supplier. As of 2016, its software powers approximately 27,000 self-service betting terminals for operators.

Having these brands as the largest gambling companies is advantageous to the market as the competition between them will increase players’ chances for more winnings. The share of gambling on the market of online services will increase. Players of the online casino should remain alert for new offers from these brands as they’re bound to launch something new, especially after this Covid-19 break.