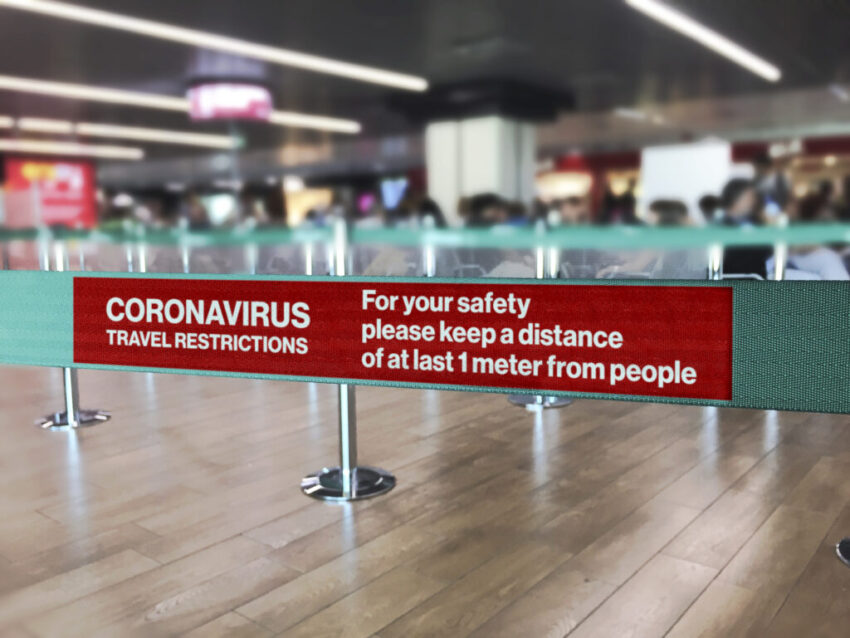 The government-mandated shutdown of the economy has caused tens of millions of Americans to file for unemployment since February 2020.

It has affected 14.7% of the working population. This sudden change has significantly affected people’s lives in a lot of ways. As the economy shuts down, more and more people are now struggling to live and provide food for their families. This is especially true for people who were breadwinners and had to feed a large family.

Now several states are opening up, while others lag a bit in the process. Economists expected that the May jobs report would show that 7.5 million more people would file for unemployment, pushing the rate close to 20% for the first time since the 1930s. Although gradual, the opening of the economy has now encouraged people around the globe to start looking for jobs.

Early on June 4th, one station reported that “Unemployment likely hit its worst level since the Great Depression era in May, with the only question being just how bad things got.”

But at 8:30 a.m., instead of a loss of 7.5 million jobs, the figure came in at 2.5 million new jobs. Reporters shook their heads and looked to see if a ‘minus’ sign might be missing. Eventually, they accepted that the number-crunchers had been overly pessimistic, by 10 million jobs. This change might be unexpected for the media but for people who are struggling financially, this is great news. The opening of the economy makes it easy for them to look for jobs and eventually become financially stable.

Total nonfarm payrolls that had just seen their worst monthly drop in April had now recorded the most significant one-month gain in history. The increase in employment opportunities in different industries is expected to continue in the years to come.

What could have caused it?

The sentiment of what caused the jump in jobs is probably best summed up by CNBC’s Jim Cramer, who said, “I think there were a lot of people who felt that the layoffs would be permanent and it’s obvious that there’s so much demand that people have to bring people back.”

Others felt that, because the economy was so robust before the pandemic shut it down, the trends seen when it closed would kick back into motion at the first opportunity.

The pandemic has forced millions of businesses around the world to halt its operations but as restrictions continue to ease up, the business sector from different countries are also expected to recover – and they can also do so by rehiring their employees or looking for new talents.

What do the good jobs numbers mean for the economy?

Back in 2001, the economy went through a brief paralysis after the attack of 9/11. A year later, the economy had recovered entirely. But, with a national economic shutdown this massive, clients are asking wealth management firms such as HCR Wealth Advisors: what can we expect? Will it take that long?

‘Optimistic’ projections predicted a rebound in July or August of 2020. So, if the jobs report is any indication, we now see that the turnaround may have started early, and it strongly. But it’s unlikely that the growth will be in a straight line. HCR sees ample opportunities for hiccups – including a second spike in virus cases. Things are far from normal.

The leisure and hospitality sector lost 7.7 million jobs in April. And it added 1.37 million back in May, almost half of the month’s total gain. Construction made up nearly half its April losses by adding back 464,000 jobs. Education and health services grew by 424,000, retail added 368,000, and manufacturing rehired 225,000. The only substantial loss of jobs was in the Government sector, with 585,000 jobs lost.

Some green shoots seen earlier by HCR have started looking like small trees. Homebuyer mortgage demand is 13% higher than a year ago. Pent-up demand is responding to opening markets, and potential buyers are finding that inventory is still tight: down 25% from a year earlier.

Oil prices have recuperated nicely from below $0 in mid-April to around $40-per-barrel for Brent Crude and WTI. The timing is far earlier in the year than expected, as OPEC+ production cuts are holding for the moment, and global demand creeps up with each lifted lockdown. But production cuts are not guaranteed to hold, and prices are still low for many producers, particularly offshore and shale drillers. There are still plenty of unknowns.

What do the numbers mean for investors?

By June 5th, CNBC declared, “Stocks ended the week on a high note, as a record jobs report number pushed the major averages higher. The Dow, S&P 500 and Nasdaq Composite are all tracking for a third straight week of gains as a faster-than-expected economic recovery continues to fuel investor optimism.”

Because the jobs numbers were so solid and broad-based, the expectation was that the good news would continue going forward. Stocks that would benefit from a broad reopening benefited the most: airlines, cruise-line operators, resorts, some retail, and banks. The ‘lockdown favorites’ such as Netflix, Zoom Video, and Amazon lost some of their luster.

After the Federal Reserve recognized in February that the pandemic would be worldwide and that shutting down economies would destabilize markets, it watched as investors sold off whatever they could, until locking in losses became too painful. The Fed’s primary goal became that of turning a dysfunctional market into a functioning one. (The recent return of indices to pre-pandemic heights proves it has succeeded.)

The question is how indices could rise as they have in the face of so much disruption. The answer is that the markets are forward-looking and have already factored in the pandemic, the shutdown, and the massive unemployment.

Investors can now make buying and selling decisions by looking at new risk factors. But those risks are not inconsequential. The civil unrest on our nation’s streets could escalate further, or the virus could double back. Plus, the outcome of the election in November could panic the markets.

Or, a critical segment of the investor world – those concerned about the ever-growing national debt – could see its worst fears come true: inflation and high-interest rates that would make servicing the debt unaffordable.

Are any other factors at play?

Advisory firms such as HCR Wealth Advisors question how fast the economy can recover. The answer depends on whether American consumers keep hoarding cash or if they start spending again. They account for about two-thirds of the economy. So, their spending habits will influence it if, after the first-quarter downturn, the economy rebounds in the shape of a V, a W, a U, or a checkmark. A ‘V’ is the best and is the most expected shape, based on the strong jobs report.

Consumer spending slowed considerably as a result of fear and uncertainty. These reflected the devastating effect of coronavirus itself, the mandated shutdown of the entire economy, and the massive job losses. Instead of spending, people saved.

People feared that they will be required by their state to stay at home for months, prompting them to be more cautious about how they spend their money. This is especially true for individuals who lost their jobs because of the pandemic. And because most stores were closed because of the pandemic, people around the world are forced to save money because they have nowhere else to spend it aside from food and medicines.

As a result, according to the U.S. Bureau of Economic Analysis, the personal savings rate hit 33% in April. That’s measured as a percentage of disposable income, and it’s up from 12.7% just in March.

Now, just as states are opening up and people are going out, purchasing may be thwarted somewhat by the disruptive protests on the nation’s streets. The level of uncertainty remains high. Even if the restrictions start to ease up, people are still hesitant to go out of their homes because of the number of protests happening today. Shopping malls and other non-essential stores are open in some parts in the world but most people would choose to stay at home to remain safe.

So, how fast can the economy recover?

The answer depends on whether the increased savings level reflects the shutdown or a more structural, long-term change in consumer habits.

If it reflects the shutdown, it’s merely the result of hundreds of thousands of large and small businesses closing their doors to stop the spread of the virus. Consumers were forced into saving for a lack of opportunities to spend. And, as soon as opportunities return, consumer spending will return, possibly with massive, pent-up demand.

HCR points out that a large number of seniors in or near retirement could be another weight on renewed spending. The closer you get to the end of your income-earning and accumulation phase, the more shaken you will be by the volatility just experienced. Even with markets returning to earlier highs, and portfolios back to pre-pandemic levels, seniors may be the last group to join the buying frenzy. And they account for a large proportion of disposable income in the country.

On the other hand, several voices say the consumer will lead the economy out of the downturn. Bank of America’s CEO Brian Moynihan already sees signs of recovery in spending. And checking accounts in his bank are still flush with 30-40% more cash than 12 weeks ago, so there is plenty of stimulus money left to make its way back into the economy.

So, what does the Federal Reserve expect?

On June 10th, the Federal Reserve declared its intention to hold Fed funds interest rates at or close to 0% through 2022, along with taking other supportive measures such as continuing to buy Treasuries. None of the Federal Open Market Committee’s 17 members indicated negative rates, which would be a red flag for many investors.

The Fed projects a GDP loss of 6.5% for 2020 and an unemployment figure for the year of 9.3%, because of the first-quarter crisis. But it shows uncharacteristic optimism by projecting GDP growth of 5% and unemployment down to 6.5% in 2021.

An investment strategist at Baird summarizes the outlook this way: “While not looking past the current pain, the hope is that from these moments of uncertainty, a path toward a more hopeful future (and more robust economic participation) will emerge.”

But HCR realizes that this is not the time for anyone to take their eye off the ball. Many who bravely held their market positions through its downs-and-ups are back to close to where they started. Those who locked in losses on the way down can make some of them back with smart moves – if well advised.

We are still in unchartered waters on many fronts. Be sure you have knowledge – or someone knowledgeable such as HCR Wealth Advisors and Wealth Teacher – by your side. These resources will give you in-depth information about the world’s economy and how its status can affect your life.

HCR Wealth Advisors is a registered investment advisor that believes in doing its best for every individual it serves. As we navigate through the unchartered waters of a pandemic, a national lockdown, massive job losses, and extreme market volatility, HCR works with its clients to help guide them toward their ideal financial outcome. The company’s 30 years of experience – and its dedicated teams – are what make that invaluable service possible.

This article is provided for informational purposes only and should not be interpreted as investment advice. HCR Wealth Advisors is not affiliated with this website.