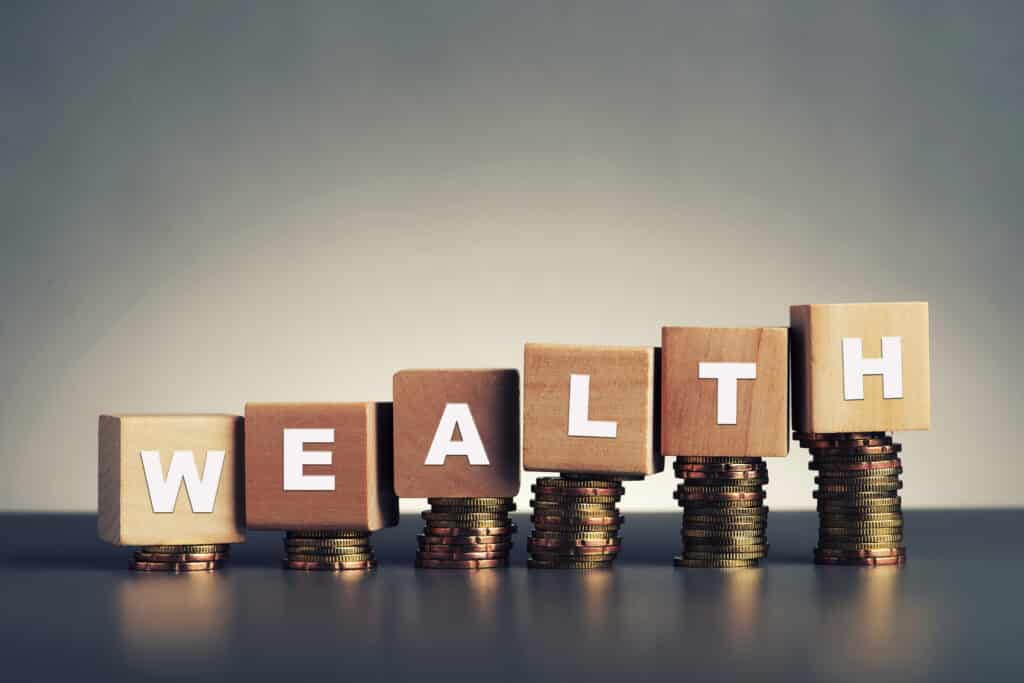 Just about everyone wants to achieve financial independence, but only a few attain it. Why is that so?

Understand That Income Is Not Wealth

“Income” and “wealth” are two words many people use interchangeably. While these two concepts go hand in hand, they don’t mean the same thing.

Income is about earning money; wealth is all about having money. Though a higher income potentially makes accumulate wealth easier, things are rarely so straightforward. The key to becoming wealthy is learning how to live well below your means.

You can generate wealth only if you escape the spending trap. It may sound cliché, but that’s the fundamental truth. Poor money management is the reason why many professional athletes end up filing for bankruptcy. By contrast, many individuals who don’t earn an exceptionally big paycheck are able to become rich thanks to their habit of saving money.

First of all, what is financial independence?

Generally speaking, it means not being dependent on a job or someone else to live the way you want. This brings us to the next question — how to become financially independent?

Well, here’s a five-point action plan that will stand you in good stead.

Making a budget is the single most important thing you can do to manage money. Start by categorizing expenses as fixed and discretionary. This will help you identify areas where you can reduce expenses to save more.

Now that you’ve drawn up a budget, cut down on expenses you want but don’t really need, at least for the time being. A good place to start is reducing impulse buying.

You can beat the enemy of frugality and your monthly budget by following a simple tip. Stop using your credit card for shopping; instead, use a debit card.

A credit card is not an emergency fund, so avoid using it as one at all costs. Using it is akin to taking a loan to get out of a bind. If you can’t pay it all back at once, you’ll have to pay interest. And that would mean adding another expense to your monthly budget.

For this reason, put some cash in an emergency fund to cover financial surprises life throws your way. So how much emergency cash you need? As a general guideline, have anywhere between three months and six months’ worth of expenses. The three-month recommendation is for people who have secure employment, while the six-month guideline is meant for those who have less stable employment. If you’re the head of household with kids, either consider setting aside more and purchasing a basic life insurance policy to protect your family financially.

Switching jobs is the best way to boost your income and achieve financial independence. The average salary increase for workers who change jobs is 5.3%  as opposed to a 4% hike for people who stayed at their companies.

Alternatively, ask your current employer for the raise. Remember, if you don’t ask, you likely won’t receive. Some important tips to keep in mind when negotiating a pay increase include:

If you asked us how to be financially free and we could give you one recommendation, this would be it. Here are some effective strategies to help you get started on the road to financial independence. Pick the one that is likely to work best for you.

Start As Early As You Can

There’s a Chinese proverb that’s apt for saving money. It goes something like this: “The best time to plant a tree was 20 years ago. The second-best time is now.”

The sooner you start saving for your retirement, the better. But if for some reason you didn’t get off to an early start, don’t make the mistake worse by delaying saving further.

Why is that so? Glad you asked.

The earlier you start, the more you can benefit from the power of compounding. And when it comes to accumulating wealth, there are few forces as impactful as compound interest. The real secret to compound interest has less to do with the amount that you save than with the number of years for which you save.

Here’s an example to drive home the point.

Greg and Jill are best friends and save the same amount of money into their financial plan ($100 every month for a period of 20 years). The annual rate of interest was the same for both — 8%. However, Greg started investing at age 36 while Jill didn’t begin until she was 46 years old.

You can only take good advantage of the investment opportunities available if you have got the money to invest. When you invest over a long period of time, there’s come a point when you can generate impressive returns.

Accumulating wealth and achieving financial independence requires time. You got to do small things right every day, like reducing expenses, generating extra income, investing money smartly. Over time, your money starts growing at a handsome rate.

As a result, when a new opportunity comes your way, you can act on a much larger scale than before. This is known as compounding. It’s when the capital gains your investments have earned start generating their own capital gains in a continuous, profitable cycle. That’s how a small amount of $10,000 grows to $2,890,000 over a period of 50 years at a rate of 12%.

For example, a doctor with an annual salary of $250,000 will have to pay heavy taxes, probably close to $90,000. Yet if she earned the exact amount from a tax-deferred pension plan, she won’t need to pay any taxes. That’s an additional $90,000 compounding for her. At 10% for 30 years, that’s an additional $17.89 million. Yeah, that’s right, nearly $18 million just because the money is generated within tax-deferred savings account rather than through regular labor.

Retirement accounts such as 401(k) are extremely important for all those who are savings and calculating how much they need for retirement. There are additional tax deductions for the taking if you put money into such retirement accounts.

Since these deductions bring down the taxable income, you can kill two birds with one stone. That is, pay less money in taxes right now and build up a big nest egg for your retirement.

Gaining financial independence is easier than most people think, but it’s not something you can achieve overnight. Accumulating wealth takes work and discipline, but small steps can bring in big rewards over time.