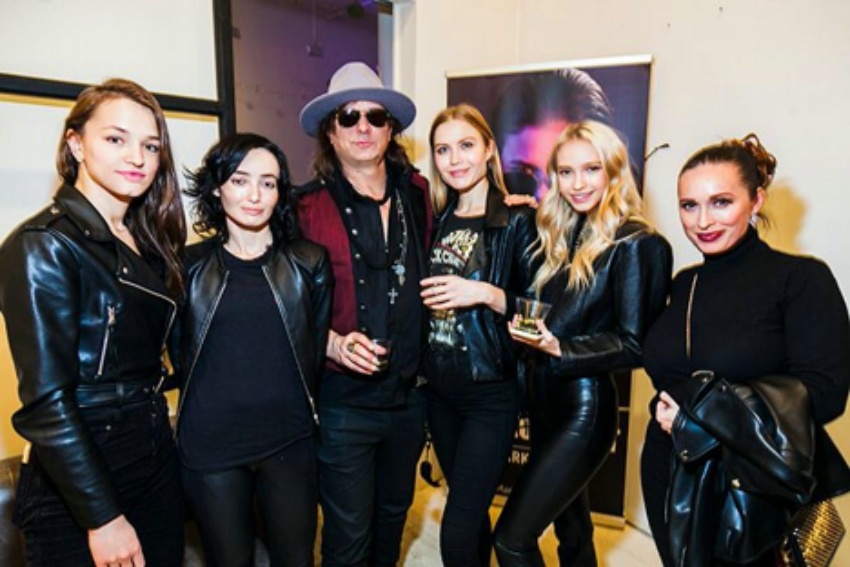 Enjoying art as a hobby is great, but you shouldn’t make a career out of it. It’s advice that many parents pass on to their children and what Marko Stout heard as he grew up.

Born in South Africa, he eventually went on to get a practical degree in evolutionary biology from Princeton University and work for a few years in a Veteran’s Hospital in Brooklyn. Now, Marko Stout’s name is on the lips of all New York celebrities, and he’s gaining great acclaim for his bold, industrial pop art style. What started as a creative experiment in freelance medical illustrations has turned to one of the most notable artistic careers of the decade, proving not only that art has an important role in the digitized urban wilderness, but also that it can be a more lucrative business than previous generations imagined.

Although the beginning of Marko’s career placed him in the pop art scene and many critics compare him to Andy Warhol, Marko Stout describes himself as a multimedia artist who doesn’t shy away from any creative medium from photography and video to sculpture and painting.

In 2015, he gained great acclaim with his print series “Chelsea Girls”, celebrating the sensual yet fierce women who cherished their independence and sexuality. Combining the vibrant orange and fiery red shades of his South Africa childhood with the grunge and gritty mood of the Chelsea Area in New York (where he spent a great deal of his artistic career), Marko Stout created raw, genuine portraits of the modern woman and her resilience in the urban jungle. His muses are bold, outspoken, and energetic.

Marko Stout explores the complexity of human experiences through uncommon associations of colors, textures, and subjects. Instead of extracting art from real life, he blends it with the grit of contemporary society and uses it to express its energy and excitement. Over the years, publications like The Examiner, In Hollywood Magazine, Forbes, and CNN have noted the vibrant energy behind Marko Stout’s works and acknowledged him as one of the best multimedia artists.

Artists are famously shy, introverted, and low-key – or so the saying goes. Through his works and public appearances, Marko Stout has tried to break these limitations and gained quite the reputation of being the rebel rockstar of New York City’s art scene. From his eclectic art galleries to his signature fedoras and aviator sunglasses, he has become a representative figure for the city’s eclectic style and even gained the attention of celebrities.

But, in spite of his popularity among celebrities, that’s not where Marko Stout draws his inspiration. In a 2018 interview, the industrial pop artist confessed that he is personally not interested in celebrities and that the people on the streets and clubs in New York are much more interesting.

Thanks to his many celebrity fans and buyers, Marko Stout’s works quickly became known as upscale. Most of his works sell much higher than the budget of the average collector, and his New York galleries attract quite the posh crowd.

Marko Stout is best known on the local art scene, but he’s also had exhibitions in Europe, Hong Kong, and Tokyo.

The new era of art as a business

Marko’s success may seem unlikely, considering that art is globally seen as a hobby, not as a career. But, even in the digital world, art has found a way to thrive and, in particular, the artists that reinvented themselves and spoke the language of urban consumers (including Marko), had the most to gain. Nowadays, the works of the great masters, as unquestionably beautiful they might be, are no longer as relatable, neither through technique nor through subjects.

Meanwhile, industrial pop and other contemporary genres appeal to the personality and lifestyle of the modern art consumer, and that solidifies the potential of art as a lucrative business. According to the 2018 Hiscox Report, the online art market grew by 12%, after a 24% boost earlier in 2015. This goes to show that the medium has changed as well, and artists who embrace digital experiences and engage with followers on social media have a bigger chance to succeed.

Moreover, artists are more likely to receive recognition if they pay attention to the habits of younger collectors, influencers, and celebrities. Interestingly, the report points out that interest in art is higher in people under 35. These Millennial art lovers are also the ones likelier to take risks, invest in non-conventional works and prefer the artists that make striking combinations, use different mediums, or approach bold themes, like in Marko Stout’s example. These young collectors are also willing to spend more on a work of art because they know it can be a great investment.

And last but not least, we cannot leave out affluent consumers. According to the U.S. Trust, one in five high net worth individuals prefer buying art to increase their net worth and diversify their portfolios. So, even if the way we consume art has changed and we do not look at an artwork in the same way as our predecessor, art can be a business opportunity, provided that the artist understands the viewer’s cultural background and knows how to appeal to them.