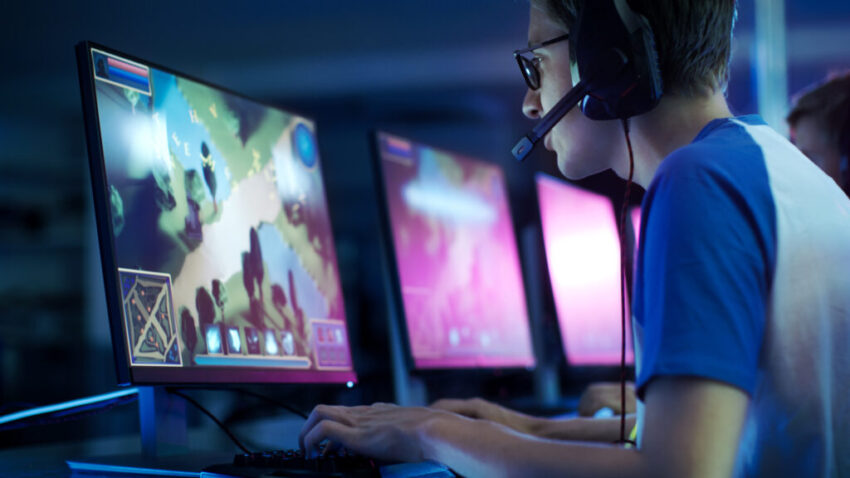 The major factor that fuelled advancement in video gaming storytelling and technology for many years was the rivalry between big brands. But there seems to be a shift from that.

One area this has excelled in is casino gaming. Numerous top end casinos and betting companies have gone on to acquire smaller brands to build them out. According to www.casinosites.bet, the most notable being 888Holdings Plc. a casino operator who went on to acquire Wink Bingo and Tasty Bingo in the late 2000’s.

Rivalry has been the driving force in the gaming industry for a very long time. The reason why video game publishers and console makers pushed the limits was to increase sales. But in the last year, most of the big gaming news has been about partnerships, revealing that innovation and growth in gaming can also be driven by collaboration.

This was first noticed in May 2019 when Microsoft and Sony announced that they are partnering to explore options in the cloud gaming and streaming solution designed in Azure, the Microsoft Cloud. After about six months, another partnership between Activision Blizzard and Google Cloud was announced, where Google Cloud would become Activision Blizzard’s official supplier of online gaming infrastructure, while the only broadcast partner would be YouTube. YouTube would be in charge of broadcasting Blizzard’s e-sports leagues including Hearthstone, Call of Duty and Overwatch franchises.

These partnerships could bring about a very huge impact in the video game sector, and that will include advancing the future of streaming gaming and taking esports to the mainstream. It can also help in advancing medical research, especially with the collaboration between the scientific community and the publisher Take -Two Interactive.

There are three key aspects of the partnership between Sony and Microsoft.

In the first aspect, they committed to joining hands to develop new gaming and streaming systems for Azure.

The second part is that Sony will build its streaming gaming and content services’ backbone on Microsoft’s Azure data centers.

The last of the features of the partnership is that Microsoft’s artificial intelligence proficiency and expertise is combined with Sony’s expertise in semiconductors. This seems to be the only aspect that has yielded results so far, as revealed in the announcement by the two firms last May that they are developing Sony smart cameras that are powered by AI.

Informing the world about the partnership, the president and CEO of Sony, Kenichiro Yoshida expressed optimism on what the two firms can achieve through the partnership. he said that they’ve had Microsoft as a key business partner for many years, though with competition in some areas, but that with the future cloud solutions that they will develop jointly, positive contribution would be brought to interactive gaming.

What the Gaming Industry Will Gain:

Now, through this partnership, the streaming gaming that many have regarded as the future of the industry may come to fruition. The Project xCloud streaming gaming service from Microsoft is presently in open beta testing, and Sony has said that its own cloud gaming service, PlayStation Now will be available on the ps5. While there would be competition for gamers by these two services, the partnership between the parent companies will be highly beneficial.

With Microsoft’s Azure data centers all over the world, Sony can offer streaming services with higher quality, while Microsoft’s Project xCloud can use Sony’s huge streaming experience to avoid the speed bumps encountered by newcomers to the game streaming business.

Here, we have a very straightforward partnership. Activision’s online games will be hosted on Google Cloud servers, while YouTube broadcasts its esports leagues to the world, China excluded. Together with online games infrastructure, the Google Cloud system also has artificial intelligence effects. With these, Activision Blizzard can develop more customized experiences for players. The Head of Gaming in Google Cloud, Sunil Rayan, when commenting on what the firm has been able to achieve in the field of analytics said that they’ve worked with Activision Blizzard for a few years in areas of mobile titles to make it more analytic and improve the player experience. He said that the new partnership is something they are excited about, especially because it gives them the chance to assist the development of one of the biggest and most reputable game developers in the world.

What the Gaming Industry Will Gain:

From this partnership, esports is being taken to the mainstream. Twitch was where Activision Blizzard’s esports leagues were broadcast in the past. Though many gamers know Twitch, it has a limited reach. Though Twitch has been predicted to surpass 40 million users by 2021, YouTube remains one of the most popular websites in the world. Users of YouTube already consume tens of billions of gaming hours per annum according to Ryan Watt, the Head of Gaming in YouTube.

The Borderlands Science was announced by Take Two Interactive in April, and this is a minigame slotted into the first person shooter roleplaying title known as Borderlands 3. When players solve puzzles in Borderlands Science, they earn currencies and in game rewards and assist researchers in mapping out the human gut microbiome.

In the borderline science, players are challenged to match rows that have tiles of similar colors, and each of the tiles represent a sequence of DNA from a microbe that lives in the human gut. When a player matches a row with similar colored tiles, they help scientists identify similarities in the DNA of different microbes.

The minigame is about a collaboration that nobody envisaged before. It involves different firms, including Gearbox software, the firm that developed the game, and the publisher of the game, The Microsetta Initiative at the School of Medicine in UC San Diego, Massively Multiplayer Online Science, Take Two Studios, and researchers and scientists at McGill University.

One of the stars of the “The Big Bang Theory” by CBS and a neuroscientist named Dr. Mayim Bialik explained the game in an instructional video which must be watched by players before they play the game for the first time.

What the Gaming Industry Will Gain From This:

More scientists could see help from the gaming field in their future research endeavors, especially when you consider the fact that the Borderlands Science recorded huge success in the early stages. The puzzler was rushed by gamers, and more than 36 million puzzles were solved by 700,000 players in the minigame’s first month according to Gearbox. Speaking about this, a professor at McGill University, Jérôme Waldispühl said that a lot of complex data is needed, though it sounds simple, and that this could not have been accomplished until an A++ developer like Gearbox delved into it.

The Founder and CEO of the Massively Multiplayer Online Science that brings researchers and video game companies together, Attila Szantner posited that Borderlands Science’s success could propel other game developers to seek for further collaborations with the scientific sector. He thanked Borderlands for working to advance scientific research. He said that the first week witnessed a huge number of players, and that he hopes that other top level titles will liaise with citizen science projects like this in their games.