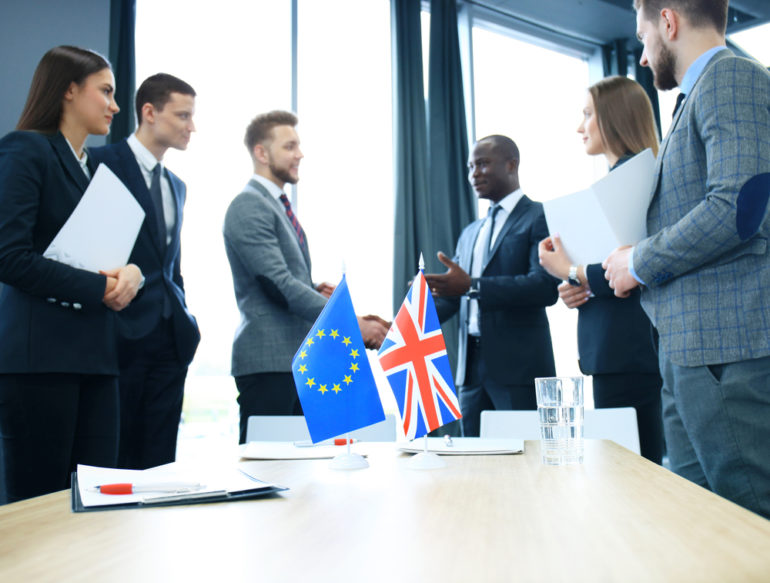 Depending on which side of the argument you are on, the Brexit is either going to be a great or disastrous change.

The fact of the matter is that no one knows what the true outcome will be which is what is making it should a complex issue. One thing is for certain is that it is going to have a major impact on industries across the UK should they exit the European Union. There are a number of sectors that exiting Europe will benefit and the gambling industry is one of those sectors. In this article, I will talk about why casinos and sports betting companies in Britain are hoping for a Brexit to take place.

Gambling is big business in the UK and over the last decade, it has grown at staggering rates. The biggest sport is Football with the EPL been the most watched league in the world and also the one that attracts gamblers all over the world. It is the cash cow of the sports betting industry in Britain which has seen millions pumped into the sport via sponsorship deals. There is a great uncertainty of how the Brexit will affect the industry but one thing is for sure that they will do everything to protect this huge revenue stream.

Bookmakers across the UK are taking advantage of the passionate Brexit punters by offering them the chance to put their money where their mouths are. All of the top sites such as the Aspire Global sports betting site Karamba are offers odds on if a 2nd EU referendum will take place. You will find odds of 3/10 on it not happening and 5/2 on it taking place which has seen a lot of action over the last few weeks.

Political betting is becoming big business in the UK and bookmakers are exploiting this to the fullest. A huge amount was made by bookie during the first referendum due to the surprise vote of wishing to exit the Euro.

In a single day, wager amounts have surpassed three million pounds on the Brexit vote which is an astounding total for politics. Normally this level of betting would only be reached for big EPL matches taking place. It has shown that there is a large demand for this type of wager so the choices of bets have expanded to create more opportunities.

Political leaders are paying a close eye on the bookmaker’s odds to gain an insight into the sentiment of the people. The betting odds lines have been changing a great deal over the weeks as new pieces of news impact the prices greatly. Over the last few weeks, the remaining side has seen a huge influx of wagers which has brought the odds crashing down.

Political betting in the UK is nothing new and in fact, has been taking place for hundreds of years. The largest event took place during the Scottish referendum with the like of William Him taking an astonishing 3.25 million pounds in wagers. The Brexit is going to eclipse that record amount set in 2014 and is estimated that during 2018 the revenue for political betting will reach more than 20 million pounds.

With most of the large bookmakers and casino operators based outside of the UK in gambling-friendly jurisdictions such as Gibraltar, the Brexit will not have a huge impact on the largest companies that trade in the United Kingdom. There is so much uncertainty that no one knows what the future will bring but one thing is for sure that the betting companies will take advantage of opportunities to attract bets on the situation as they always end up on top.

If you are passionate about the Brexit and are certain of the outcome you can always put your money where your mouth is. One of the most popular ways to place wagers on politics is via peer to peer gambling websites as it means punters can do battle against their political rivals which adds to the banter and fun. It does not have to stop at the Brexit either as now you can find odds on all political events around the world.