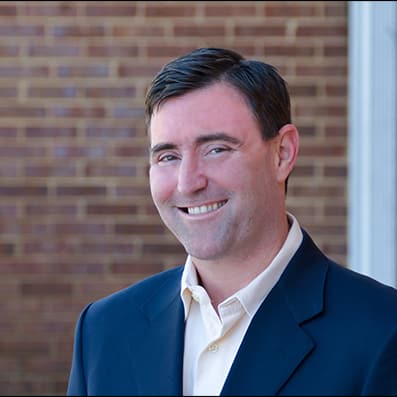 As a traditionally rigid insurance industry becomes bogged down by antiquated processes and operations, a handful of industry leaders are seeking to shake things up and modernize how Americans view and buy insurance.

One of these leaders is Heath Ritenour, Chairman and CEO of Insurance Office of America (IOA). He and his company are creating products to streamline the insurance application and approval processes, making it easier and quicker for consumers and business owners to obtain the coverages they need without losing the human touch that has always been the hallmark of the insurance industry.

The State Of The US Insurance Industry

The US insurance industry hasn’t significantly evolved in more than 100 years. Even the commercialization of technology has barely nudged the way consumers purchase life, auto and car insurance. Insurance innovator Heath Ritenour is critical of the amount of information that insurance companies ask of their customers, and the time it takes from application to coverage. Says Ritenour, “I still see a lot of the national insurance brokers and the national insurance carriers that are pretty much stuck in their old ways of growing by acquisition, doing things the way they used to, not really being innovative”.

The typical consumer still purchases insurance in person or by speaking with their agent on the phone, filling out lengthy applications and waiting for approval. However, consumers are ready for a change. According to one survey, consumers, especially millennials, “expect new services, innovative features and an on-demand user experience”. Those insurance companies who are unable or unwilling to change stand to lose a lot. The total insurance industry is valued at more than $4.5 trillion.

As an example, Heath Ritenour explains that the typical home insurance application currently asks about 70 questions and the typical car insurance application asks another 50 questions. Depending on the consumer’s answers to those questions, there may even be more questions. Ritenour continues, “With SimplyIOA, we ask your name and your date of birth, and we will automatically pull up the home that you live in and the address, the year that it was built, the year that any of the plumbing was replaced, the roof was replaced, we will also pull the VIN numbers of the vehicles that are garaged at that address.” Many of these things are answers that the individual doesn’t even know without doing a little research. Thus, automation is key to saving time, energy, and effort.

The entire SimplyIOA process, for auto policies, typically took around three minutes. That’s a lot more convenient than the typical 45 minutes to an hour it takes to complete a traditional application. However, that doesn’t mean that technology has replaced the human touch. IOA agents are available via live chat, phone or even by Zoom to answer any questions a consumer might have while filling out the application. “What we want to avoid,” says Ritenour, ” is people having to wait on hold for 20 minutes just to ask a simple question”.

Heath Ritenour And The Future of Insurance

Chairman and CEO Heath Ritenour and IOA are in negotiations with several big technology names and other insurance companies to make SimplyIOA available to consumers all over the country. While the specifics are still in motion, Ritenour looks forward to big things happening in the arena in the next three to six months.

Already, IOA has collaborated with Zenith Insurance Company, a provider of workman’s compensation insurance. With Zenith, IOA has introduced a software product called Zenia Insures, available predominantly to restaurants in Florida at this point. Using this product, restaurant owners can fill out a simplified application on their computer. According to Ritenour, “You answer those few questions, this is literally like a two or three-minute journey, and you automatically get a price. That price is a 5% discount from standard rates for restaurants.” The company is working on similar products designed for other industries.

Heath Ritenour joined IOA in 1996 as an agent. He became CEO in 2007 and Chairman in 2019. During his tenure, the company has grown to be the 11th largest privately-held insurance company in the United States. In addition to his role as Chairman and CEO of IOA, Heath is the President of the IOA Foundation, an organization that works at giving back to the Central Florida community through charitable programs, fundraising drives and sponsored sporting events. These annual events include the highly anticipated Symetra Tour Road to the LPGA, a feeder tour for the LPGA. Heath Ritenour also sits on the Board of Central Florida’s Cogent Bank.

Heath Ritenour has earned several honors over the years. In 2018, he was named a “CEO of the Year” honoree by Orlando Business Journal, and in 2020, he was named to Insurance Business magazine’s “Hot 100 2020 List”.

About Insurance Office of America

Insurance Office of America (IOA), dba IOA Insurance Services in California, is a

full-service insurance agency founded in 1988 by John Ritenour and Valli Ritenour. Today, IOA is led by Chairman and CEO Heath Ritenour, and it is one of the fastest-growing independent

agencies in the United States.

Headquartered in Longwood, Florida, part of the greater Orlando community, IOA has more than 1,300 associates located in over 60 branch locations in the U.S. with offices in