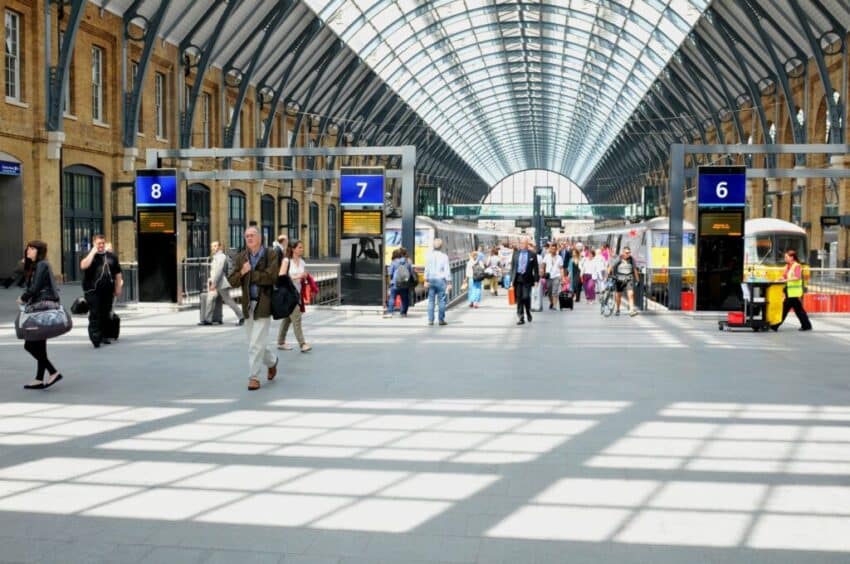 For more than a hundred years, London has been a city of commuters. Workers living in the belt around the city would rise every morning and make the journey to their workplaces in the centre, usually via train or tube.

Of course, the emergence of a deadly pandemic has changed the picture somewhat. Nowadays, Londoners are a great deal less keen to make the trip every morning, thanks to the danger of contagion – which is especially prevalent in an enclosed space like a tube or city bus.

Over the summer, the official line from the government changed, allowing workers to make the trip into their offices once again. Consequently, the number of passengers on tubes and buses rose 17.2% week-on-week in the former case and 22.2% in the latter. But in response to a rise in case rates and hospitalisations, this advice has been reversed, with workers being advised to work from home ‘if you can’.

Passenger numbers had not yet recovered to anywhere near their levels of 2019, and further caution is likely to drive those numbers down still further. Moreover, many Londoners are realising for the first time just how costly the average commute can be. Hours of every day are now available for socialisation, leisure, exercise, and sleep – and the mental health benefits can in many cases be palpable. It is the sort of benefit for which many will happily sacrifice financial prosperity. Put simply, a significant number of people don’t want to go back.

What about the Future?

Working from home is likely to remain a significant facet of working life for the foreseeable future. While some face-to-face contact will still be necessary, much of the work you’re traipsing into an office every morning to do might equally well be done at home. And now that every business in the country has undergone an unprecedented experiment in home working, many of the obstacles that might have stood in the way of this practice have been cleared. Big companies like Facebook and Google have made the switch; so too might everyone else.

Rather than commuting from outside the city, workers in the capital might get themselves temporary accommodation in the middle of it. The serviced apartments London residents have access to might make it easy to skip the commute, for at least some of the days of the week.

The fixed nine-to-five working day is, for most of us, insufficiently flexible and contrary to our innate biological clocks. Some of us like to get up early; others like to burn the midnight oil. Moreover, as we get older, our biological clocks shift back. The technical term for this is ‘chronotype’; what’s important is that greater flexibility means healthier sleep habits (as well as shorter commutes and less risk of contagion).