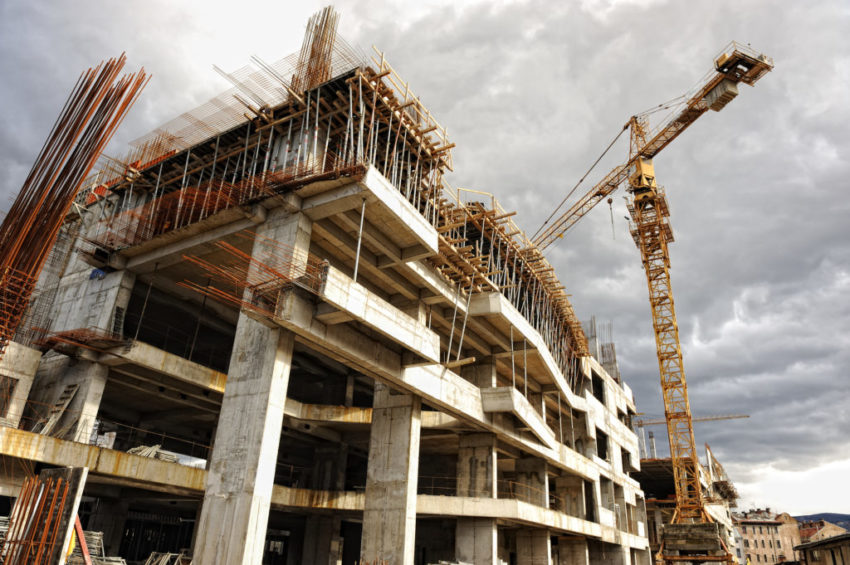 End users would like the IIoT to create a cohesive system of devices and applications able to share data seamlessly across machines, sites, and the enterprise to help optimize production and discover new cost-saving opportunities.

Sharing process data has long been a goal of industrial automation but traditional operational technology (OT) architectures are poor at scaling, priced prohibitively and demand complex configuration and support.

So, what is changing to achieve this new, more ambitious goal?

Much as consumer hardware and software technologies have shifted to improve ease of use and connectivity, industrial products and methods are following the same trend.  By adopting information technology (IT) capabilities, they are making it easier to connect industrial equipment with computer networks, software, and services, both on premises and in the cloud.

This article discusses how a more distributed global architecture is enabling connectivity from the field to the cloud for sensors and actuators, and for the input/output (I/O) systems and controllers linked to them.

UP AND DOWN ARCHITECTURE

Industrial automation architectures generally address data processing from a hierarchical perspective, as with the classic Purdue model.  One good feature of this hierarchy is the clarity it provides regarding where the data can originate, be stores, undergo processing, and be delivered.

However, the task of transporting data and processing it in context is often difficult, because so many layers of equipment are required to connect devices and applications.

For example, the illustration shows a traditional method of acquiring temperature data from a facility equipment and moving it to a back-end client, like a database.

The lowest level of automation architecture is made up of the physical devices residing on process and machinery equipment: sensors, valve actuators, motor starters and so on.  These are connected to the I/O points of control system programmable logic controllers (PLCs) and human-machine interfaces (HMIs), both of which are well suited for local control but less useful for advanced calculations and data processing.

However, using industrial communications protocols, these low-level devices can respond to data requests from upstream supervisory control and data acquisition (SCADA) systems where it might be historized or made available to corporate level analytic software.  Sharing data within multi-vendor systems, however, often requires additional middleware, such as OPC device drivers to translate the various industrial protocols.

More advanced site manufacturing execution system (MES) and overall enterprise resource planning (ERP) software also reside at higher levels of the architecture hosted on PCs or servers on site or in the cloud where the cloud is defined as large-scale, internet based, shared computing and storage.

Information generally flows up to higher levels to be analyzed and used to optimize operations, but the middle layers area required in order to interpret, translate, filter, and format the raw data produced by low-level devices and protocols.

Since the low-level devices typically lack protection against cyber-intrusion, a clear division must also be maintained between high-level systems exposed to external networks and low-level systems.

Developments over the past decade are significantly altering this traditional hierarchy, flattening, and simplifying it to a great extent.

Field data can be raw I/O points connected at the edge or derived calculation values.  Either way, the problem with traditional architectures is the amount of work it takes to design, physically connect, configure, digitally map, communicate and then maintain these data points.  Adding even one point later may require revisiting all steps.

To create more scalable, distributed systems, some vendors are making it possible to bypass these layers between the real world and intermediate or top-level analytics systems.

With enough computing power, all the necessary software for enabling communications can be embedded directly in an I/O device.  Instead of requiring a controller to configure, poll, and communicate I/O data to higher levels, I/O devices can transmit information on their own.

This kind of edge data processing is becoming possible also due to a proliferation of IIoT tools, for example:

Another obstacle to scalability for IIoT systems based on classic I/O hardware is the work required to provide power, network connections, and the right I/O module types.  To address these issues, vendors are taking advantage of new technologies to make distributed I/O more feasible and flexible.

One example is power over Ethernet (PoE) capability, which uses an Ethernet network cable to simultaneously supply low-voltage power and network connectivity.

When PoE is embedded into an edge I/O device, it can even supply I/O power, simplifying electrical panel design and saving money on additional components and labor.

EDGE CONTROLLERS BRING IT ALL TOGETHER

In case of IIoT applications, edge controllers can use this flexibility to communicate with an array of data producers, transform their data in meaningful ways and deliver it securely to data consumers.

Then, with support for IT-compatible MQTT and REST interfaces and a variety of networking options, EPICs can securely connect OT networks to IT systems while reducing the layer of middleware required to do so.

The combination of edge I/O and edge control leads to a new distributed data architecture.

With edge devices making local data available to computing resources at the edge and at higher organizational levels, the local hierarchy can be flattened even as geographical distribution is expanded.

Here you can see some examples of new information architectures that are becoming possible for use in places like remote equipment installations, commercial facilities, campuses, laboratories, and industrial plants.

Where field signals are distributed over large geographical area of multiple sites, edge devices can facilitate data transmission to networked applications and databases, improving the efficiency and security of local infrastructure, or replacing high-maintenance middleware such as windows PCs.

For example, area 1 in the image shows edge I/O (groov RIO) placed at multiple remote sites with an edge controller (groov EPIC) at another site integrating data from existing PLCs.  Two of the edge I/O modules are sourcing, processing, and communicating field data directly into a central corporate database, using Node-Red.  The EPIC and other edge I/O exchange data for local control while also transmitting data to a central SCADA over MQTT.  Data processing is distributed throughout the edge network, allowing central systems to ingest data more efficiently.

The combination of smart hardware and software closes the gap between OT and IT systems, creating a unified data network that is scalable and centrally managed.

The example in area 2 demonstrates this pattern.  An edge controller acts as a secure gateway for legacy devices, allowing them to interact with cloud hosted IoT platforms, SCADA, or MQTT clients while protecting them against unauthorized access from external networks.  At the same time, edge I/O is used to integrate facility equipment (pumps, blowers, temperature sensors) and new equipment skids into the same network. The groov Epic may control the grove RIO modules, aggregate, and buffer their data in an embedded database, or simply transmit data to external systems.

In our example area 3 of the image shows two groov Rio modules reporting data from its factory directly to the cloud, via Node-RED or MQTT.  There is no need for intermediary control hardware because each module provides configurable firewall and data encryption settings as well as a data processing engine to combine, filter, and format data.  Since each edge I/O module is independent the network can grow incrementally, reducing capital project expenditures required to integrate new equipment.

Edge devices with embedded MQTT clients can publish field data directly to a shared MQTT broker/server or redundant MQTT server group located anywhere the network reaches: on premises, in the cloud or as part of a regional fog computing resources.  The broker can then manage subscribers to that data – any number of interested network clients across the organization, including control systems, web services and other edge devices.

Area 4 of the image shows this architecture.  Both groov RIO and groov EPIC have embedded MQTT clients allowing any other architectures to be combined into an efficient data-sharing network.  Two of the edge I/O modules in this example are publishing to a regional server group. The other two are communicating with an edge controller at another site which is using the edge modules as distributed I/O and publishing their data into the MQTT network.  Once data is published to the broker, devices and services that need that data can subscribe to it from wherever they are on the network.

Seamless connectivity is now a reality, thanks to technologies that make ubiquitous data exchange possible.  New hardware and Opto 22 software products enable interconnectivity among physical locations in the field, at the local control room, in the front office, across geographical regions and up to global data centers.

Distributed edge I/O, edge controllers and associated networking technologies support data transfer through the edge, fog, and cloud portions of an industrial architecture.  Using this approach, you can erase former boundaries between IT and OT domains and get the data you need to optimise operations. – data provided by systemdevices.co.uk

Craig Upton supports UK businesses by increasing sales growth using various revenue streams online. Creating strategic partnerships and keen focus to detail, Craig equips websites with the right tools to increase traffic. Craig is also the CEO of iCONQUER, a UK based SEO company and has been working in the digital marketing arena for over a decade. A trusted SEO consultant and trainer, Craig has worked with British brands such as FT.com, DJKit, UK Property Finance, Serimax and also supported UK doctors, solicitors, builders, jewellers, to mention a few, gain more exposure online. Craig has gained a wealth of knowledge within the digital marketing space and is committed to creating new opportunities working with UK companies
View all posts

Craig Upton supports UK businesses by increasing sales growth using various revenue streams online. Creating strategic partnerships and keen focus to detail, Craig equips websites with the right tools to increase traffic. Craig is also the CEO of iCONQUER, a UK based SEO company and has been working in the digital marketing arena for over a decade. A trusted SEO consultant and trainer, Craig has worked with British brands such as FT.com, DJKit, UK Property Finance, Serimax and also supported UK doctors, solicitors, builders, jewellers, to mention a few, gain more exposure online. Craig has gained a wealth of knowledge within the digital marketing space and is committed to creating new opportunities working with UK companies