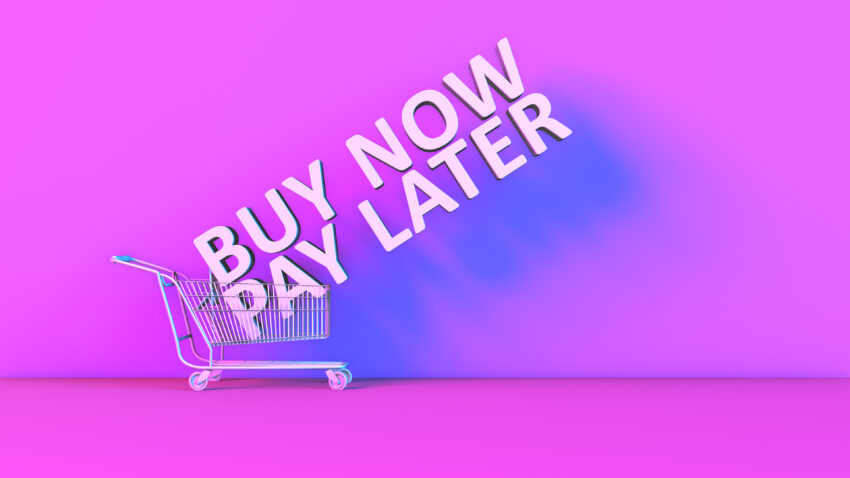 Fintech firms are popping up at a relentless pace, offering staggered online shopping repayments without interest.

The typical shopper experience, let’s say on a pair of £30 shoes, looks like this:

You don’t need to go through a credit check, and in a couple of clicks, your new kicks are in the post without making a dent in your bank balance, short term gain while deferring the pain.

It all sounds so simple, so easy, and so convenient – yet, there is a glaring issue that perhaps won’t make waves until the tide is too big to stop.

IS BNPL a Looming Disaster?

BNPL providers don’t charge any interest, but let’s note that doesn’t prevent them from levying late payment fees. After all they need to make money some way don’t they?

However, because they aren’t loan providers, they fall outside of standard credit regulator remits. Regulation through the Financial Sector Conduct Authority (or alternative national regulator depending on where you live in the world) is crucial to consumer protections.

Without it, a BNPL provider has zero obligation to monitor affordability or take responsibility for inappropriate lending. Therein lies the reason so many industry professionals are voicing concerns about how profound a crisis BNPL could cause.

What we have here is a potential catastrophe, whereby unregulated lending is taking place through millions of microtransactions, with some shoppers purchasing thousands of dollars of goods, way beyond their ability to repay.

The Hazard of Unregulated Lending

Fortunately, we have a real-world case study illustrating how unregulated short-term borrowing can spiral into a debt epidemic.

Wonga, a household name in the finance sector and no stranger to controversy initially launched as a payday loan lender in the noughties, offering individual lines of credit via online applications to people waiting for their next payslip to arrive.

There was limited industry regulation at the time, as the innovation of online payday lending was so fresh to the market it didn’t fall under the scope of the respective national regulators (yet).

Hundreds of competing providers joined the surge, and as the competition heated up more and more lenders became particularly lax when incorporating eligibility checks, credit reporting and other consumer protections.

Essentially, lenders were being too open handed with who was eligible for loans and for what amount. This meant consumers had too easy an access to credit they realistically would struggle to ever repay on top of the interest. Payday loans bypassed the legislation in place for every other form of personal loan available at the time.

The fallout was considerable, with thousands of customers trapped in debt spirals as they were unable to repay their loans. The situation eventually prompted credit regulators to act with sweeping reforms that capped loan amounts, repayment maximums and resulted in millions of pounds being reclaimed by customers. Payday loans as a credit product practically disappeared from the market with UK giants like Wonga and Quick Quid disappearing in a few short months.

It’s easy to assume that the issue lies with individuals taking advantage of easy credit, knowing they can’t make the repayments. However, it’s not that simple.

The majority of BNPL products are:

A credit card lender might happily approve an application, with all the requisite checks, not knowing that their new customer is taking out more short-term lending to keep up with substantial BNPL repayments.

So, will BNPL become a regulated financial product in the near future?

We certainly hope so. Because, if it isn’t, the impact on millions of consumers, and the financial sector as a whole, will be tremendous.

Watch this space for updates!