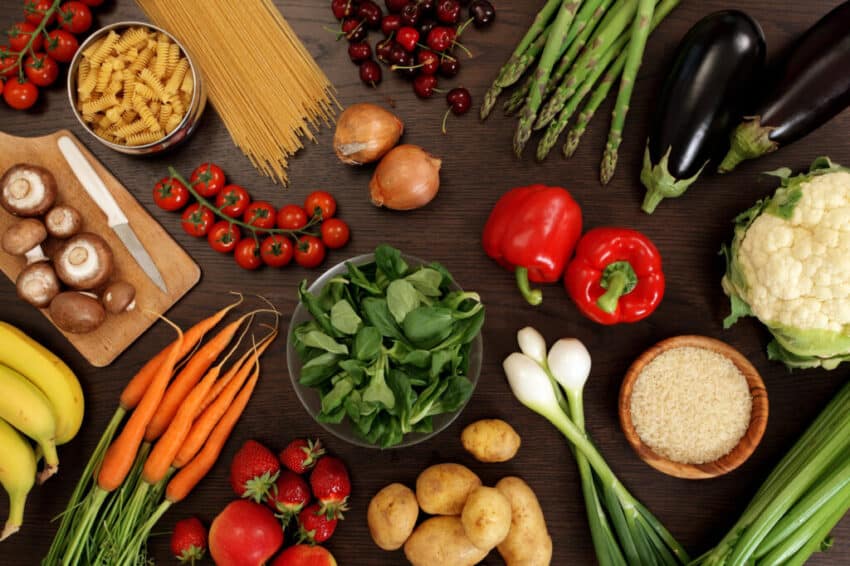 The human body is a vulnerable thing: it requires special care and protection not only during the abnormal summer heats but also during freezing winter frosts and other dangers.

Let’s admit, it is easy to prepare for and fight off objects and feels that one can see or sense; however, such a process gets way trickier when you must challenge things that are invisible to a naked eye – pathogens. It’s our immune system that does all of the hard work protecting us from dangerous viruses and bacteria, although investing in strengthening it always pays off.

It is easier to think about the immune system as really high and steep stone walls surrounding the castle – the human body. As hostile persons – pathogens from viruses and bacteria – try to enter the castle, they are immediately blocked by strong and invincible walls. However, as time goes by and the walls are exposed to changing weather conditions, they are likely to collapse if unsupervised or show weaknesses, thus needing constant strengthening works and additions.

One immune system – plenty of immunities

According to immunology scientists, in the medical world, the body’s immune system is distinguished in several different segments. All people are brought into this world having innate immunity – pre-programmed body cells that identify harmful substances in a matter of seconds and fight them; it’s the equivalent of using walls for protection that were already there. The adaptive immune system is a complete opposite of innate immunity – it’s a more advanced way to beat pathogens as it can remember them by storing information in itself on how to do it; it reminds building a new wall around the castle.

The adaptive immunity is further subdivided into natural passive and active, and artificial active and passive immunity, which all have contrasting acquiring processes. Natural-passive immunity refers to pregnancy months as a fetus receives antibodies to fight pathogens through the placenta or when nursing. Natural-active immunity forms once the person is done dealing with a live pathogen and forms immunological memory of such a process.

Artificial-passive immunity includes transferring one person’s blood to another, thus forcing one’s cells to share information on how to fight the pathogens to other’s cells. Artificial-active immunity stands for vaccination, after which antigens simulate a possible response to a small number of pathogens, and later knows how to destroy the disease as a whole. However, it doesn’t matter which type of immunity guards your body’s castle – it matters that you reinforce the complete picture of defending walls in time!

What happens once the immune system fails?

If the walls defending the castle fail to stop intruders, the castle itself becomes weak and damaged; immunology scientists divide such a situation into several categories depending on how the body deals with attackers – pathogens:

Tips on how to strengthen the immune system

Most of the time, the body’s immune system is strong enough to produce antigens and destroy pathogens without harming the actual person. However, as immune systems get weaker and start to struggle to fulfill its task, some immunity-strengthening methods and means are not optional but obligatory.

An average human spends about one-third of a lifetime sleeping – roughly 25 years, so anywhere from 7 to 9 hours every night. As regular sleep routine and quality rest maintain physical and mental well-being, it adds up to strengthening the immune system as well. We advise everyone to re-check their sleeping schedules and ensure a clean, relaxing, and stress-free sleeping environment.

As humans get all the energy needed to support the smooth working of the body from the nutrients, the only way to get them is through consuming healthy foods. Nutritionists advise people to eat a diet that would include foods from every group of the food pyramid. That means mostly eating grains and cereals following by various fruits and vegetables, not forgetting meats and dairy, but abstaining from eating lots of fats and sugars. It is also necessary to stay hydrated as water carries oxygen to one’s body cells and removes toxins from the body.

Scientists agree that about 30 to 60 minutes of exercise – walking, running, swimming, etc. – a day improves the body’s immune system and its ability to fight pathogens from viruses, germs, and bacteria. As it helps maintain healthy body weight and avoid obesity, regular and properly performed exercises adds up to both physical and mental health. Fitness experts also suggest showering under cold water or having an ice bath once in a while as it helps the immune system to fight off any remaining unwanted substances out from the body.

We are educated about the cost of harmful habits and addictions every step of the way; however, scientists recently found out that there are more than quarter-billion people dependent on alcohol in the world. No matter the addiction – alcohol, smoking, or drugs, such practices leaves permanent damage not only on the outside of the body but internally. As it weakens organs to perform their functions, prolonged periods of untreated addiction may result in autoimmunity problems.

One of the easiest ways to improve the immune system is to buy pharmaceutical preparations; however, as there is plenty of variety of vitamins and pills, one can do more damage to the immune system rather than good. As people all around the world pay more attention to what kind of medicine they put into their bodies, a lot of them choose homeopathic and time-proven remedies. There is a saying that nature provides humans with everything it needs, so drinking herbal teas is a logical way to strengthen the immune system, but make sure you know what you are about to consume beforehand!

There is one particular type of means to improve the strength of the immune system, which is only gaining popularity. CBD oil and other products are considered the new black as it has valuable anti-inflammatory features, helps prevent an immune response, and easies some autoimmune sicknesses. CBD oil can improve the way how precisely the immune system remembers harmful pathogens, thus speeding up the future recovery process and ensuring overall physical and mental well-being.

This Low concentration CBD+CBDA Oil Drops, with more than 5%  of CBD+CBDA per bottle. This is the best option for those who are new to CBD oil Drops. Made from Eu Grown certified Cannabis Sativa L. Not Heated, RAW. Grown with organic practices under the supervision of experienced growers of Hemp.

It doesn’t matter which methods you will choose to strengthen your immunity system as this process focus more on consistent efforts and positivity. Although we recommend you avoid saving when it comes to health and its improvement, there are plenty of options of how economically one can strengthen immunity right at home.