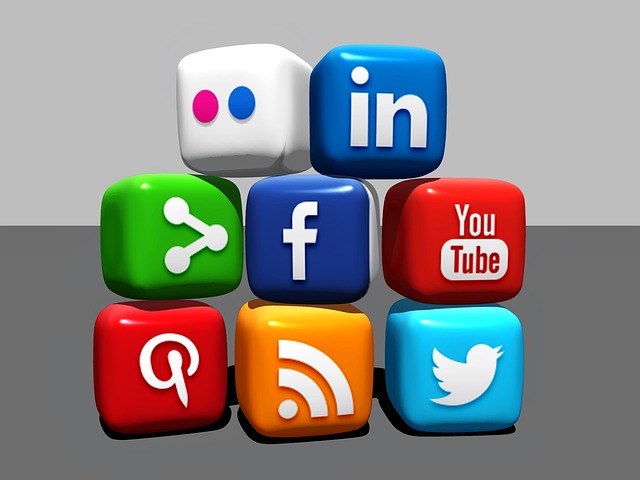 Social media is supposed to be bringing us together, but according to a new poll from Quinnipiac University in Connecticut,more than two thirds (70%) of people said that social media companies are doing a lot more harm than good.

Yes, we all know that our devices are constantly tracking us and providing us with engineered feedback all of the time, we’ve read arguments and evidence that suggests social media is making us sadder, angrier, less empathetic, more fearful, more anxious and more isolated people. However, despite those adversities, today we’ll be looking at how our social media profiles can seriously impact our chances when applying for a new job.

Now, many candidates modify and exaggerate information on their resume and during the initial interview to raise their chances of getting hired, and you could have a very well-written C.V, laid out clearly, designed aptly, full of experience with a brilliantly written cover letter emphasising why you should get the job. However, in spite of that, a lot of people don’t often realise that your social media presence online can be seen as an alternative resume. According to research, 34% of employers have admitted that social media sites have helped them to decide whether or not to shortlist their applicants for specific job positions. In other words, job-seeker’s social media posts have allowed recruiters to filter candidates based on the content of their online profiles.

It’s not too surprising to learn that in this digital age there might be some extra research involved in finding the right person for the role. If you’re on Facebook, Twitter or Instagram (amongst the many others we have now), then you should be aware that the content you have on your social media pages could be public and possibly affect the outcome of anything deemed inappropriate or denotes undesirable traits. Your potential employers could look at your profile and ask themselves, ‘Is this the type of person we want working at our company?’.

Jaron Lanier, the world-famous computer scientist, computer philosophy writer, technologist and author, was one of the first who alerted us to the dangers of social media, and in his popular book; ‘Ten Arguments For Deleting Your Social Media Accounts Right Now’, explains how “users are crammed into online environments that can bring out the worst in us”.

The problem with our content in the social media public sphere is that it is seen as an alternative resume, one that can also pick up on grammatical or spelling errors and one that you never know who could be paying attention to. Unfortunately, 22-year-old Cisco applicant Connor Riley had to learn this the hard way, when she was offered the opportunity to work for the massive technology conglomerate Cisco, however, that dream was shortly lived after she posted her thoughts on Twitter, announcing;

“Cisco just offered me a job! Now I have to weigh the utility of a fatty pay-check against the daily commute to San Jose and hating the work.”

“@theconnor Who is the hiring manager. I’m sure they would love to know that you will hate the work. We here at Cisco are versed in the web.”

Not surprisingly, shortly after Cisco’s reply, Connor’s job offer was revoked. Way back in 2011, a reppler survey named “How Are Employers Screening Job Applicants?” shared some monumental insights. 91% of hiring managers used social networking sites to screen prospective employees. 76% looked at Facebook accounts, 53% checked Twitter, whilst 48% assessed LinkedIn profiles of the candidates. But now that times have moved on, many managers recommend that recruiters check all three of these sites, along with Instagram, YouTube and any blogs that a prospective employee might have.

With this is mind, tempting as it might sometimes be to have a dig at your boss, colleague or just on a general bad day, particularly if you are feeling a little angry, always think before you post; “would I say this out loud at work?”, (if aimed at a person) “would I say this to their face?”, “will this make my colleagues or employer look bad?” or, “will it make them angry?” for example before you post.

Some further evident content that I would not recommend ever publishing in any situation would be confidential business information from any past or present employer, as well as posting and sharing offensive or illegal material (e.g. obscene, sexual, racist or extremist content etc.), in or out of work hours, could also easily cost you your job. So far, so obvious, but other important areas require more judgement. Many other disciplinary cases surrounding social media have involved ‘bringing the company into disrepute’ by say, the mention of confidential information or negative comments about previous or current employers, bosses or colleagues and behaving in a generally offensive or inappropriate way online, whilst being identified as a company employee of that company (by say, context or your profile information).

Publishing content viewed as derogatory or disparaging towards fellow colleagues, is also risky territory. Your employer has a duty to protect its staff from harassment and aggression, which includes cyberbullying which, in every practical sense, is unacceptable. Social media posts that show malice or profanity towards a fellow college graduate, colleague, or any other individual for that matter, is bound to pose an undesirable impact on your hiring potential or present career. Rude, malicious or insensitive comments are a reflection of your character as a person, and employers are undeniably smart enough to know that this also extends to your attitude as an employee. Expect your future or current employer to get to the bottom of it by determining the source those malicious posts. Upon proving that such posts do denote cyberbullying, it will raise questions about you and you can be sure that your employers will be quick to handle it. So, as with any other bad behaviour on social media, cyberbullying can cost you potential future jobs as well.

A social media profile of a job applicant is one of the best ways to learn more about that person, and find out whether he or she is a good fit for your company. Also, be aware that several chrome extensions and people search facilities make a recruiter’s job easier as they track the web-wide presence of a single person. With the help of these tools, somebody can see your Facebook, LinkedIn, Twitter and several other accounts with just a single click. Companies take an applicant’s conduct on social media seriously, displaying behaviour that is uncalled for will make or break your hiring potential. So, with a company routinely checking whatever information they can on a potential employee, it actually has more to do with protecting the companies’ image than anything else, because whether you like it or not, on the clock or off, in public or online, you are always a brand ambassador for the company that you are working, or could be working for!