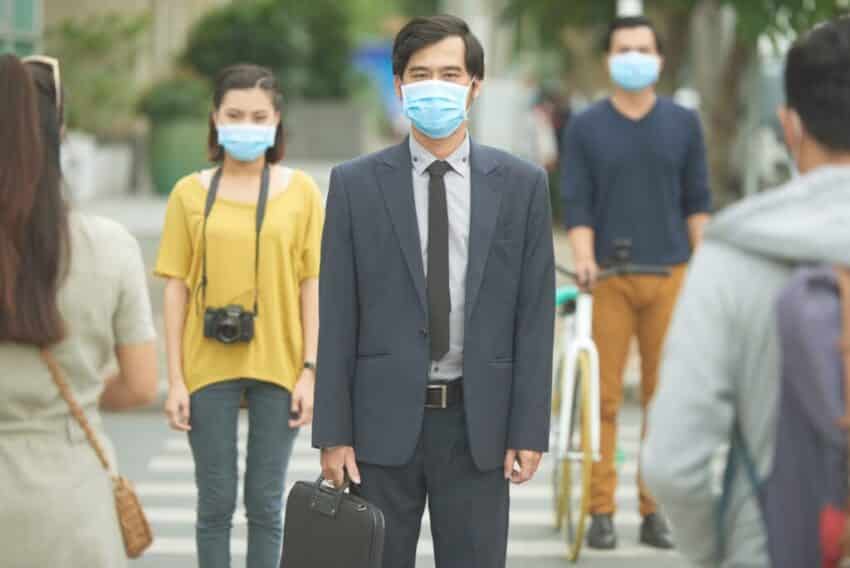 The air pollution levels have dropped as a result of the pandemic. What were the reasons, and is there a chance to maintain the dropping tendency, or is it just a temporary improvement?

When the pandemic started, the world has slowed down – and so did the industries, transport, and shipping sectors. The factories have reduced their production levels or completely stopped producing, whereas the drastically reduced mobility due to national lockdowns has led to a partial lockup of the airline, ship, and land transport industry.

On a personal level, a lot has changed as well. The rising popularity of remote work, partially enforced by security measures, has made us leave home less often than before. We have stopped using cars and public transport every day. The same measures made us also travel less, which took a toll on the airline industry – one of the biggest polluters of all. When the globalized world slowed down and the possibilities as well as freedom to move freely shrunk, we have started focusing on the local markets. As a result, the amounts of exhaust fumes and other polluting particles released into the atmosphere have been reduced.

Did the pollution levels lower during the pandemic?

According to the most recent researches, the levels of air pollution have dropped historically in the most recent months – it is actually the first drop registered since the second world war. Since then, they have been growing continuously until the beginning of the pandemic of covid-19.

The research published in Nature magazine in July 2020 that analyses the daily air quality data in China has pointed out that the levels of air pollution in the largest Chinese cities have decreased significantly. The reason lies in the strict lockdown policy. However, the significant decreases were noted across the globe, including European and American cities, and still are. They can be tracked down and monitored through the air pollution map, such as Airly.org.

Will the air quality continue to improve after the pandemic?

It is difficult to prevent the nature and pace of the changes in the context of air quality. The decrease in air pollution levels is partially an effect of the lockdown measures. However, the rise of remote work has also influenced it – and that is one of the trends that will undoubtedly continue after the pandemic is over. That, and several other examples, may give a good long-term result in the context of air quality.

Did air pollution make us more prone to respiratory diseases?

According to the WHO, air pollution kills millions of people every year. There is no study proving that the pandemic toll was worse in the cities which were continuously being affected by smog in the past. However, we know there is a whole set of implications of air pollution on human health, especially in the case of long-term exposure. One of them is the damages – some irreversible – of the respiratory system. It is hard to rule out that they make the inhabitants of the most polluted regions even more vulnerable to the covid-19 disease.