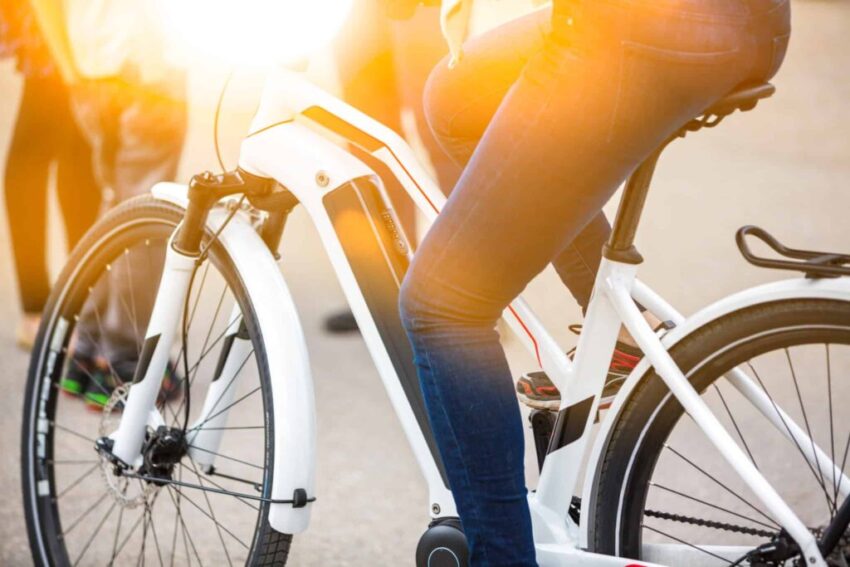 Electric bikes have been in the market for a very long time now. When they were initially released as a brilliantly innovative idea, people started realizing their worth. The amount of energy and money it overall saves and the height of convenience that the electric bikes provide are surprising.

However, there are still some of us who haven’t really understood the futuristic aspect of electric bikes and basically haven’t been impacted by them.

Well, if you’re one of those, we welcome you to read this article, which contains 5 reasons why an electric bike is a glimpse of the future and they can vitally bring the shift in your paradigm.

If you care about the planet and the environment you live in, you’d eventually realize that electric bikes out of all vehicles do not hurt the planet. In fact, they don’t have a carbon footprint at all. Electric bikes run on motors that get power from a rechargeable battery and the human’s pedalling.

Now, one can argue that usual bicycles also do not hurt the planet at all, so why choose the electric bike over them? Well, usual bicycles don’t provide you with enough speed and efficiency that electric bikes do, they are literally “electric,” meaning that they run on an electric motor, making your bike way faster than an ordinary bicycle, while it has no impact on the planet at all, unlike cars and motorcycles.

The eco-friendliest cities of the world have normalized electric bikes so much that their environment is getting physically and visibly better.

2.   It’s Definitely Better for Health and Not “Lazy”

A lot of people discourage e-bikes as the lazy version of the usual bicycle. While it is true that you probably have to make a less pedalling effort with the e-bike, you should also acknowledge the fact that e-bikes consequently let you ride for a longer duration without breaking a sweat and getting out of breath. That means e-bikes have probably more benefits than the usual bike.

Of course, in mountainous and hilly areas, you should opt for a mountain e-bike instead of a regular e-bike, so you can enjoy and ride easily. If you are interested in mountain bikes, check out Hunter e bike.

E-bikes might seem effortless, they have a lot of benefits. One study showed that sedentary adults had greater aerobic fitness after just one month of electric biking. It also promotes healthy blood sugar level and lowering body fat. Moreover, electric biking, with all its features, is much more fun than regular exercising, so people don’t get demotivated easily.

3.   Electric Bikes Are Revolutionary for Commute

First of all, electric bikes don’t need fuel, like petrol, gasoline, or diesel, unlike other vehicles. Therefore, their overall cost isn’t as much as you think, making them eco-friendly, pocket-friendly, and much better than other fuel-using vehicles. Secondly, if you travel a usual bike to work, you would be covered in sweat which would ruin your whole attire. However, electric bikes will let you walk into work quickly and without sweaty armpits.

Electric bikes are actually optimized for commute purposes. Depending on the terrain and distance, they can turn your 30-minute ride into a 15-minute one. The speed, the grip on the road, the throttle, and pedal-assisting motor are some of the many features that make e-bikes better than the usual ones and even other vehicles.

Moreover, electric bikes also come with foldability, which means you can fold your bike in half and take it with you inside the building to make sure no one messes with or steal it.

Some models of e-bikes also have child seats and basket, which means you can easily ditch your car or bike and easily run errands on your own without dropping your kid at daycare.

4.   Electric Bikes Save You Money

E-bikes seem costly when you go out to buy one, but if you swap out cars and bike rides for electric bike riding, you can easily and quickly make a giant dent in your budget. An estimate report shows that switching from a car to an electric bike for a daily commute can easily save you as much as $7,400+ in a single year.

That shouldn’t come as a surprise. We know e-bikes don’t run on fuel, we know they aren’t impacted by parking tickets, and they are the kind of vehicles least likely to get involved in a damage-compensating accident. You know the best about your budget, but considering all that factors, it is definite that e-bikes do save you a lot of money, relatively.

Electric Bikes Are Very Adventurous for a Fun Weekend

E-bikes are perfect fun providers on your weekends. They allow you to make the most of your leisure time. If you have a trip planned for the weekend, you can go for it on your e-bike and explore the outdoor environment in the most fun way possible. E-bikes, especially those with fat tyres, let you climb up any steep terrain in any weather, which is what makes them so adventurous.

Not only do they keep you safe and fresh on any pathway, but they are also faster and conservative. With foldable technology, they can be mobile enough for you to carry them around with ease or just put it in the trunk of your car if you are going for a long weekend drive. It’s a delight for people who have RV—with a recreational home, you can have a recreational bike as well. That is because the latest models of e-bikes have LED lights and charging ports in them, which can help you out in a time of need and keep you safe on your adventure.

If you aren’t still convinced, we totally get that. Just try out the best electric bike in UK for once and you will realize what you are missing out on. We hope this article helped you realize the revolutionary aspect of e-bikes, and how life-changing they actually are.