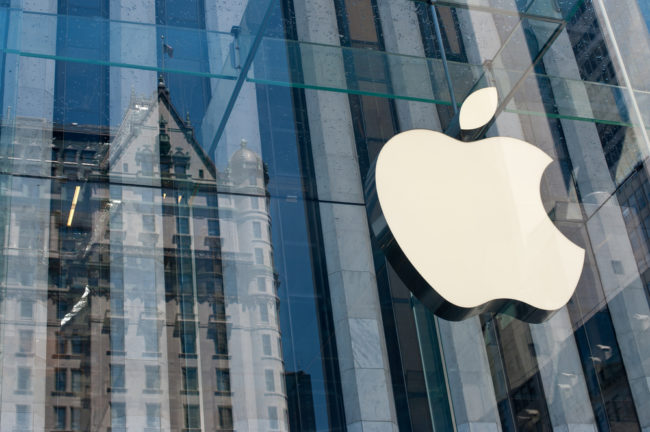 Around 60% of company CEOs believe that creativity is the most important quality a leader must have while running a business.

Speaking of creativity, Apple and Google almost always top the charts when it comes to being the most creative companies in the world.

However, they’re not the only companies doing it well. There are many other businesses around the world that have changed the course of business by implementing creativity.

Let’s have a look at some of the many businesses that are said to be the most creative around the world:

From iPhones to iPads, wireless Airpods to GPS embedded smartwatches, Apple has produced some of the most premium and quality products.

While many credit Steve Jobs for the success of Apple, we can’t deny the fact that it’s the creativity that has made it the first trillion dollar company in the world.

The company launched iPhone X with a facial recognition feature that blew everyone’s mind away. The phone was introduced with a new and more user-friendly interface that’s faster and more reliable. Also, let’s not forget the bezel to bezel screen.

This and many other innovations have led Apple to the heights it has reached today.

Google is a name that requires no introduction. The company has invested billions of dollars on technologies that have changed the course of the digital world.

We have Google Maps synced with GPS that can lead us to destinations we tend to reach, anywhere in the world.

Google’s Android system has taken over the world as it has over 2 billion active users.

Youtube is another sensational video database that belongs to Google and has over a billion active users.

All of these point towards the fact that Google is indeed one of the most creative businesses in the world and has given creativity a new face.

In fact, many experts say that Google is our future as it is also working on Artificial Intelligence and will be bringing the technology in our daily lives with a huge impact.

Amazon is a gigantic business that has more than 310 million active customers. It started off as a bookstore but with sheer creativity and hard work, it has become one of the most popular online businesses in the world.

Customers can find everything ranging from needles to cars on Amazon. It offers easy and convenient ways for customers to buy what they need. The website runs on an algorithm that provides amazing sorting options that allow users to find the product tha they are looking for.

Amazon Echo is another product that has gained immense popularity in the past few years. It’s a voice controlled device that serves as a personal assistant when it comes to playing music, retrieving information from Wikipedia, etc.

With a market value of $600 billion, there is no doubt about the fact that Microsoft is one of the leading businesses in the world.

On several occasions, the founder of Microsoft, Bill Gates, has expressed that the reason behind Microsoft’s success is the creativity the business brought in technology.

Skype, Azure, Microsoft Office, and SQL server, used by millions of people today, would not be there if there was no Microsoft.

http://Fbabee.com may not be as popular as other names on the list but it’s definitely very creative with how it does business. This Amazon FBA Forwarder and Prep Center Based In China uses the latest technology to ensure goods reach their destinations on time.

It would not be wrong to state that a lot of businesses on Amazon are a successs only due to companies like Fbabee.

When it comes to TVs, smartphones, batteries, screen tech, and chip design, Samsung is one of the most heard names in the industry. It is a company that has been producing innovative technology gadgets that have won the hearts of technology lovers.

Samsung’s Galaxy smartphone series is an evidence that the company is high on creativity and knows the demands of the users.

Samsung has amazing plans for the future as well and the CEO claims that they will be surprising the customers with brand new technology.

These five businesses are considered to be the pioneers in their respective industries due to the element of creativity they bring to the table.