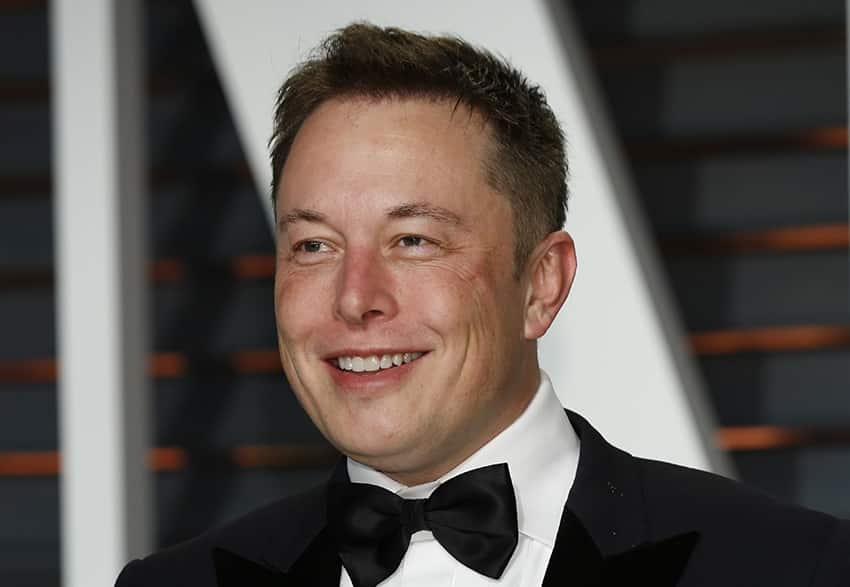 Not everyone is born with an entrepreneurial spirit. But all over the world, people arriving in new countries demonstrate the drive to start a business.

A study from The New American Economy Research Fund found that nearly half of all Fortune 500 companies were founded by immigrants or their children. Another study in the UK found that 49% of the country’s fastest growing businesses had at least one foreign-born co-founder. But why are immigrants such successful entrepreneurs?

Well, for starters they can identify niche markets in their communities. They are capable of embracing risk, as many have already taken a big risk moving countries in the first place. They are also able to connect the markets of two countries in a way that natives are often unable to.

In this article, I will share some of the stories of the world’s great immigrant entrepreneurs. Some you have undoubtedly heard of, while others you may not. Their stories provide inspiration to entrepreneurs everywhere. They show that with enough determination and the right idea, success is very much in your own hands.

Jan Koum is one of the most successful entrepreneurs in recent years. Chances are you won’t have heard of him, yet many of us use his product every single day. Koum emigrated from Soviet Ukraine to the US when he was just 16 and later founded WhatsApp, the free texting application, which he sold to Facebook for $19 billion in 2014.

Koum worked as a cleaner at a grocery store and lived off food stamps upon his arrival in the US, before becoming interested in programming at the age of 18. He taught himself by borrowing books from his local library and went on to enrol at San Jose State University.

Koum ultimately dropped out of university to work at Yahoo between 1997-2007. And with the release of the iPhone in 2009, Koum recognised an opportunity. He developed an app which would display a user’s status, such as ‘at the gym’ or ‘do not disturb’. It was unpopular in its initial form, but WhatsApp’s fortunes changed when it became a messaging app, and Koum ultimately sold it to Facebook in its current iteration. He now has an estimated worth of $10.1 billion, and his story provides a lesson in self- education and persistence.

Sukhpal Singh Ahluwalia was born in Uganda to Indian immigrant parents. He was forced to leave in 1972 after army commander Idi Amin seized power and forced people of South Asian descent from the country, when he and his family fled to England as refugees.

When he was just 19, Ahluwalia took over a failing auto business using a £5000 loan. He worked hard and turned the business around, and soon he was opening new locations and increasing the number of products on offer. The company spread all over London and eventually the whole UK.

By 2011, Euro Car Parts had grown to 89 locations and 3,500 employees. Ahluwalia sold the business to American auto parts company LKQ for £280 million.

An entrepreneur whose name precedes him, Strauss was born in Germany in 1829 and came to America in 1847 to work for his brother’s dry goods company. He started his own clothing company in 1853 and began making heavy-duty work pants he called jeans.

One of the most enduring fashion empires in the world was founded by an immigrant. And Strauss is the reason jeans are so popular to this day. The company now has a yearly revenue of $5.6 billion and Strauss’ trousers are worn in nearly every country on Earth. Immigrant entrepreneurs can have a global effect – their impact isn’t just limited to the country they emigrate to.

Every over-worked cubicle monkey has, at one time, looked scornfully at their packed lunch and wished for something greater. Well, thanks to Will Shu and his co-founder Greg Orlowski, they no longer have to. They founded Deliveroo with the goal of making food delivery as smooth as possible.

Shu was born in America and founded the company while working for Morgan Stanley in London. For the first eight months of the company’s existence, he delivered the food personally. According to Shu himself, he still delivers food every two weeks despite running the company which is valued at $2 billion. Talk about dedication!

Andrew Grove escaped Communist Hungary at age 20 and fled to the US to finish his education. He was the third employee, and eventual CEO, of Intel. He is credited with being the driving force behind their success and ultimately leading the microchip revolution of the 1970s.

Grove survived both the Nazi and Communist regimes and found immense success after he fled. By 1997 Intel controlled 85% of the world’s computer chip market. On top of this success, he was widely lauded for his management style.

He worked at a simple cubicle rather than in a flashy office. He also encouraged all employees to propose ideas, no matter their rank within the company. If it wasn’t for Grove, we may not have the processing firepower that we’re used to in our phones or laptops today.

Elon Musk has become something of a renaissance man in recent years. He made the bulk of his wealth founding X.com, which merged with Confinity in 1999 and later became PayPal.  Musk was born in South Africa in 1971 and left when he was 17 to study in Canada. He taught himself to code at a young age and has spoken publicly about his experiences being bullied in school, as well as his difficult family life.

He didn’t let adversity stop him, however. He went on to found electric car company Tesla and commercial space exploration company SpaceX, as well as many other ventures in different industries. He even has plans to improve LA traffic by boring tunnels underneath the city. Musk is living proof that being a jack of all trades is an invaluable characteristic for an entrepreneur.

Pierre Omidyar was born in Paris in 1967 and moved to the US as a child. He founded online auction company eBay in 1995 when he was 28, after a series of other computing roles. The company revolutionised how we buy things online and is still one of the most successful e-commerce platforms.

eBay bought PayPal in 2002 and today Omidyar is worth an estimated $16 billion, thanks to his shares in both companies. Through his philanthropic network, he has gifted $1.4 billion into non-profit organisations and other investments to tackle global problems. He made his big break relatively late, but is still reaping the rewards 25 years later.

Another entrepreneur who you may not have heard of, but who has undoubtedly changed your life, is Sergey Brin – one of the founders of Google. Brin and his family emigrated from Russia and settled in the US in 1979.

He studied Computer Science at the University of Maryland, before going on to study for his PhD at Stanford, where he met fellow founder Larry Page. While at Stanford, the pair began to develop a what they believed to be a superior search engine out of their dorm room, utilizing spare parts from various inexpensive computers to do so.

It goes without saying that their vision was successful, as Google revolutionised the way we receive information. The website processes over 3.5 billion search queries a day and now the company is worth just shy of a trillion dollars.

Alexander Graham-Bell was a Scottish-born inventor whose claim to fame is the invention of the telephone. Not only that, but he also co-founded the American Telephone and Telegraph Company (AT&T). He left Scotland in 1870 and settled in America the following year.

Bell famously thought the telephone was an intrusion on his real work, which was concerned with the study of hearing and speech. He even refused to have a telephone in his study! It’s doubtful Bell could have predicted that not only would there be a phone in every house – but one in every pocket.

AT&T is still operating to this day. It has an annual turnover of $181 billion and employs around 250,000 people.

Palihapitiya was born in Sri Lanka and, when he was only six, he and his family moved to Canada as refugees. His father was unemployed throughout his childhood and the family lived above a laundromat, relying on benefits to get by. During his childhood living on welfare, Palihapitiya recalls sleeping on a mattress in the living room.

He was obsessed with success and loved pouring over the pages of the Forbes billionaires list. He later got a degree in electrical engineering and became an instrumental figure in the tech industry, becoming AOL’s youngest ever Vice President and later a vital part of the early growth of Facebook. He now runs the venture capital firm Social Capital which has over $1.2 billion assets under management.

The entrepreneurs in this list left their lives in their old countries behind. Whether they were forced to, or if it was by choice, they all have one thing in common. They can recognise a good opportunity when it presents itself. Being able to spot a chance in another country or an opportunity to create the next big business are two sides of the same coin.

Great ideas are realised only through determination and hard work – qualities that immigrant entrepreneurs have in spades. The people in this article found success, often in the face of immense struggle. They prove that the right attitude is key to realising your ambitions in business.