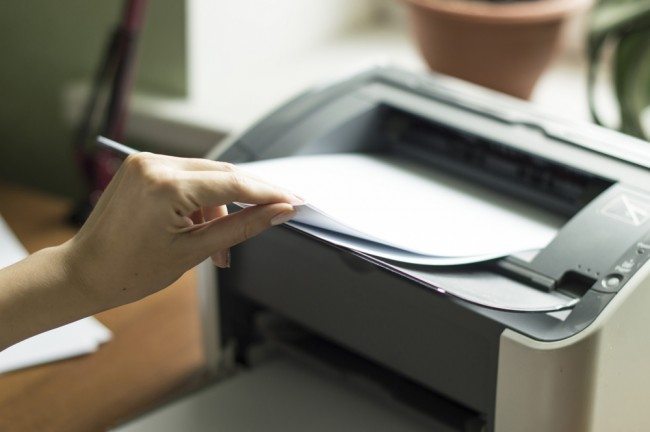 Thousands of Brits are risking the wrath of their employer by frantically printing out their CVs while in work at their current job.

Research reveals half of office workers print off their CV right under the noses of their boss using the office printer while job hunting.

And more than three quarter print personal items off throughout the day in the office.

But it doesn’t go unnoticed – with nearly a third of managing directors issuing verbal warnings or sacking employees for printer misuse.

However, a quarter of office staff claimed they had been rewarded with a pay rise when their employer caught them printing off their CV.

But it’s not just once or twice – with more than one in four employees revealing they frequently use the office printer when looking for a new job.

The survey also revealed half of office workers around the UK use their employer’s printer ink because they don’t own a printer – but almost one in five said they do so to get back at their boss.

After CVs, the most common item for printer misuse was for travel tickets – with 45 per cent admitting they use an office printer for holiday admin.

Common items printed off in office time – and at a cost to their employers – are gig tickets interview documents and photographs.

In a survey of 2,500 office workers, data reveals a quarter of those printing out their work records do so during a lunch break – while a sneaky one in ten  of us leave printer misuse until the boss is in a meeting.

And it could be a daily occurence – with 38 per cent of office workers admitting they print personal items off up to five times a week.

On average people print off 11 pages of personal information – and at 5p per page the cost per employee per year is £85.

Multiplied by an average of 50 employees for a medium-sized business could cost upwards of £4,250.

After it emerged two thirds of Brits cite looking for a new job as a New Year’s resolution for 2020, workers intent to use their current employers printer to help getting their next role.

Ian Cowley, MD of Cartridge Save, who commissioned the research, said: “It has been an unwritten rule in lots of businesses for a number of years now that employees use the printer. Most bosses do tend to turn a blind eye – but it is worth adding up that cost to the business.

“And making your staff aware of the repercussions of printer misuse. It could just be the embarrassment of being caught – but it could also lead to a disciplinary.”