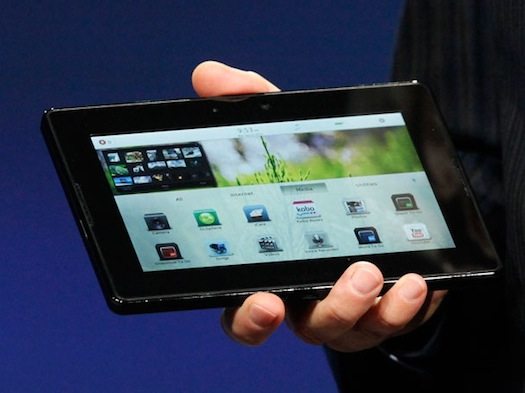 The BlackBerry maker said that the new tablets will be launched in Canada next week and rolled out in coming months in the United States, Europe, South Africa, Latin America and the Caribbean.

The PlayBook tablet, launched more than a year ago, is strategically important for RIM as it is the first product to use the QNX operating system RIM will move onto a new generation of BlackBerry phones designed to compete with sexier devices already on the market.

But the PlayBook was widely criticized at launch for lacking basic features such as email, and it has failed to wow consumers despite sharply discounted pricing and a major software upgrade.