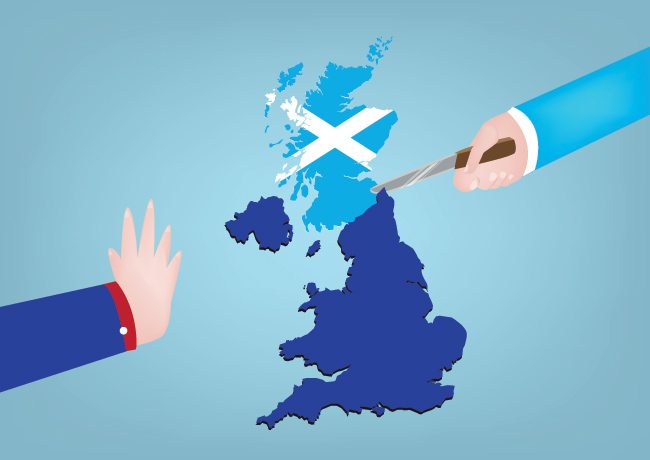 Firstly, I am very pleased that Scotland voted to remain part of the United Kingdom. It is a relationship that has been beneficial to both parties for generations.

However, the vote has not drawn a line in the sand and it’s definitely not business as usual. Almost as soon as the last vote was counted and definitely by the time Alex Salmond graciously stepped down, the politicking began over the levels of power that will be devolved to Scotland and, possibly, other parts of the Union.

Uncertainty ain’t good for any part of the economy. There will have been a collective sigh of relief from the business world when the result was announced and the major concerns that there would be chaos and financial instability on both sides of the border were abated. Or so they thought.

The weekend’s media and the first afternoon of the Labour conference have been dominated by the amount and type of power that will be given to Scotland and, on the flip side, taken away from them when it comes to voting on matters only concerning England.

The danger is, as this discussion has fallen squarely into party conference season, it will be open season for a dangerous level of debate that will only serve to spook the markets and businesses.

The Prime Minister has set a tight timetable for formalising additional tax and spending powers for Scotland with proposals due by November and draft legislation scheduled for January. The same has to be the case for the plan to offer elements of devolution to other regions otherwise we could fall into a long period of uncertainty. A lack of clarity about issues such as how tax will vary in different areas could put off international investors and foreign companies from doing business with the UK.

And for companies already in the UK, there is legislation that directly affects us, such as employment law, which could also be subject to intense debate and devolution. The last thing businesses need after battling red tape for the last few years is to find a variety of different contracts are required for different areas.

If devolution goes too far it might leave many asking if voting no will make much difference at all. It has kick-started a programme of change that should be evolution, but still has the danger of drifting into the kind of political revolution that would have begun in Scotland had voted yes.

So now the future is out of the hands of the people and back into the realm of the politicians they need to do exactly what they told the voters and not think about political allegiances, but what is best for a united kingdom.