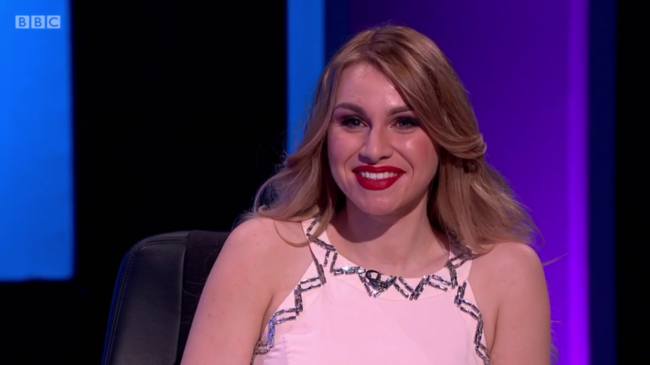 She’s been described as the Underdog by many, initially unable to hold a conversation in the boardroom, let alone hold her own. Yet, criticism aside, The Apprentice is over for another year, and here’s 5 reasons why Alana deserved to take the winners crown:

At aged just 24 Alana boasts an excellent business acumen, established during her seven plus years of running her own firm. Her natural flare for leadership and authority came from an early age, demonstrated by the fact at just 14 she started her own card making business and sacked her best friend, Chloe, for not creating products in line with her expectations. Ruthless, right?

Alana’s natural leadership has come to light in the latter part of this Apprentice series, particularly in episode 10 where she successfully led the team’s ‘Giin’ pitch.

Alana has moved through the entire Apprentice-process with both integrity and honesty. She has never once pretended to be nice to another Candidate’s face and then later in the Boardroom, thrown them under the bus. In fact, she has always voiced her concerns and stuck true to her word no matter how uncomfortable the conversation. As Business Owners’ we face circumstances like this day in and day out, and, as a result, I am in no doubt her natural honesty and integrity will go a long way in helping her succeed.

Eat your own dog food

One piece of advice that I always give to business start-ups is that they must eat their own dog food to demonstrate their capabilities. For example, you would never trust an overweight Personal Trainer to deliver a diet and fitness plan that works, just like you would never sign a contract with a Marketing agency that fails to market themselves.

This is true of Alana – despite the fact there may have been little interest from the likes of Claude at the interviews, Alana took the time to demonstrate that she can create indulging, gratifying and delicious cakes – proving this to Linda Plant who took the plunge and tasted one.

Aside from proving her produce was worth investing in, Alana also highlighted during the interview process that she more than knows her industry, her business sector and her customers…. So, watch out – Alana is coming!

Despite a few initial stumbles at the start, it has been clear that Alana boasts excellent people management skills.

In episodes 9 and 10 she has demonstrated that she can more than hold her own in a business pitch, and in episodes where she has been PM or Sub-Team Leader she proved that she is not only just a great leader but one that listens to her team members –  engaging well with other candidates and their ideas, and later expressing any form of disagreement with respect.

As Business Owners and Entrepreneurs, we do not claim to know everything. In fact, part of the process of owning and growing a business is learning and developing from successful examples around us – namely Lord Sugar.

Alana is a living example of this – she has never proclaimed to be the best, to be the leader of all leaders and know everything about business. In fact, she knows full well that the real prize in winning The Apprentice is not so much the £250,000 investment, but more so the guidance and advice that you gain from Lord Sugar.

Alana is hungry to learn and at such a young age I am no doubt that over the next years, with Lord Sugar at her side, she will go on to achieve amazing things – so well done and well deserved Alana, welcome to the Winners circle!

Digital marketing specialist and influential Entrepreneur, Mark Wright, is the founder and creator of one of the UK’s fastest growing digital marketing agencies, Climb Online. Developed in partnership with Lord Sugar – following Mark’s win of The Apprentice 2014. In boasting a unique approach to online marketing for business development, Mark and his team have been entrusted with driving the digital strategy for some of the UK’s most widely known and recognised brands including Groupon, Be Wiser Insurance and Company Check.
View all posts

Digital marketing specialist and influential Entrepreneur, Mark Wright, is the founder and creator of one of the UK’s fastest growing digital marketing agencies, Climb Online. Developed in partnership with Lord Sugar – following Mark’s win of The Apprentice 2014. In boasting a unique approach to online marketing for business development, Mark and his team have been entrusted with driving the digital strategy for some of the UK’s most widely known and recognised brands including Groupon, Be Wiser Insurance and Company Check.