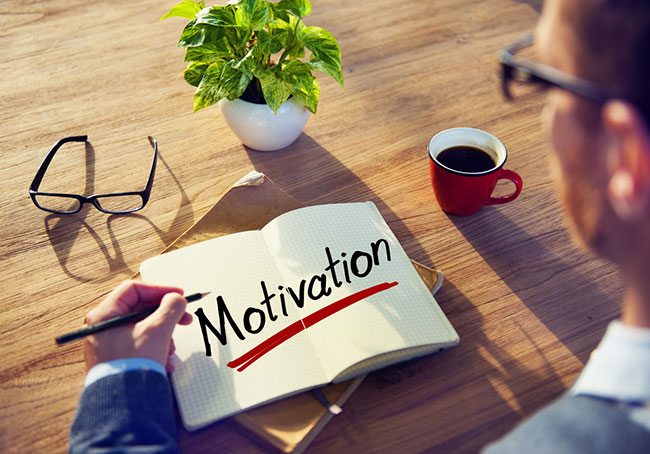 The harsh reality is that it’s Monday and you’ve got the rest of the week to plough through. However, this may not be a negative; it could be the chance to gain enough motivation to optimise your achievements. Even though Friday may seem a lengthy distance away, the following quotes are bound to give you the boost of motivation that you’re seeking. 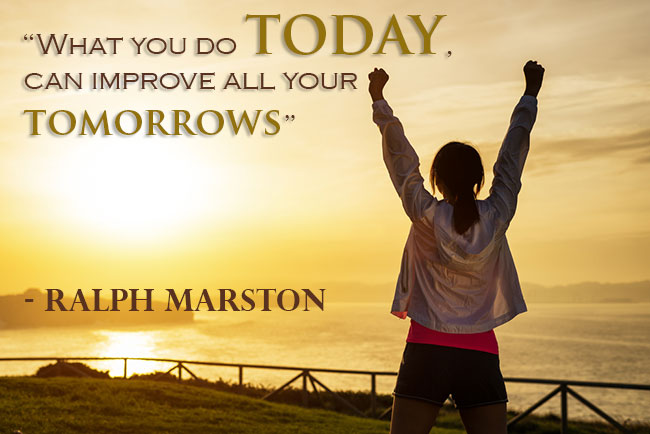 Rather than thinking too much about the future, it’s sometimes best to focus more on the present.

This powerful quote from Ralph Marston suggests that the actions you make today will be beneficial to the days that follow. We are so quick to leave something to do for ‘tomorrow’ but what’s the reason to not do it today? So don’t be quick to leave that pile of work to do tomorrow, do it today and save your tomorrows. 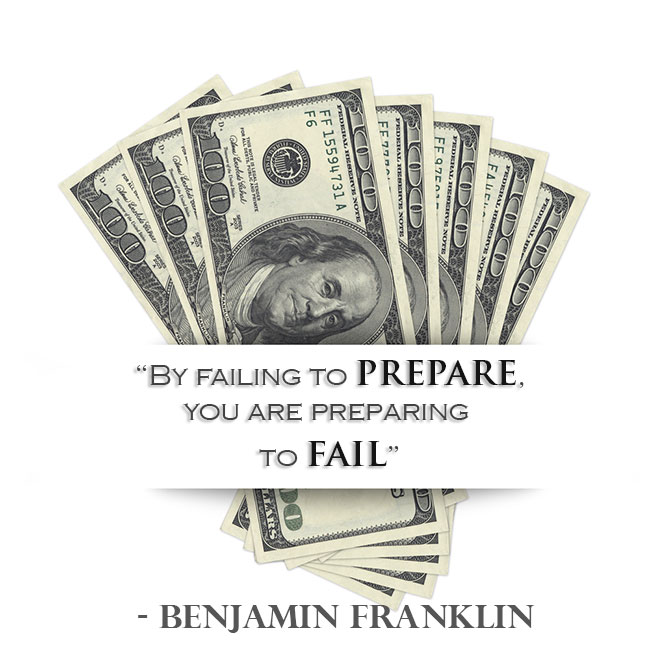 If you’re not prepared, then you are more likely to fail. This quote can be applied to almost anything whether that be running a race or starting a new business, being prepared is key and is going to get you far. 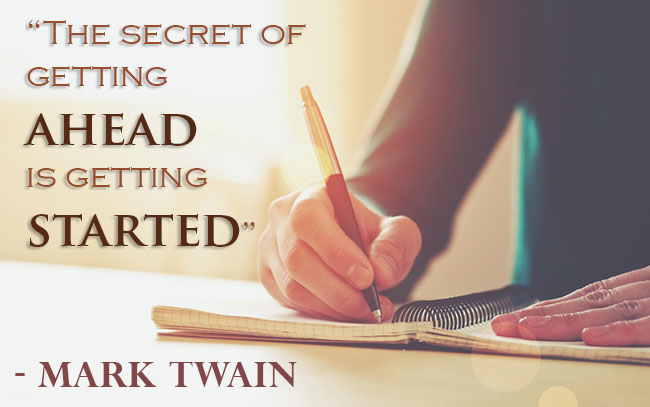 Many, many people have great ideas but don’t do anything with them.

This quote by Mark Twain encourages you to get started in order for you to get ahead. If this is starting a new business, you could have an amazing idea ready to blossom, but why are you just sitting there thinking about it? Why not act on it by getting started, getting ahead and achieving success? 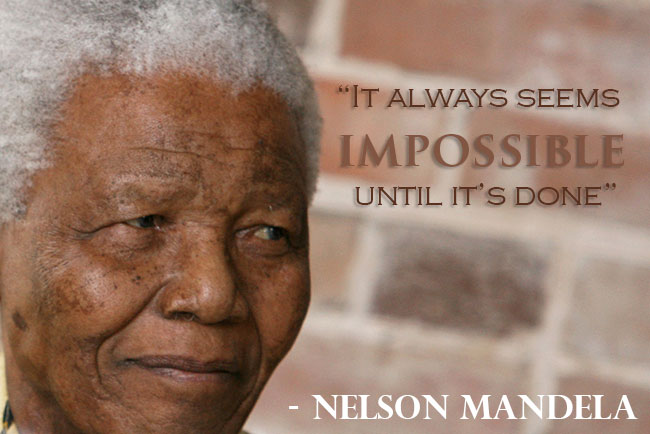 A worldwide inspiration, Nelson Mandela proved the impossible as he gained justice from his human rights campaigns.

His quote expresses how even though at one point during his protests he may have doubted himself, as achieving what he wanted was not seen as possible, he still persevered and was the one person to make many things happen. You can be the one to make something initially impossible, possible. 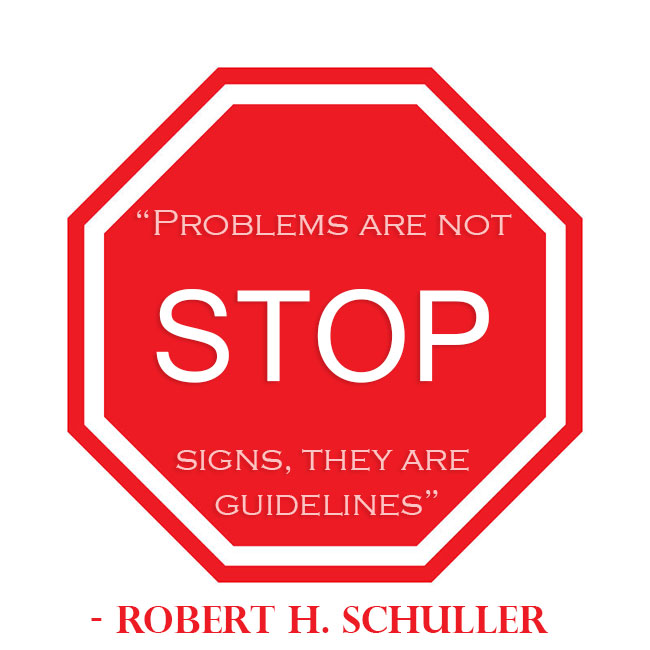 Whatever you’ve got lined up, you are bound face unexpected problems.

Robert H. Schuller states how these ‘problems are not stop signs’ but they are ‘guidelines’ that will help you to improve and go on to achieve success. A lot of people take any form of failure as a sign to give up and stop the idea they were pursuing, however the complete opposite attitude is encouraged. Problems help you improve, learn and gain experience. It’s inevitable that problems are going to arise, you’ve just got to face them with the appropriate attitude. 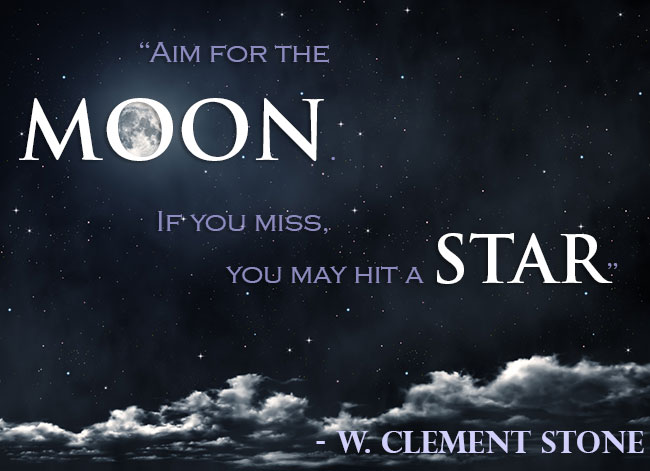 If you aim for something ambitious you are still likely to achieve or gain something along the way. The ‘moon’ acts as your main goal and the ‘star’ is an unexpected opportunity that may hit you during your journey. This quote is great for encouragement as it shows how even if you put hard work in to reach a desired goal, the work will not be wasted if you don’t quite reach it as something else is likely to spring up. 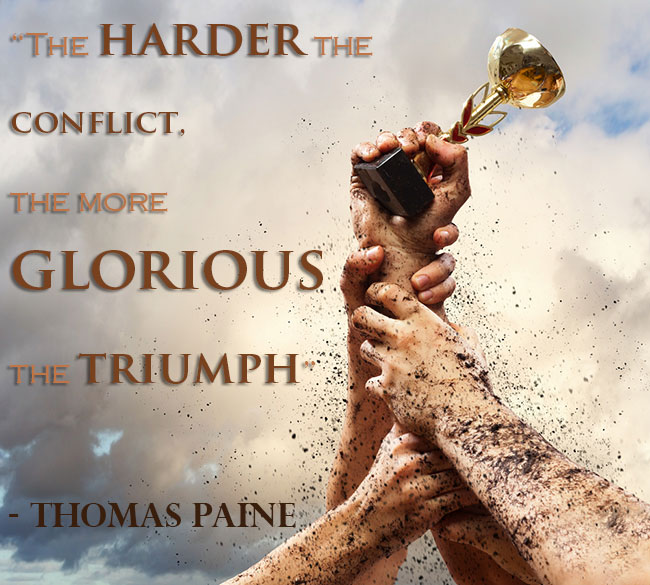 In regards to pretty much anything, conflict is going to head your way, whether you like it or not.

To motivate you through the conflict, this quote by Thomas Paine urges you to remember that the conflict you face now, even if it’s getting tough, will eventually lead to a ‘more glorious triumph’. By persevering with the problems you face, you will thank yourself when you are at a point of victory. 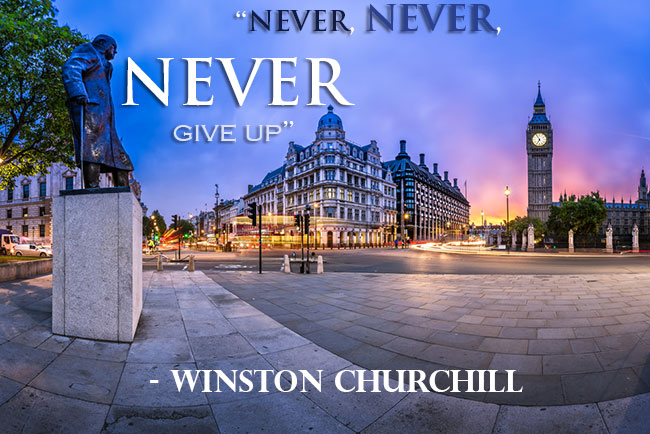 A very famous quote by Winston Churchill stresses the importance of not giving up.

Although there may be points where you feel you have to, never give up because it’s better to try and persevere rather than giving up and admitting to defeat when the outcome could have resulted in success. This simple, but effective quote should be one to bear in mind whenever life becomes slightly tougher than usual – keep going and you won’t regret it. 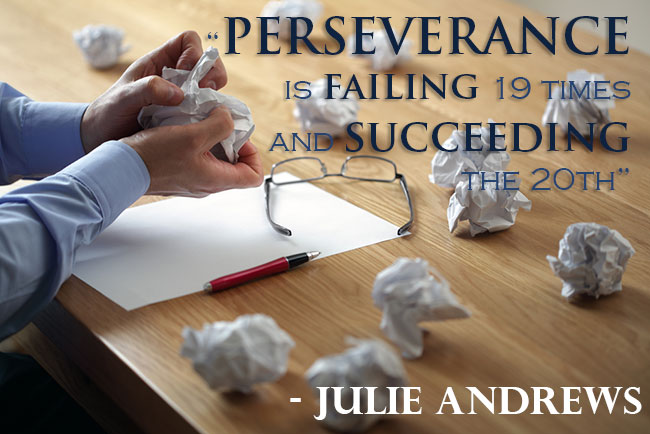 Perseverance can be difficult to uphold sometimes, but you’ve got to do it.

Julie Andrews states how it is defined by failing so many times, yet still being determined enough to believe you will succeed. Failure is so easilyy used as an excuse to give up, but by persevering, it is proved that success can be reached. 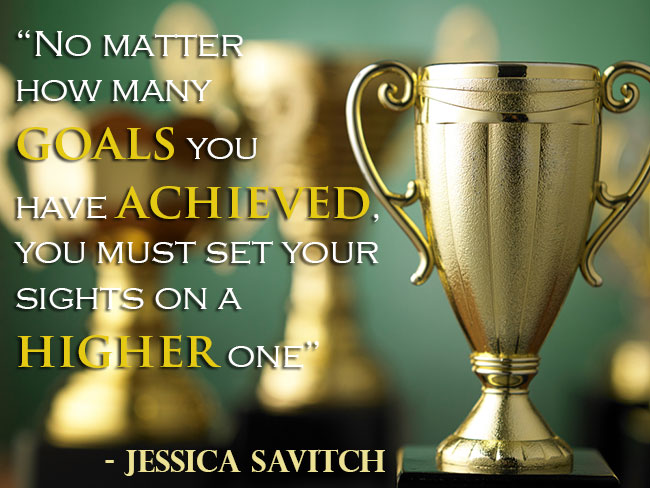 It’s so easy to be satisfied from success.

Reaching a goal that you’ve set is amazing, but if you’re stopping at that, what is the point? It’s always great to have something to strive to and so once reaching a goal, you’ve got to set yourself a higher one in order for you to stay motivated. Don’t let the satisfaction of success prevent you from achieving greater things.