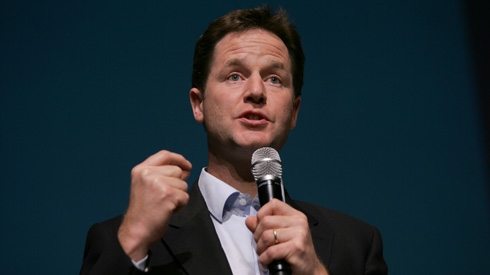 “Trying to get cheap brownie points by coming out with such piffle is pointless, because at the end of the day Clegg is going to come across as less about ‘changing the world’ and more about being ‘totally out of touch’,” said Mr Davies, whose company aspect.co.uk have announced huge expansion plans for 2012.
Nick Clegg said at the weekend that government ministers were prepared to push through legislation that would curb ‘excessive and irresponsible’ executive salaries.
Speaking on the Andrew Marr Show the deputy prime minister said: “What I abhor is people getting paid bucket loads of cash, in difficult times, for failure.”
“And I think we need to make sure that people in the public sector don’t feel that they are doing all the heavy lifting . . . that people who are in a sense living by a completely different rule in the private sector are also held to account.”
Mr Clegg urged that shareholders should take more responsibility for accessing the pay of top executives.
“Politicians should have a say about how the Public sector spends the money tax payers give it, but creating Orwellian laws dictating how much a private company can pay it’s execs is a sure fire way to ensure Britain gets zero foreign investment,” said Mr Davies.
“More and more of the shareholder in the top FTSE 100 blue chip companies are institutional and foreign investors and they are only interested in performance and not making moral judgments.”