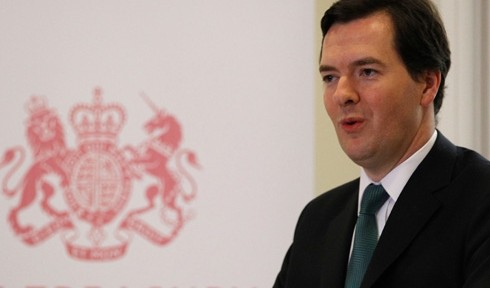 There is a risk that worrying dispatches from the Eurozone will overshadow the continuing struggles small businesses face in accessing affordable finance.
After all, if a sovereign nation like Italy is having difficulty with liquidity, who cares enough to fund a carpet cleaning company from Scunthorpe? Not every high street bank, it would appear.
The latest Bank of England figures show that lending to small and medium-sized enterprises (SMEs) fell to £18.8bn from £20.5bn between April and June.
To meet their Project Merlin commitments – lending £56.1bn to small businesses this year – banks need to lend £19.9bn by December.
They might yet meet their targets, but there is widespread alienation amid continued reports of restrictive risk criteria and steep interest rates. Subsequently, overall lending demand is down.
Yet the need for growth finance is ever present. Entrepreneurs are slowly waking up to alternative funders and new small business finance markets are emerging.
As a result, some mainstream banks are trying to step up to the plate. Last month, the Shawbrook Bank was launched with the aim of lending £250 million per year to small businesses.
The bank is a subsidiary of RBS equity finance and claims that it will lend at competitive rates and provide an answer on loan applications in 24 hours.
However, the bank provides asset-based finance and small businesses require billions in growth funding.
While the new bank is welcome, entrepreneurs clearly want better access to strong traditional relationship banking and alternative funders as part of a wider choice of finance options.
A quarter of small business owners surveyed by the Forum of Private Business recently called for more choice between ‘traditional’ banking services, with overdrafts preferred by the majority, but almost as many, 21 per cent, want better access to alternative forms of finance.
The problem is that these non-mainstream funders often struggle to gain a toe hold in finance markets dominated by the big banks.
The Office of Fair Trading’s (OFT’s) 2010 review of ‘barriers to entry, expansion and exit in retail banking’ found that new finance providers face difficulties in attracting customers and expanding their market share.
Last year, the OFT found that barriers included the loyalty of small business customers to their banks and their reluctance to switch providers, compared to personal customers. However, the situation is changing as entrepreneurs begin to explore all of their options.
Despite this increasing interest there remains scepticism about the practical use of some alternative forms of funding.
For example, despite it often being recommended by many financial advisers, just 16 per cent of Forum members surveyed indicated a preference for factoring or invoice discounting, and 36 per cent said would not even consider it.
In addition, small businesses remain extremely reluctant to hand over equity in exchange for growth funding.  Almost half of respondents said they would not consider equity finance – and none indicated it as a preferred option.
Earlier this year, the Government announced changes to its Enterprise Investment Scheme (EIS), which will increase to 30 per cent the tax relief available for venture capitalists who take equity stakes in businesses.
While it would be unwise to reject any source of finance, including equity investment, the Forum is highlighting the need for a similar scheme to encourage private lenders to enter the fray.
The Forum believes the investors with the money to help small firms grow, create jobs and drive economic recovery need tax incentives to stimulate competition within finance markets.
Income tax relief on loans, reducing the tax on interest received for the duration of a loan and additional relief on lending if a business fails would help achieve this.
In turn, paving the way for private lenders to compete with mainstream banks would help to drive up overall levels of service and bring down costs, and address the scepticism among business owners hanging over the lending markets like a black cloud.