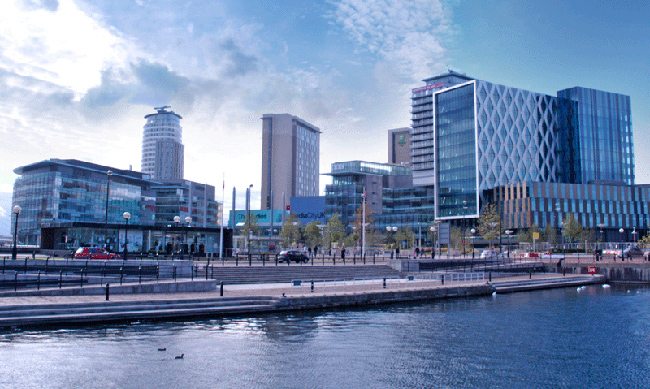 Last week’s reported 0.6 per cent increase in gross domestic product has improved hopes for the UK’s employment market but there are fears that new jobs are being created disproportionately in the south east.

“The biggest increase in new jobs have been developed in the manufacturing sector and they do seem to be concentrated in the south east which makes it more important than ever high-tech industries continue to gravitate to the north west,” said Scott Fletcher – whose ANS Group is ranked the 14th fastest-growing company in the UK.

The BBC has moved a major part of their operations from London to ‘New Broadcasting House’ within the MediaCityUK complex at Salford Quays where they will shortly be joined by ITV’s Granada Division.

Manchester is already home to many globally trading companies such as PZ Cussons, The Co-operative Group, Umbro and the Peel Group (key developers of MediaCityUK). Multi-nationals like Kelloggs, Adidas and Siemens also have UK headquarters in the city.

“Such a density of global companies fosters a burgeoning digital sector and the North West boasts the second-largest ‘digital cluster’ in Europe and is probably the fastest growing industry sector in the UK,” added Fletcher.

“It is the commitment to excellence that has attracted an already-huge amount of investments into the exciting new projects going on in Manchester,” he said.