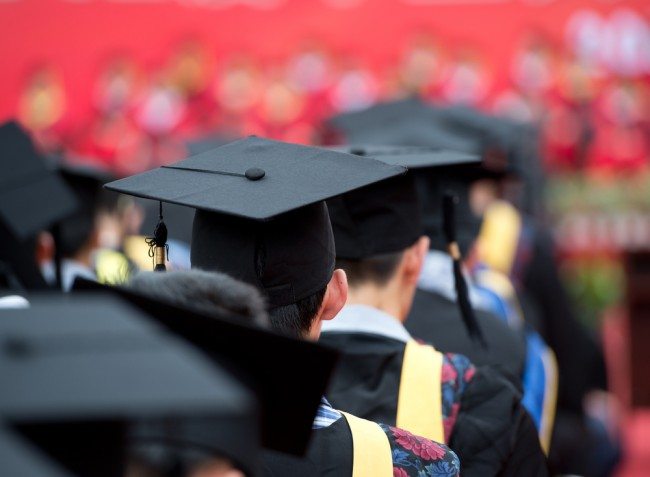 It seems all University’s do these days is cause problems – first the student tuition fees row and the debate to who should and who shouldn’t go to University, but now there are claims that too many people go to Uni. The disappointing fact is that the academic side to University plays second fiddle to the sociopolitical factors. With suggestions that Universities are overcrowded, should more secondary school students choose a path that leads straight to their prospective careers over a path through higher education?

When debating which is best, University or going straight into a career, it is important to hear both sides of the story. Thankfully, I have experienced both. After finishing my first year at University, I was offered a work placement from Business Matters Magazine for a week, and was kept on after the placement to work for them alongside my University studies.

My route to University was the same as the majority of students who end up at University. I woke up to the conformation of my place at the University of Northampton on A-Level results day last year, and started my preparation for my degree. With a reading list and an extensive shopping list for Uni necessities, I was on my way to study Multimedia Journalism.

This way of doing things has become the norm for most secondary school students, as it announced last week that a record number of students were choosing University as their next step.

It is understandable why so many students are choosing University. According to the latest University figures, 89.9 per cent of graduates either go on to employment or further study. So what is it that Universities are doing so well to make students choose Halls and Residence over a 9-5 day job?

The most obvious answer is that Universities pave the way for students to walk into a higher-end job. For jobs offering an annual salary of roughly £50,000+, it is almost certain that you will need to have a degree. If you leave secondary school and try to work your way up to that level, the process can be much harder and take much longer.

University can be seen as the ‘fast-track’ option, to an extent. Universities teach you everything you need to know about a specific topic in 3 or 4 years. If you’re a solicitor or a doctor, you can’t just ‘pick it up as you go along’. That’s why Universities exist. They teach you the theory behind everything, so you can get to where you want to be, quicker.

However, using the analogy of a solicitor or a doctor, even with a degree, when you get your job, you will still have a probationary period. You won’t be handed a scalpel as soon as you take off your mortarboard.

This is where you see the benefits of going straight into your profession of choice.

There are things that you will learn going straight into a career that you want learn at University. Tricks of the trade, if you will. To a certain extent, experience and knowhow is as valuable, if not more valuable, than any degree. You learn how the real world works, and not from sitting behind a desk taking notes.

Although there may be a few more positives to Universities than going straight into a profession, there are also a few downsides to University as well.

Last night, the ITV show ‘Class Swap’ looked at the classroom sizes in schools, and found that the average number of students in a state school was around about 30 students, whereas in private schools, there was an average number of 20 students per class. This raised the question as to whether or not smaller class sizes correlate to better grades. In University, you have lecture halls which fill a couple of hundred of students, limiting one-to-one interaction between lecturer and student. If the same rule for secondary schools applies to Universities, then every student would come out with a third class degree. The point in making is this: University students have to learn independently, and they get out what they put in. Relating this back to the question of whether Universities are better than careers or not, it depends solely on the student. Whether they go to University or straight into their career, if they have the right attitude, the right determination and a good level of commitment then they will succeed. The argument of which is better, a University or an apprenticeship is redundant. Universities do not automatically guarantee a degree or a well-paid job.

It is clear to see that there are countless positives for each path. Universities will teach you everything at a cost, whereas starting your career early will give you invaluable experience in the industry you work in. Having experienced both ends of the sword, I am here to tell you that the answer is neither one nor the other.

I’m a strong believer that University should not be a fail safe option for students trying to stay out of the real world for as long as possible. We will never know the true figure, but I would put a large amount of money on the fact that most University students chose University because they don’t know what they want to do. A lack of clarity shouldn’t be the reason for University. 40 years ago, 5 per cent of teenagers went to University. The figure today is roughly around 40 per cent. So this begs the question: Are students choosing university because they don’t know what else to do? Or do they have a clear idea of where they want to go and who they want to be?

Whatever students choose to do, it should be what they want to do, and not what they think they are expected to do. There is no right or wrong answer to this debate. Whether you choose a graduation gown or a pair of overalls, with the right mindset, there are no restrictions as to who can be successful, and who cannot.