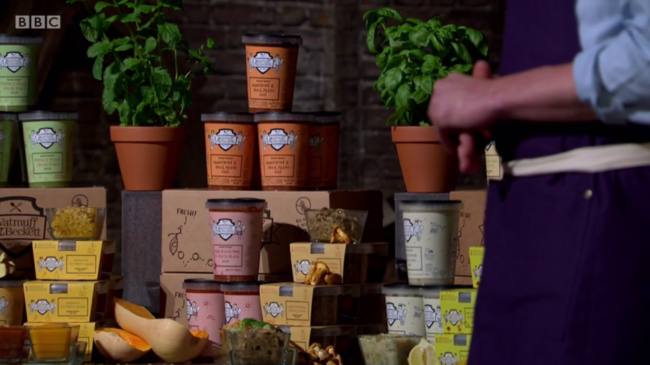 A rather pessimistic tone in the den tonight as we saw many a chance for a Dragon to invest, but chose not to take it.

First in was Craig who claimed to be “not lead by making money” – which as a viewer, didn’t exactly reflect any optimism in receiving an investment from the Dragons. He wanted to receive £90,000 for a 10 per cent share in his business, ‘Patlock’.

The product Craig was presenting fundamentally fixes onto the handles of French double doors and prevents intruders from opening them from the outside. However, how easy is it to break the window and remove the device to then open the door? – pretty easy, according to Peter Jones and Craig agreed.

After discussing the figures of the business, it was clear to see that the nature of profitability was looking quite promising. Working out that every £1 the business spends, it gets £2.50 back, Sarah exclaimed “that’s a business model!”

Despite the product’s availability from Argos and Amazon, it didn’t outweigh the fact that Craig exuded about as much energy as the brick wall at the back of the room.

Due to this lack of energy, passion and for the mere fact that the product would not be an optimistic investment opportunity for the Dragons, Craig was wished all round “good luck”s and left empty handed.

A rather heart-warming pitch followed, as Angela graced the den with a performance from a number of children who joined her in her pitch. As the children sang in a number of languages, the Dragons seemed to enjoy their presence, but I still had no clue what to expect! A language school? A singing school? An international stage school?

Angela’s business was seeking £50,000 investment for a 10 per cent equity stake in the 30 franchises it operates. Teaching children languages from “birth to aged 11”, with opportunities in schools, the business seemed like a hopeful prospect for its budding entrepreneur.

Yet again, Peter’s analytic and rather forensic tackle at the business’ figures, calculated that for the 10,000 children the business helps to learn a language, in a week, Angela’s company earns £1 per child – which isn’t the greatest value.

When Angela shares her ambitious prospects for the business to expand to Dubai, the Dragons can’t quite project confidence in her ideas, despite her passionate and emotional attachment to her business and what it has to give.

Not knowing what the Dragons could offer for the business, meant that they all declared themselves ‘out’.

A more technology-based product was presented to the Dragons next, as Juma and Anwar shared their application with the Dragons which supposedly helps anyone with hearing loss by alerting the presence of different sounds to them in different ways.

The pair were seeking a £50,000 investment in exchange for a 20 per cent equity stake in the business.

I actually thought the idea was brilliant. Being able to alert an individual affected by hearing loss through vibration, flashing, etc by basically using other senses seemed to be a promising and maybe even a revolutionary idea.

But, with the great idea came a not so great aspect.

This UK business in fact is basically a distributor. The main business is based in Denmark, but the Dragons were getting no stake in that.

With Peter claiming that his ten-year-old would “probably decline” the pair’s offer, he, along with all the other Dragons rejected to invest.

At this point, I was tempted to turn over…

With just over ten minutes left and still no Dragons yet to invest in a pitch, surely this last one had to display some glimmer of hope?

In an attempt to alter the trend in which the previous pitches tonight’s episode had formed, Andrew faced the Dragons with his fresh soup business. ‘Watmuff & Beckett’ soup company was looking for a £45,000 investment for a 10 per cent stake in the business.

I loved the fact that Andrew had used his second name, along with his friend and chef of the business’ second name to form the brand and create this rather traditional name. With Andrew’s generational background in British farming and the business’ chef in food, I thought this was quite a heart warming concept and a great relevance for what the brand is about.

Despite my fond views on the name, Peter obviously wouldn’t agree with myself. He found the name too much of a mouthful, but what about other food brands, even distinctively in the soup industry? People still buy ‘Covent Garden Soup Company’ products, and the name isn’t exactly a word or two.

Being gluten and wheat free with no preservatives or additives, the product became more glorious to myself than it would to Oliver Twist.

A dig made on the packaging and brand, consequently lead to no Dragons left standing, apart from Nick Jenkins.

I was very surprised Nick was the only Dragon to make an offer to Andrew, but delighted that he did. All the money for a buyback deal starting at 20 per cent – deal!