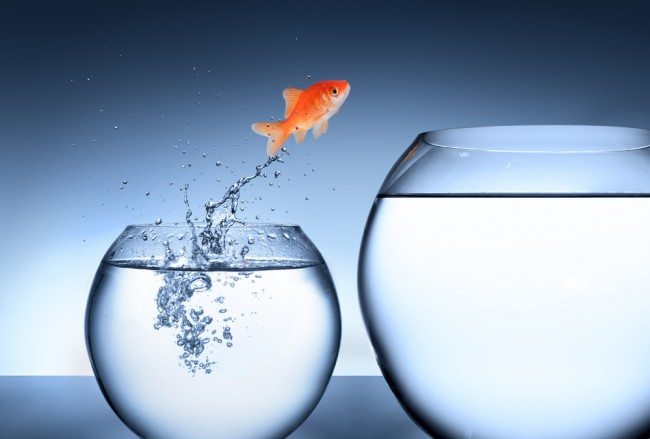 Take the manufacturing industry where 40 per cent of the population was employed in 1950 but by 2012, this figure had fallen to 8 per cent.

From jobs for life, we have moved to a fast evolving employment landscape where not only jobs and roles are changing, but entire industries.

In March 2015, management consultants, PwC estimated that the top 10 occupational categories of jobs between 1990 and 2010 were in digital, with the majority of that workforce employed in roles whose titles only came into existence after 1990. For those in businesses and those looking for employment, these changes in roles can make them feel that their skill base and their experience is redundant – part of a commercial world that has passed.

However, Brightwave’s CEO, Caroline Walmsley, who works with clients including British Airways, 3M, Diageo, Coca Cola, BT, Sky and KPMG, brings an insight to business managers of how to identify transferable skills and retain key talent and experience, but in new roles within a company.

There are predominantly two kinds of workplace attributes and skills – personality based ones like leadership, teamwork and communication, and those often learnt on the job, like technical skills and problem solving. For some the personality based skills come naturally and their learning and development concentrates on building their company, job role and technical knowledge. For others they are skilled within their role but might never have managed people, had to communicate with a team or led on a project before. Normally, companies will spend vast amounts of time, energy and money investing in their people, ensuring that they are developing them in a way that generates the best from them and that their people are bringing the most value they can to their company.

So, what happens when jobs become redundant or operations within the company change in such a way that the roles that you have invested so much money and time in no longer seem as relevant? How do you fill the new positions that are emerging from the Digital Revolution outlined in the PwC report, and what is the most effective way to utilise your workforce’s skillbase?

It has been quoted that for every manager who leaves, a company loses US$100,000 . This is before the cost of having to recruit someone new and the loss of productivity during the period of training a new person within a role.

Imagine if you could retain that talent but transfer their skill base to another role within the company, maintaining the investment already spent and ensuring that their experience and skill base stays within the company? Cloud based learning solutions such as Brightwave’s total learning system tessello do just this – identify transferable skills that can be taken from one role to another.

Certain sectors have seen massive turnovers, with industries like retail averaging 50% of its annual workforce changing year on year. Many working on the shop floor have honed their customer service skills over the years. How easy would it be to apply this customer experience in another industry, or within a customer call centre or answering customer queries through social media accounts? Likewise, those working in sales and responsible for meeting targets, could easily transfer their skills in fundraising departments in charities.

At Brightwave we have a perfect example of this. Caroline Freeman, our Head of Learning Design, started her career in television as a project manager for the likes of Disney, Channel 4 and the BBC. Her role there included many skills and techniques that were specific to broadcasting but fundamentally her role was to create great stories for her audience. We recognised this and realised that our ultimate goal was engagement with our client’s teams – by creating a journey, or a story, that would take them from A to B and help them remember the process on the way.

Teasing out these skills and realising their potential can be gold dust for companies. Keeping good people and redirecting their skills into a different role is a sure way to retain loyalty and keep their experience while maintaining business momentum.

Flexible access to training and embedded learning within the workplace where people are sharpening their education and skills on a day-to-day basis, and sharing their experiences and knowledge, has contributed to making career changes possible.

Where previously interests out of work might have been seen as being irrelevant to working life, now articles read at leisure, conversations had with colleagues and friends and experiences generated outside of the traditional workplace can be captured and shared, bringing different sides of an employee to the attention of an employer and showing attributes which might identify potential within other roles.

This in turn is leading to an increase in job satisfaction with employers that can take their wider skill base and knowledge and integrate this in a work environment. Many companies are now advocating Bring Your Own Devices (BYOD) schemes at work as they are acknowledging that some employees having better and more up-to-date technology and more crucially know-how at home, than the company can often provide. Likewise, where many organisations used to frown on team members posting work specific content on social media sites, social media is now seen as an asset with many digital natives being instrumental in driving a company’s social media accounts.

Taking a holistic approach to your workforce and identifying the skills that can be transferred between roles could result in saving staff morale, jobs, costs, and ultimately – saving your business.

Caroline Walmsley is the Managing Director of Brightwave, who provides total online learning solutions such as tessello for clients looking for innovative and flexible learning and development solutions for their workforce.