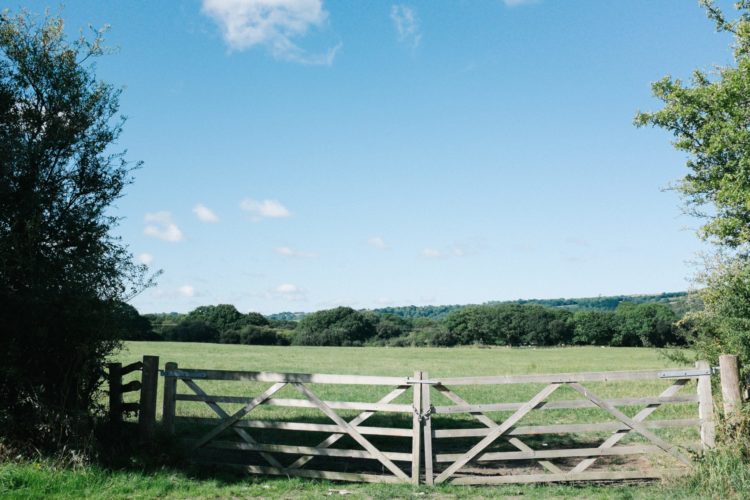 Setting up a business in the Great British countryside may seem like a dream come true, but the reality is that rural firms face many challenges their urban counterparts may not.

These challenges can sometimes mean closure for rural businesses, such as shops and pubs, but when a local rural business closes, the community is often found waiting in the wings to take it on! Harriet English, head of engagement at rural co-operatives charity Plunkett Foundation, talks through some of the unique hurdles facing countryside-based firms and how the rapidly growing army of community-owned co-operatives are helping join up the dots, making business work better for everyone.

The idea of running a business in the glorious British countryside – whether it’s by a perfect Welsh beach, in the foothills of a rugged mountain, in the heart of the Cotswolds or the prettiest Sussex village – is certainly idyllic. It conjures up pictures of bicycling to work along peaceful country lanes, doing business over cups of tea and cake in farmhouse kitchens, and knowing everybody within a ten-mile radius.

While there is no doubt that these images are rooted in reality – as it happens a lot of rural business is conducted in farmhouse kitchens, and people in country villages generally do know everybody else – there is also a harder side, and a set of challenges that businesses in urban areas may not have to face. Whether a community business or privately owned SME, thriving as a business in the British countryside is not a walk in the park… Here we explore some of the typical challenges.

One of the main issues with running any rural business is coping with slow internet speeds. In today’s fast-paced world, many SMEs absolutely rely on speedy communication – it’s often how they can run quite complicated businesses with few staff and overheads – but in rural areas, the problem of connectivity can be acute. An Ofcom broadband survey published in 2016 showed that internet speeds in rural areas were substantially slower than those in towns and cities, with the majority of areas having speeds of 10MB or less.

But work is being done. The Government’s Broadband Delivery UK scheme pledged to deliver superfast broadband coverage to 95 per cent of the UK by the end of 2017, with access to a basic 2MB service for everyone. In addition, private enterprises are working to provide better speeds for remote areas – a move that will surely be welcomed by the 537,000 registered rural businesses in the UK.

Another big struggle for rural businesses is poor transport links – whether it’s badly maintained roads making it hard to receive goods and deliver products, or the dwindling bus service which makes recruitment a headache, especially for businesses which rely on a seasonal workforce.

For anyone considering setting up shop in the countryside, my advice would be to consider very carefully your proposed location and how easy practical issues will be with regards to transport.

If the roads seem narrow and poorly maintained, ask the local highways authority whether any work is being planned to improve them – this information will also be valuable as it will let you know whether the roads near your business are likely to be shut for long periods while the works are carried out.

Also check out what public transport is available for any staff you may want to recruit, and whether there are any weight restrictions on local roads that will also make it hard for HGVs to access your headquarters.

It is undoubtedly true that crime figures are still higher in urban areas than they are in the countryside, but rural crime is still a big issue and on the rise. An NFU Mutual Report from 2017 said that rural crime in 2016 cost Britain £39.2million and there is plenty of evidence from police and victims that organised gangs are now targeting many rural firms such as farms and stealing large goods like vehicles and expensive equipment.

All of this means that rural crime is rising higher on the agenda for the police with many forces now putting extra resources and time into tackling the issue, but rural firms would do well to be aware of the dangers of crime and make sure they invest in the best rural security possible.

Over the past few decades Britain has seen a decline in rural amenities that are a lifeline for remote communities, with Post Offices and banks shutting up shop all over the place. Around half of the country’s bank branches have shut since the 1990s and this has hit the rural community hard – it’s very difficult for many businesses to operate when they have to travel for half an hour by car just to deposit cash.

Not only that, but lots of rural communities and businesses have also been hit with other types of closure, including the village shop or pub – which can then have a knock-on effect on many aspects of rural life, leading to isolation and the “flight” of families and young people to urban areas where the perception is that life is easier.

But there is an increasing movement to reverse this trend; at Plunkett Foundation our mission is to help rural communities all across the UK to rally round and rescue these amenities.

We have supported people up and down the country to get together and set up community co-operatives – whether it’s taking over the village shop, post office, pub or even woodland – and continue to offer these valuable local services for the long-term.

Although the community business may be established to prevent a specific service from closure, once it has been saved, the community ownership approach brings a wealth of wider benefits, including:

So, if you’re thinking of starting a rural business or you already run one, perhaps you would like to explore how you could integrate with and support one of our community co-operatives, use our maps to locate your nearest co-operative pub and community shop. It’s great for business, and it’ll give a real sense of “giving something back” too. When community co-operatives work collaboratively with rural businesses, it gives a huge boost to the corners of Britain which may be geographically remote but are still a home for many, in some cases going back for generations.

The perception about rural businesses has traditionally been that they are mainly agricultural based – but the truth is that countryside-based firms are these days are as varied as they are in urban areas. From digital media to cutting edge engineering, you’ll find it all in rural firms. Indeed, according to a 2017 Government business report – excluding London, there are in fact more registered businesses per head of the population in rural areas than there are in urban ones, and the numbers of rural start-ups almost equal those in towns and cities.

So while rural business owners may fight against the perception they are somehow not as efficient at business as they would be if based in a town, there seems no doubt that this is not putting people off setting up in the countryside. And, as we have seen many times over at Plunkett, running a rural business is a challenge that whole communities are willing to embrace!

That’s great news, because the rural economy is a vital part of Britain’s financial stability, creating tourism, trade and impetus behind one of this country’s greatest assets: its countryside. The key is to be aware of the unique challenges there may be to rural trade and go into business with a clear vision – that way, we can all hope to see rural firms continue to thrive and our precious countryside protected for future generations.

The Plunkett Foundation supports people, predominantly in rural areas, to set up and run life-changing community co-operatives; enterprises that are owned and run democratically by large numbers of people in their community. Harriet English is the charity’s head of engagement.