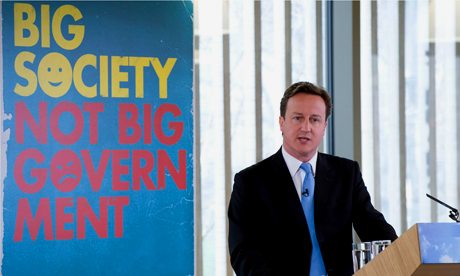 The latest Referendum looks at business owners’ attitudes to Corporate Social Responsibility (CSR) and coincides with the Government’s ‘trading for good’ initiative, part of the ‘big society’ agenda, which seeks to celebrate the role of businesses in their communities. We found that, while many already get involved – and others want to – they are concerned they get little support or encouragement in return to overcome the barriers standing in their way.

Creating jobs and training opportunities are the areas in which owner-mangers feel they provide most value in the sustainability stakes. A total of 40 per cent take on work experience placements from local schools and colleges, 40 per cent encourage their employees to continue learning – 15 per cent do not do this but would like to – and 32 per cent encourage staff to improve their health and wellbeing, with 17 per cent wanting to do this but not able to so at present.

However, just 15 per cent fulfil local leadership or governance roles, 14 per cent provide work placements or apprenticeships for unemployed people and only 12 per cent mentor other businesses, charities or social enterprises. Just 17 per cent allow their employees time off to support good causes and a tiny 3 per cent said they offer or encourage payroll giving – but more than twice that number (8 per cent) said they would like to do this.

A major barrier to community involvement is the need to focus every resource on the business itself, with 56 per cent of respondents indicating this, followed by time spent on red tape (48 per cent) and the lack of rewards (16 per cent).

Referendum was launched in autumn 1977 in order to provide small businesses with a collective voice and political representation. Many of the burning issues discussed then appear strikingly familiar today.

In the first survey Forum members were asked if high street banks should take more risks in financing small businesses. In all, 69 per cent were for this and 25 per cent against. In light of recent banking revelations it is interesting that the relationship between lenders and small businesses using their services was being similarly scrutinised back then.

Entrepreneurs were also asked questions about red tape – whether VAT returns should be submitted annually rather than quarterly – and also if public contracts and export guarantees should be withheld from firms breaking the pay freeze designed to control inflation.

In the ninth October 1978 Referendum the Forum outlined its ‘Program for Government’, which included calls for less red tape and tax, progressive policies on VAT, a review of planning restrictions, reform of laws governing private businesses, action on unfair competition, unemployment and social security payments – and improvements to access to finance.

Today, the Forum has evolved into one of the UK’s leading small business support organisations and continues to lobby for change on behalf of its members on a range of issues, including via its headline Get Britain Trading campaign.

Like its predecessor, the campaign calls for more progressive policies that allow firms to grow and create jobs – and which will certainly be required if more business owners are to be encouraged to embrace sustainability and become active in their communities.