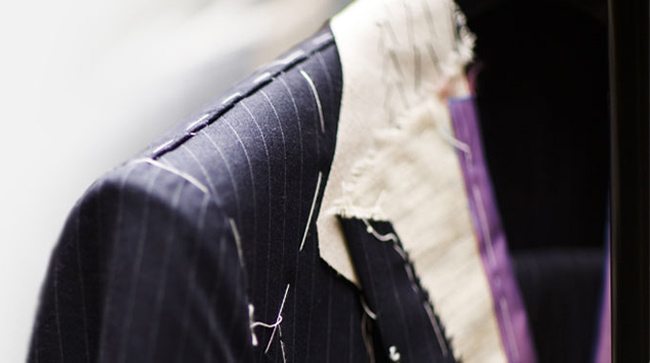 This is the view according to James Sleater co-founder of bespoke Savile Row tailor Cad & the Dandy.

“We heard Sir James Dyson saying last week that the lack of skilled engineers was the greatest barrier in the growth of his company and property entrepreneur Will Davies has been drawing attention to skill shortages in the construction industry but the same thing will happen in the tailoring trade if we do not provide adequate apprenticeships and training routes for youngsters joining the industry,” said Mr Sleater.

“Britain has always led the world in bespoke tailoring and our craftsmen are still the envy of every other country but we need more talented youngsters to make the decision that ours is the industry they want to work in,” he said.

Sir James Dyson said that he could employ another 2,000 engineers tomorrow if only he could find suitably trained candidates. He said that the lack of skilled engineers in the UK was the greatest barrier to his company’s growth.

The research from Simply Business the UK’s largest provider of insurance to small business reported earlier this year that there has been a huge drop in the number of skilled tradesmen in the construction industries. They found that the number of joiners had fallen by 17 per cent over the last three years and roofing businesses had dropped by 11 per cent. Also, 25 per cent of plumbers and 19 per cent of bricklayers have left their trades over the last four years.

“The government says that it is preparing to invest in infrastructure projects and home building. Where do they think the skilled tradesmen will come from?” said Mr Davies – who is the co-founder of aspect.co.uk and a long-term campaigner for a return to a traditional system of apprenticeship training.

“There are over one million young people outside education or training within the UK and yet many industries are facing daunting shortages of skilled craftsmen,” said Mr Sleater.

“We hear that there is an average of 11 individuals chasing every apprenticeship that is offered. We have to look closely at the quality and suitability of the apprenticeships on offer in the UK and make more of them available,” he said.