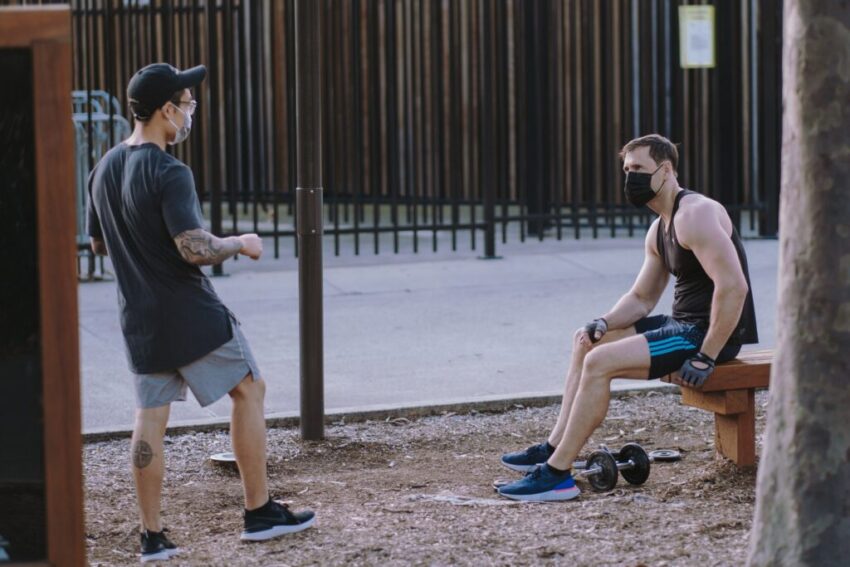 After months away, the big office return is beginning to feel a little more real. But what will have changed?

Trepidatious steps are being made towards a full return to offices and workplaces. Whether in retail or not, the news that all non-essential shops will be able to re-open from June 15, instantly turned many business owners’ minds towards their own office re-start date.

Inevitably it will lead to a series of questions from employees about how this process will be managed, what protocols will need to be followed, and the extent to which some of the flexible working regime will remain in place.

Such has been the length of lockdown that for business owners the next few months may feel like starting over. For office-based businesses, determination to make the ‘new normal’ work has put the notion of returning to pre-Covid routines in a workplace environment on a mental backburner.

And the reality for many is that they and their employees will not be returning to life as it was before the pandemic took over. In fact, in many ways, this is a good thing and one we might all look to embrace. It is the ‘future of work’ stuff we didn’t think we were quite ready for, but turns out – by and large – we are.

Future of work a reality

Video conferencing is the most obvious example. In the bunkered down Covid-19 world businesses large and small have been held together by it. Critical deals have been done, introductions have been made, employees have been bound together by the shared experience, and some have had to receive or relay bad news that in other circumstances could only be delivered in person.

No doubt, some conversations will revert post-Covid-19 to being in the same place at the same time. But there’s a sense that what has changed is somewhat irreversible.

Here are six other things we can expect to see become the new normal.

1. Office sharing with other companies

Covid-19 has had a profound impact on almost every small and mid-sized business’ finances. Very few will return to offices in ruder health than they left, so finding workable solutions will figure highly.

It won’t happen overnight as continued social distancing will prescribe that there is more space between employees, but in time, sharing space with other companies will become more common.

Many businesses will have furloughed at least initially, but may cut back to a leaner team. Office rent on longer leases will need to be paid and one solution will be to match-up with those that have relinquished their larger spaces and still need a convenient location.

2. Leasing office space for only some of the team

The other option for those scouting for space in the next year will be to accept that there is no need to invest in an office fit to house an entire workforce. Instead, we’ll probably all consider whether we only need capacity for 50-60% of our employees.

Trust for many owner-managers has been one key reason why more flexible working practices have not already been embraced. Fears that members of staff wouldn’t be equipped to work from home and that productivity would fall, have largely proved unfounded.

And if anything, the period of lockdown has helped employers identify shirkers and to put in place approaches and measures to ensure everyone delivers. Training and development needs, the social aspects of work, and generating an energy around projects will still often require being together some of the time. But office stand-ups, town hall meetings, client calls and creative sessions don’t have to be done in person.

Again, some of us have already moved towards hot-desking where employees flexibly use any desk available and most of us operate in the Cloud, living the paperless dream. But until Covid-19 I would suggest the vast majority of our staff felt some ownership of their particular part of the office and often had a few items of IT hardware.

While you can’t lug a second monitor around if dual-screen is your preference, this might be the only thing employers need to have in place. The vast majority though will now be happy to work from a laptop alone with a smartphone to make and receive calls. So beyond call centres, advanced telephone systems and desktop computers are likely to be an unnecessary expense for many. Cashflow management will be all the healthier for it.

Ask yourself, will you be as happy to sign off expenses for planes, trains and petrol in order for members of the team to meet prospects at home and abroad? Will you still see the value in company cars?

Some will, but again, I’d contend that letting people into our homes has broken down all sorts of barriers. Connections and deeper relationships have been forged through virtual meetings and perhaps we’ve become less interested in the facade a salesperson might normally hide behind.

Inevitably there will be times when being seen to make the effort to visit a prospective client will carry weight. Building relationships over lunch will also have a novelty factor for a while, but with finances likely to be uppermost in thinking for some time, we’ll see business travel become a luxury.

5. Rise of virtual events and communities

The same goes for attending events all over the country or abroad. Admittedly, the majority of the value is not in the speaker agenda at big conferences, but in the break-outs, on stands, and at after-parties.

How event organisers will successfully build communities and valued networks in sector verticals remains to be seen, but we’re heading in that direction. An example is CogX, the festival of AI, which like many has gone virtual with a line-up of 600 speakers expected to draw 50,000 virtual attendees.

Critical to its success though will be the networking and the event app’s new ‘meeting maker’ service will no doubt be looked at with interest by other event organisers.

Finally, at Fluidly we have been able to see the impact on thousands of business’ bank accounts – the percentage that fell into the red, but crucially, the average overdraft usage.

Inevitably, overdrafts spiralled out of control for many in March and under the government’s CBIL and BBL loan schemes, the incumbent big banks have figured prominently due to their access to cheaper capital.

Under these schemes it’s unlikely many alternative lenders will be able to provide a compelling offering, but this will ultimately change. Delays in approving urgently needed loans and a level of inflexibility around which businesses would be helped, has led to calls for greater access for fintechs.

Open banking and algorithmic decision making would have enabled faster decisions at higher volumes, which might have secured the survival of more small businesses. The pandemic fall-out may lead to a review of lending and Banking Competition Remedies Limited (BCR), which was established to implement measures that support greater choice around lending and switching, will build on the inroads made.

In sum, a faster, more agile, leaner approach to business in many regards will be the legacy Covid-19 leaves us with. And, tough as it has been, in the years to come we will feel the benefit.

Serial entrepreneur, tech innovator, small business expert and one of the 1% of VC-backed female business owners, formerly one of the Prime Minister's Business Ambassadors, and awarded an OBE in 2016
View all posts

Serial entrepreneur, tech innovator, small business expert and one of the 1% of VC-backed female business owners, formerly one of the Prime Minister's Business Ambassadors, and awarded an OBE in 2016