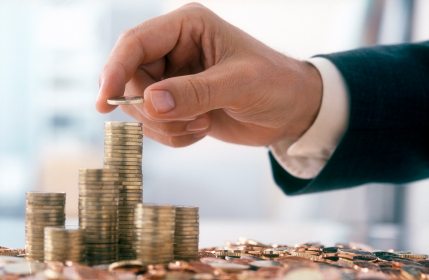 The international think tank warned that the poor performance of British pension companies could leave people retiring without enough to live comfortably reports The Telegraph.

The OECD said that returns on money invested by pension companies on behalf of savers fell every year between 2001 and 2010.

Every other developed country – with the exception of the US and Spain – saw an increase in the size of people’s pension pots, including Chile, Portugal and Korea.

Pension companies in Britain invest a higher proportion of their money in stocks and shares rather than government bonds.

The credit crunch and subsequent falls in the value of shares have exerted “major stress” on these private pension funds.

The think tank warned that the bad performance could leave British retirees with inadequate funds to live off when they stop working.

“Such disappointing performance puts at risk the ability of private pension arrangements to deliver adequate pensions,” the OECD said.

Lord McFall of Alcluith, the former chairman of the Treasury Select Committee, said that the OECD’s findings “begs the fundamental question” about whether the UK industry is structured correctly.

Darren Philp, policy director at the National Association of Pension Funds, which represents the UK pension industry, said that pension funds’ investment performance has been “very poor” because of the “exceptionally weak worldwide economic environment”.

Mr Philp said: “UK funds are broadly in line with the global average but that performance is disappointing nonetheless.

“The UK will struggle to pay for its retirement and the weak returns of recent years make it even more important that we improve these pensions. Strong workplace pensions are a must.”

Mr Philp added that an increasing number of final salary schemes have been moving out of equities in recent years as pension funds attempt to reduce their “exposure to risk”.

The bad performance of UK workplace pension funds was only outdone by the US and Spain, where the value of money in pension funds has fallen by between 1 and 2 per cent a year over the last decade.

The OECD said that the introduction of so-called auto-enrolment in the UK later this year, which will see millions of workers automatically offered workplace pensions, will help people to save for their retirement.

Steve Webb, the Pensions Minister, said that the OECD report highlights how “vital” it is that the UK has a “sustainable” pension system.

“That is why we have to raise the state pension age, provide a simpler, fairer state pension which provides a foundation for further saving, and extend working lives,” said Mr Webb.

The OECD obtained the figures from the UK’s Pensions Regulator. In the UK the average annual return on pension funds has fallen by 0.1 per cent every year between 2001 and 2010.

By contrast returns on pension funds in Chile increased by an average of 5 per cent a year, 4 per cent in Poland and 3 per cent in Germany.