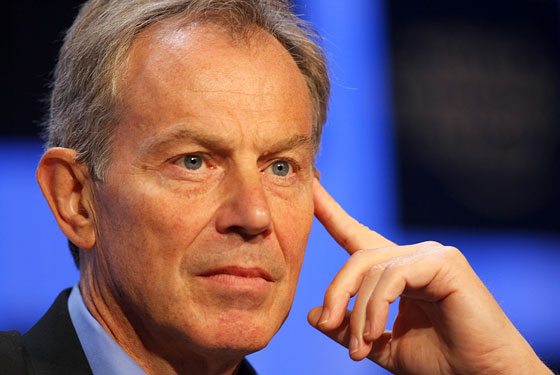 Former Prime Minister Tony Blair has said he is “deeply worried” that Britain will leave the European Union via a referendum reports The Telegraph.

Mr Blair also told a German newspaper that the UK’s exit from the EU could be sparked by too much power being transferred to Brussels.

David Cameron said in July that it was a “perfectly honourable position” to call for a referendum on Britain’s membership of the EU – something polls show a majority of British people would vote to reject – but has resisted pulling the country out of his own accord because of fears it would harm UK interests.

Mr Blair told Die Zeit it was clear that the ongoing eurozone debt crisis would lead to a “powerful political change of the EU”, adding: “And on this point, I am deeply worried that Britain could decide by referendum to leave the whole process.”

“If more competences are transferred to the EU, then its democratic legitimacy must be built up too,” he added. “Britain must play a strong role in this. Because we need a balance between European institutions and the nation states.

“If this is done wrongly, we could create a political crisis that could become just as a big as the euro crisis. People will not go along with the abolishment of the nation state.”

Mr Cameron has often attempted to take a hard line with Europe, most notably by vetoing a new fiscal treaty in December.

Sceptics say EU regulations hold back Britain’s £1.59 trillion economy and that leaving the 27-nation bloc would allow London to restore its sovereignty while saving billions of pounds in membership dues.

However, supporters of the UK’s participation in the EU argue that Britain would lose influence if it left the union, and that its economy would still be influenced by rules made in Brussels anyway.

Official stastics showed last month that Britain is exporting more goods to countries outside the European Union than to countries inside for the first time since the UK joined the Common Market in the 1970s.