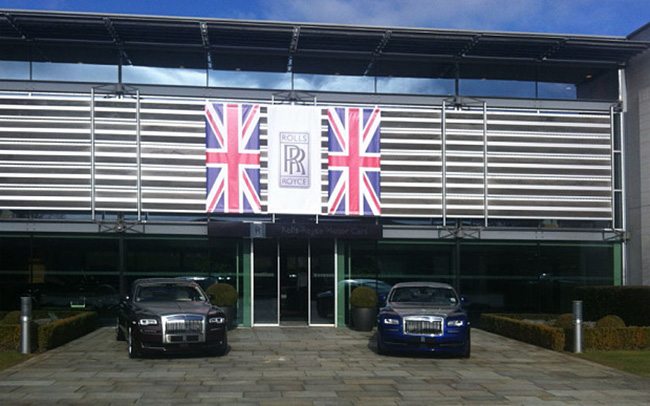 Britain’s car manufacturing industry looked to have taken a body blow when Rover collapsed a decade ago. As Wednesday saw the 10th anniversary of the marque’s failure with debts of £1.4bn, pulling the plug on 6,300 manufacturing jobs at the West Midlands car manufacturer and claiming a further 3,000-plus positions in its supply chain.

Alan Tovey, Industry Editor at The Telegraph looks at how ten years on the British motor industry has its foot well and truly on the gas.

The demise of Rover’s Viking longship logo was just the latest in the company’s long-running troubles. The business had been the unwanted “prize” an industrialised version of pass the parcel for years, having been sold by the Government to British Aerospace in 1988, only to be sold again six years later, this time to BMW.

Despite producing more than half a million cars a year in the late 1990s, Rover was making annual losses of £750m and the German giant had had enough by 2000. It sold the Land Rover marque to Ford and what was left of Rover was on the brink closure.

After a flirtation with private equity, salvation came in the form of the “Phoenix Four”, a group of four businessmen who bought Rover for a nominal £10 – and got a near-£500m “dowry” to take it off BMW’s hands.

The four – John Towers, Peter Beale, Nick Stephenson and John Edwards – hoped to leverage the marque’s sporting past by rebranding it MG Rover with promises of new models and also intentions of employees taking stakes in the company.

Initially the Phoenix Four enjoyed strong local support, including a public “March for Rover” and a campaign against the purchase of BMW vehicles.

But by 2005 the dream was over with the business in administration. The following years revealed that the four men between them received £42m during their time in charge, while creditors and employees were left fighting for what they were owed from the scraps of MG Rover.

Towers, Beale, Stephenson and Edwards all came in for scathing criticism for their actions behind MG Rover’s wheel, and in later years were banned from becoming company directors for a 19 years between them.

But as the claims and counter-claims began, the administrator was quick to act, selling key assets to Nanjing Automobile Group. There were hopes production would restart at Rover’s Longbridge plant under the new ownership but just months later equipment was being shipped to China.

Volume car manufacturing appeared to be ending in Britain – and with the financial crisis brewing, on the face of it the picture would only get worse.

Fast-forward a decade and that bleak outlook hasn’t come to pass. In fact, the reverse has taken place.
Mike Hawes, chief executive of industry body the Society of Motor Manufacturers and Traders (SMMT) proudly speaks of an “automotive renaissance” when describing an industry that is – perhaps against odds – in top gear.

The biggest driver of this growth is resurgent Jaguar Land Rover (JLR). Bought by Tata from Ford five years ago for £1.4bn, that price-tag now looks a steal. Its Indian parent has pumped in £10bn since the acquisition, with plans for a further £3bn of investment this year. The results speak for themselves: over that time JLR’s annual sales doubled to more than 450,000 vehicles and revenues near tripled to £19.4bn with annual pre-tax profits of £2.5bn.

But while JLR may enjoying the most voluminous success, Sussex-based Rolls-Royce is seeing even stronger growth at the very upper end of the market. The BMW-owned marque sold fewer than 1,000 vehicles in the year Rover failed: last year it broke through 4,000 for the first time.

“There are several factors behind the UK auto industry’s renaissance,” says Professor David Bailey, an industry expert at Aston University. “Some were luck, like the exchange rate with sterling depreciating – God knows what would have happened to our car manufacturing if we had been in the euro.

“But foreign owners came in and invested and Britain’s car industry made the move to upmarket cars. We don’t really make cheap cars any more: in the past 15 years the value of cars produced here has increased by 30 per cent above inflation.”

This drive upmarket has meant that growing middles classes in emerging economies are clamouring for the cachet that having a luxury British car parked in the drive delivers.

It’s investment that has been the key to success according to Mike Wright, executive director at JLR.
“Issues like MG Rover’s collapse were very significant for the region but Jaguar and Land Rover were continuing and investing to a certain extent so we could launch new cars which made the downturn not so significant.”

Other global car companies with UK operations – such as Nissan and Honda – were also able to invest through the downturn and this is now paying off.

“For us the pivotal moment came with Tata’s purchase,” says Mr Wright who worked for Rover, Land Rover and Jaguar under previous owners including BAE, BMW and Ford. “If you are not designing and engineering great new cars to manufacture and then sell around the world… that’s where you run into trouble.”

Unions now have a collaborative approach, rather than the confrontational one of the “bad old days” (pictured left), adds Prof Bailey. “They take a supportive and sensible policy and work together with rather than against companies. In Europe it’s not the same: if a global company wants to invest in a plant or close one then the UK is less likely to be looked at then one in Europe because of this,” he says.

Evidence of how successful this policy is came last month with £1bn of investment in UK car manufacturing announced in the space of seven days. China’s Geely revealed a plans for a £250m new factory to manufacture black cabs, Japan’s Honda said it would spend £200m making Swindon the global hub for its Civic model, and JLR put the remainder into an engine plant and expanding its design centre. In the longer term, Ford has invested £1.5bn in low emission engine technology and plants in Britain over the past five years.

This renewed confidence is feeding out into the wider economy. With 80 per cent of the cars produced in the Britain sold for export, the industry comprises 10pc of UK exports. According to the SMMT, as well as generating a turnover of £64bn, with £12bn added value, the industry also directly employs 160,000 people and a total of 770,000 across the wider sector.

As Bailey puts it: “The UK’s car industry isn’t the size it once was – Rover was a huge blow and then the recession came – but what was left is growing, and what we do have is world class.”