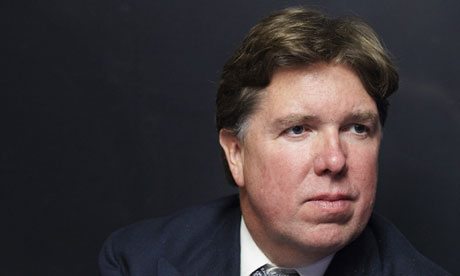 Paul Tucker, the Bank of England deputy governor who is frontrunner to succeed Sir Mervyn King next year, has clashed with his boss, saying he does not want the full separation of retail and investment banks, reports The Guardian.

He told the parliamentary commission on banking standards that even if full separation of banks was enforced by law, the economy would still be at risk of being “blown up” by non-retail banks and other financial institutions.

His comments, coming weeks before the chancellor, George Osborne, is expected to name King’s successor, reveal a split with the governor, who has been pushing for full separation for the past five years.

Osborne is expected to name the next governor with his autumn statement on 5 December and urged the banking standards commission this week to avoid “tearing up” the consensus on reform by pushing for a full bank break-up. He rejected the idea that ringfencing would fail to tackle the risk-taking culture that led to the financial crisis.

Tucker supported reforms proposed by Sir John Vickers to ringfence retail banking and said any further delay in implementing the change could damage the economy. “We should get on with Vickers and I think it will be damaging in all sorts of ways, most importantly to credit conditions if there is a further prolonged period of uncertainty.”

King, who has seven months to serve, agreed the government should implement Vickers now but said there should be a review in the future to decide “whether we need to go further”.

The government needed to define more clearly what banking services it wanted to ringfence. Clarity, said King, was crucial to avoid banks lobbying the regulator. “For the regulator to be effective, it has to be able to use judgment. But if judgment ends up simply as a negotiation between the regulator and the regulated bank, there’s only one winner in that and I think that will be a very bad outcome.”

Tucker also disagreed with the Bank’s executive director for financial stability, Andy Haldane, who is in the running for deputy governor. Haldane, who was also giving evidenceon Thursday, said loans, mortgages and loans to small and medium-sized businesses should all be within the ringfence, but Tucker said non-ringfenced banks should offer small business lending too.

Haldane said directors should be primarily responsible for ensuring their bank was implementing the ringfence. But regulators should police compliance and punish any bank found to be in breach by requiring that bank to hold extra capital. Beyond that, he said, the regulator should have powers to restructure any bank found “burrowing under” the ringfence.

Among other proposals by Vickers was a so-called leverage cap for banks of 4% – essentially the ability to lend out 25 times capital. The government watered that down to a 3% cap – which would allow banks to lend out 33 times. King said this was “much too high”. In countries where the banking system was very large, he said, it was in the interests of the government to have a much tougher leverage ratio.

King said regulations would only ever require the minimum of banks. Since the financial crisis, investors have been demanding that banks hold more capital and conduct their business in less risky fashion. “The economics of investment banking is changing – has changed considerably – and that itself is driving the new generation of leadership in banks to recognise that it is in their own interest now to change the culture.”

The trouble banks had in raising funds would be exacerbated by uncertainty over the compensation and fines they may have to pay over the Libor scandal, as well as other regulatory fines. “It’s one of the uncertainties that is weighing on banks and will add to the difficulties they will have in obtaining funding,” said King.