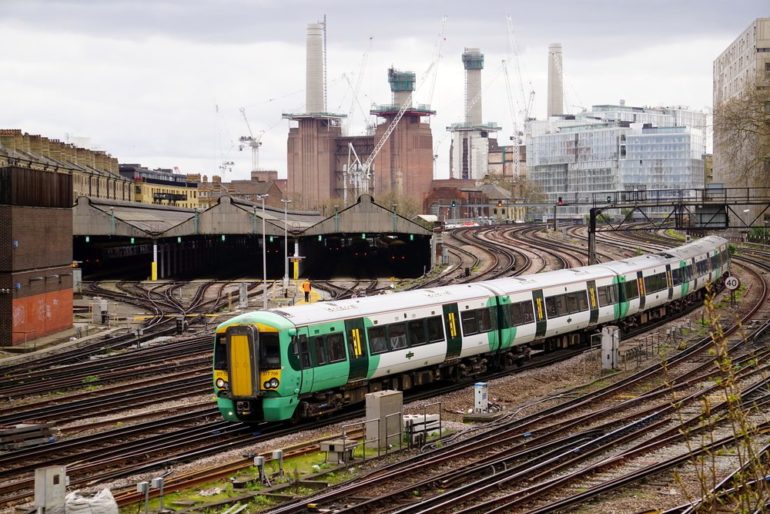 Transport Secretary Chris Grayling says passengers have been let down and that the blame can not entirely be pinned on strikes.

The owner of Southern Rail has been ordered by the Government to pay £13.4m for improvements after its poor performance caused months of delays, Sky reports.

But the payout, outlined in a letter by Mr Grayling to Govia Thameslink Railway (GTR), was described as a “whitewash” and not even a “slap on the wrist” by the RMT union.

Mr Grayling said: “Passengers who depend on Southern have been badly let down.

“The union industrial action that has so often disrupted services is totally unjustified and must stop now. But GTR must also do better in providing services to its passengers.

“When trains are cancelled unnecessarily it can cause huge disruption. And when trains are shorter than they ought to be, it can leave already busy services unbearably overcrowded.”

Mr Grayling added that performance on the line had improved dramatically since Christmas as the scale of industrial action has decreased, but that it was “still not good enough”.

He said a claim of “force majeure”, or unforeseen circumstances, by the company could not explain, in many cases, the number of trains cancelled or the length of trains in service.

He said: “This latest whitewash of the Southern Rail shambles by the Government is hardly a surprise when they’ve been up to their necks in this fiasco right from day one.

“This pathetic response to the abject failure by Southern/GTR to deliver on their contract doesn’t even stack up to a slap on the wrist.”

Under the deal, GTR will pay £4m to fund 50 on-board supervisors for two years from January, while £7m will be put into a fund for the Department for Transport to allocate projects and improvements for passengers.

The remaining £2.4m will go towards target performance improvements and GTR must submit plans on how it will do this to the Government.

Southern has been involved in a bitter dispute with unions over proposals for so-called driver-only operated trains, with conductors holding several strikes in the past year, while drivers have separately walked out due to the row.

But the railway has also been impacted by extensive improvement works, with GTR admitting it had “underestimated” the impact of this on the service.

It is understood the settlement would have been higher if the company had been found completely responsible for the disruption.

Charles Horton, chief executive of GTR, said: “We are pleased that this issue has been concluded, and accept and are sorry that our service levels haven’t been good enough for passengers.

“We run the most congested network in the UK, where passenger journeys have doubled in the last 12 years.”

Shares in Go-Ahead, majority owner of the company, rose nearly 1 per cent following the announcement and were almost 1.5 per cent up by the close.

Go-Ahead, which owns 65 per cent of Govia, with the remainder owned by French firm Keolis, said the £13.4m figure was close to its expectations and “resolves financial uncertainty relating to past industrial action”.

London Mayor Sadiq Khan said the penalty would be no consolation for commuters who had suffered “appalling service and spiralling fares”.

He called for ministers to break up the franchise and allow Transport for London to take over suburban routes.

Lianna Etkind, of the Campaign for Better Transport, said the money being spent by GTR was “too little, too late” and that the Government should take over the line.