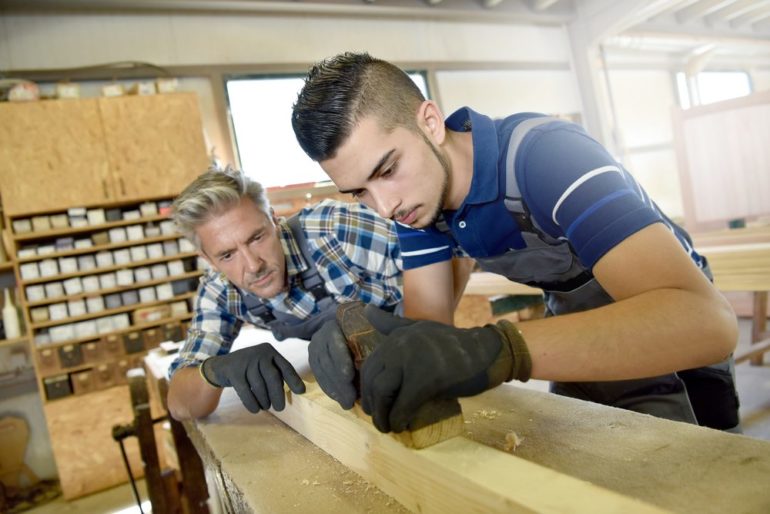 Business leaders called on the government to rethink the apprenticeship levy in its current form, after new figures showed a steep drop in apprenticeship starts since the levy was introduced.

According to figures released by the Department for Education (DfE) today, there were just 43,600 apprenticeship starts between May and July of this year, down from 113,000 for the same period last year, City AM reports.

A new apprenticeship levy was rolled out for firms with a pay bill over £3m each year in April, announced by the government as a means of funding apprenticeship training. It is expected to raise around £2.8bn by 2019-20.

The government had set the target of creating 3m apprentices by 2020, with the DfE previously saying, “the levy will boost economic productivity, increase the country’s skill base and give millions a step on the ladder of opportunity”.

But on its introduction, the levy faced criticism from business groups for being rushed out.

Helen Dickinson, chief executive of the British Retail Consortium, said: “The 61 per cent decrease in apprenticeship starts since the introduction of the levy confirms the retail industry’s view that the levy, in its current form, is not working.

“A lack of flexibility in what the funds can be spent on is preventing retailers from making the most of apprenticeships. The industry recommending that the government flexes the system to enable retailers to draw down levy funds to cover the cost of backfilling roles while apprentices are off the job.”

Meanwhile, Neil Carberry, managing director for people policy at the Confederation of British Industry, said the figures would “come as no surprise to companies”.

“Businesses believe in apprenticeships but there can be no argument now – reform of the levy system is needed urgently to ensure its success,” Carberry said, adding that challenges of the levy ran deeper than timing.

“There is still time to get the levy right but this needs real urgency,” he said. “In the long-term, the right choice is to evolve the system into a flexible skills levy.”

“It may take time for organisations to adjust to the new funding system, and so it is too early to draw conclusions based on the number of apprenticeship starts recorded since May 2017.”