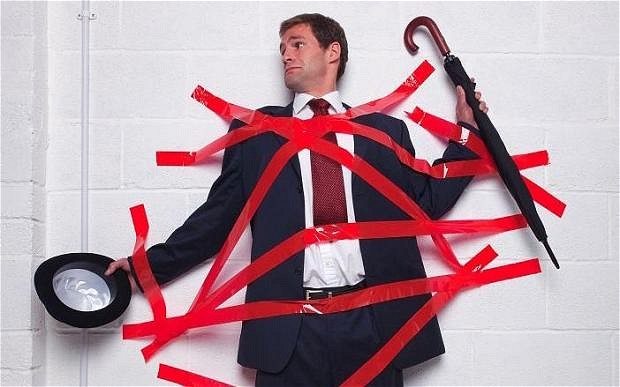 The RPC found that of the 443 “impact assessments” for proposed regulations filed by government departments last year, 82 were not fit for purpose. But this was a marked improvement on 2011, when almost a third of new rules were flagged as poorly conceived, reports The Telegraph.

The RPC’s chairman, former Powergen director Michael Gibbons, said: “There has been a significant improvement and we like to think we’ve been a part of that – [our oversight and opinions have] raised the standard of work.”

However, he said that “one in five failing at the first pass is too many”, adding: “There is a move in the right direction but there is a long way to go.”

He also warned there was “a disappointingly low proportion [of proposals] where we have no significant concerns”.

Common problems include departments not examining alternatives to regulation and a failure to quantify the costs to business of new rules.

Whitehall has also been found to be exaggerating the savings associated with outgoing regulations in order to allow complex and costly new red tape to be brought in under the Government’s flagship “one-in, two-out” red tape policy.

The worst performing departments included the Home Office and the Department of Health. The Business Department received the most “red” warnings over its proposals.

The Government had said that a red rating – which means “not fit for purpose” – for a proposal under the RPC’s “traffic light” system would prevent regulations from progressing but a number have gone through despite this warning.

Last year, the British Chambers of Commerce said departments were often failing to heed the advice given by the RPC to improve planned rules rated as “amber”.

Mr Gibbons added that the RPC has started publishing the opinions it gives to the Government on its website so “external stakeholders have access to [our] independent opinions that Ministers have seen just before they make their final decisions on [new rules]”.

The Government is currently in the process of “scrapping or reducing” 1,900 regulations through its “Red Tape Challenge”.