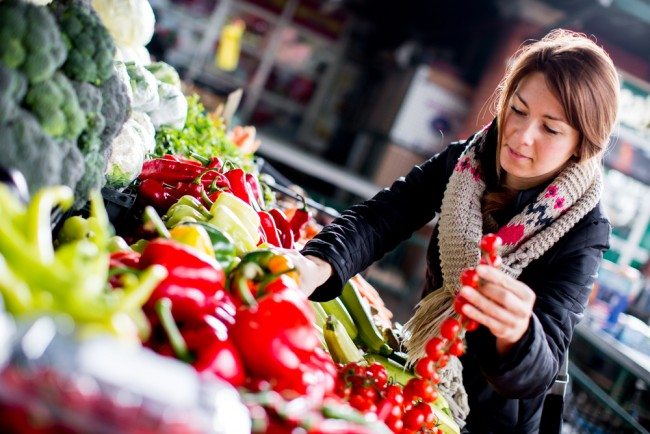 Prices in British shops have moved into their third year of decline as a result of widespread supermarket discounting and cheaper fresh food, reports The Guardian.

The British Retail Consortium (BRC) said shop prices in May were down 1.9 per cent on last year’s levels, unchanged from April’s rate of decline and the 25th straight month of deflation. The fall will reinforce expectations that the broader official measure of inflation in the UK will remain low for some months to come after turning negative in April.

The BRC found food prices again fell 0.9 per cent in May while non-food deflation held at 2.5 per cent.

Within those categories, fresh food fell at a record pace of 1.9 per cent thanks to meat, milk, cheese and eggs all being cheaper than a year ago, according to the BRC report with market research company Nielsen. Comparable records began in December 2006.“Retailers continue to use price cuts and promotions to stimulate sales which is helping to maintain shop price deflation, and we see little evidence to suggest that prices will rise in the near future,” said Mike Watkins, Nielsen’s head of retailer and business insight.

He predicted that discounting will help keep the official consumer price index (CPI) measure of inflation low for some time.

“With many food retailers still using price cuts to attract new shoppers, this is lowering the cost of the weekly shop and so the overall CPI figure in the UK. Deflation and price led competition will continue to be a key driver of sales growth for some time yet,” added Watkins.

In non-food, the BRC said deep deflation was recorded in clothing and footwear, electricals and books, stationery and home entertainment. Health and beauty remained in inflationary territory.

For now, economists and policymakers appear unconcerned about inflation turning negative, saying it will likely boost consumer spending. Bank of England governor Mark Carney has told people to “enjoy it while it lasts”.